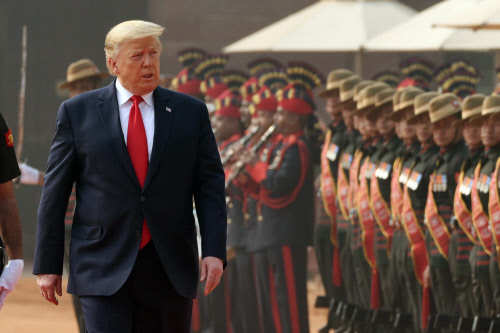 Outgoing US President Donald issued an executive order on Monday to lift travel restrictions on European countries and Brazil imposed by his government in the face of the coronavirus pandemic.

Travel restrictions for several other countries, including China and Iran, remain in effect.

A decision in this regard, he said, will be taken after the January 12 directive (CDC) that require proof of a negative COVID-19 test or documentation that they have recovered from COVID-19 for all air passengers coming to the United States from abroad.

Trump said the European Union, Britain, Ireland and Brazil will work with the US in the implementation of the CDC order of January 12, 2021, and that the tests conducted there will produce accurate results.

The previous travel restrictions were announced on March 14 and May 24 last year.

ALSO SEE: The startup behind Chhota Bheem, Motu Patlu and Shikari Shambhu is back with an IPO plan – after a series of acquisitions and fundraisers

Rashmika not happy with her reward?

How to watch and stream Come Dine With Me