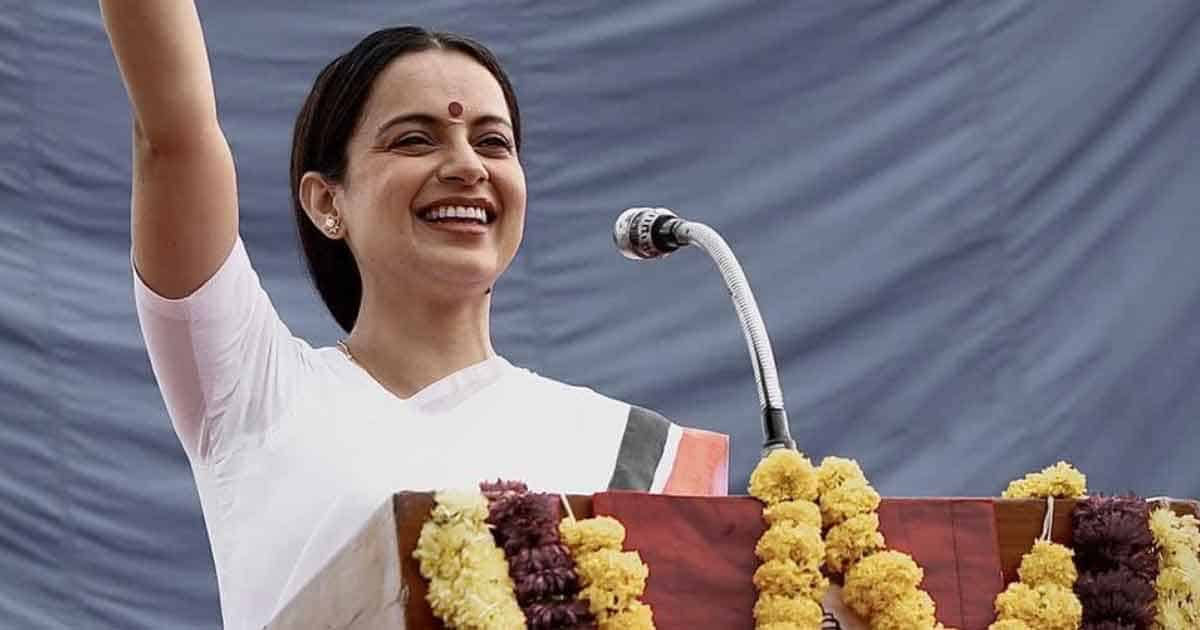 We’re just a day away from Kangana Ranaut’s highly anticipated Thalaivii. The film will hit theaters nationwide tomorrow. In recent days, we have seen the film garnered critical acclaim for its performances. So, it’s guaranteed, Kangana doesn’t disappoint us. The only hurdle now is the COVID fear among people. Akshay Kumar’s Bell Bottom did bring some audiences to the theaters. But it’s not enough if the movie is as big as Jayalalithaa’s (Amma) biopic. Leaving aside the theatrical part, let’s see how the film fared here, in our ‘How’s The Hype?’

Teri Aankhon Mein has Kangana and Arvind Swami record a romantic song on an old movie set. The song gives the old-school vibe with the styling and music. It was liked by 69% of voters here.

The poster shows Arvind Swami running away from Kangana Ranaut, with a new September 10, 2021 release date revealed below. 61% of voters like this poster.

Chali Chali was the first song released from the movie album. It makes Kangana dance by a waterfall, on a movie set. The nice song has been liked by 61% of voters here.

The poster we’re talking about is one that depicts Amma’s (played by Kangana) transformation from a politician to an actress. Kangana is seen with a victory sign while beaming a radiant smile. It was liked by 71% from our audience.

Just watched #ThalaiviTrailer. The much talented and versatile actress @KanganaTeam shows her different stages as #Thalaivi with powerful performance. Kangana’s remarkable transformation is sure to shock. Congratulations and best wishes to the team Thalaivi. @thearvindswami pic.twitter.com/luAWCQbTac

Trailer is the trump card of the film and that has been proven here. Kangana plays an act of a shy girl turned actress and politician, and it touches hearts. Arvind Swami as MGR also makes his presence felt. The trailer made an impression 76% of our voters.

Kangana Ranaut had revealed her look as Amma in a white sari. With a sleek bun with a big round bindi and glowing skin, Kangana looked exactly like Jayalalithaa. Around 81% of the people loved it.

Arvind looked extremely effortless and confident in the teaser as MGR. The teaser was purposely kept in the monochrome effect which made it look real. Around 88% of the people liked it.

The first look had Kangana in a signature pose of Jayalalithaa and some moments from her younger days. After its release, it received a mixed response, as many said prosthetics were clearly visible. Somewhere around here 64% of the people liked it.

Altogether, 70% of our audience gave a thumbs up for Thalaivii here. As our title says, “good offer but bad timing” describes the state of Kangana’s biggie, as the film has potential to deliver, but COVID fear is a big dent. Nevertheless, the film is expected to deliver most of what’s available, with the OTT market eagerly awaiting its arrival.