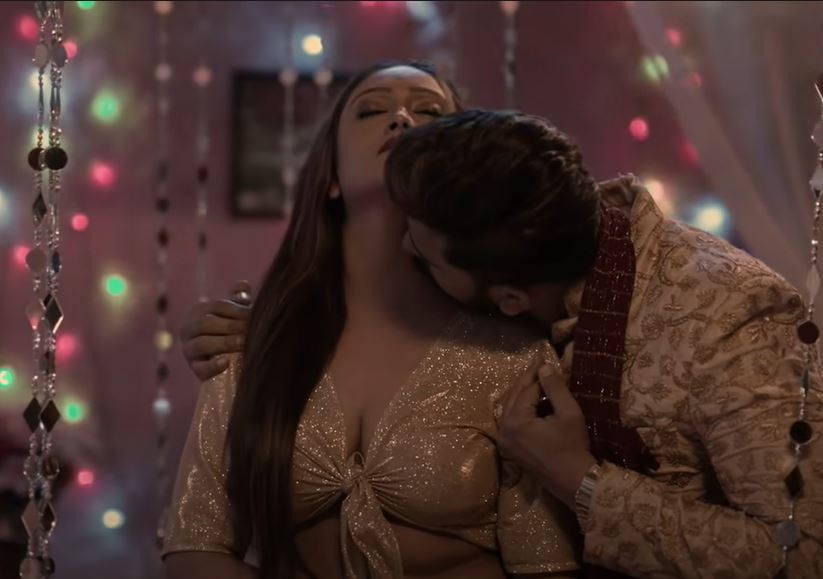 ULLU Original brings another fantastic and exciting web series to amuse its viewers. This time around, the concept of the upcoming web series named Gaachi seems quite unique. Yes, the trailer shows that the story will easily increase the madness among the fanatics. Since the Charmsukh series of the OTT platform was released and created a sensation on social media, several other series have also gained popularity. In the long list of ULLU Original web series, numerous titles are available to make the intact screenplay very attractive.

As we mentioned above, the concept in this web series is different. The creators try to show the injustice to women and the story will totally amuse any fan.

However, due to the risqué scenes of some of the platform’s web series, everyone is turning it down. Still, its popularity hasn’t changed in the least.

The trailer for this web series has gotten more love from the public than the last one. Everyone is eagerly awaiting this wonderful story. In this we will talk about every detail of the Gaachi web series.

You will also get to know the actresses who made this wonderful story even more enjoyable. This time, the makers have handled the beauty in the story well, because four beautiful actresses play an important role in it.

As we have already seen in the trailer, it is clear that the story will entertain everyone a lot. If you’d like to check out the full trailer for the series, it’s below and you can get a good hint at what the story is going to do this time around.

The story of the Gaachi web series revolves around a village where people live with great differences between men and women. The trailer shows that the women are together on a farm in the early morning hours.

They talk to each other about a bad habit of their husbands. All the men in the village are used to going to Gulab Jaan’s brothel.

Upon reaching this place, he quenches his thirst for lust from prostitutes. Not only this, they give more importance to Gulab Jaan’s brothel rather than their own wives.

After that, some women start to stand up for themselves, but some men in power punish those women. Later, the girls of Gulab Jaan’s brothel also want to have a family of their own, but Gulab Jaan refuses to tell them that she cannot have a family of her own.

When a girl asks her, she says that these guys support all those girls at night. The Gaachi Web Series Trailer suddenly took a major turn when a girl from a brothel was violently raped in her home.

She raises her voice to get justice, but the village authority punishes the girl for resisting men. The story shows the girl who kills the man when he visits her again to fulfill her dirty desires.

Now the trailer didn’t show much of the series, but you can check out the full web series after release. There are very few moments left and then all viewers can watch all episodes without any hesitation.

ULLU Original Gaachi Star Cast indicates that the web series will entertain fans a lot. This time around, the series features some big faces that are already prominent across the country. The names of the actress who starred in the upcoming ULLU Web Series are listed below.

The performances of the stars will also grace the whole story as they are all fantastic and talented in playing roles in various web series. The upcoming ULLU Original series will be released on January 21, 2022.

You can check out the official app after subscribing to the app. So don’t miss watching the exciting and enchanting web series. In addition, continue your visit on our All Social Updates.

Capitani Season 2 is coming to Netflix!