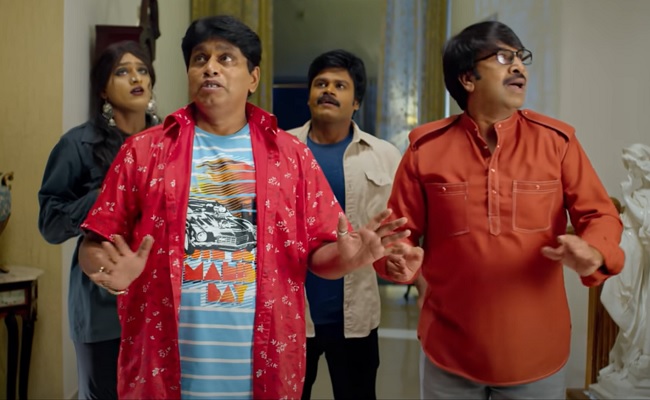 Director Anil Ravipudi has released the trailer for the hilarious entertainer film House Arrest, funded by PrimeShow Entertainments. The film has been announced for release on August 27.

House Arrest is a hilarious entertainer where four thieves enter a house but they unexpectedly encounter five children who cause them unimaginable trouble and then there is Ravibabu, a cop who is after them.

The problems faced by Srinivas Reddy, Sapthagiri, Adhurs Raghu and the others in the house are told hilariously. We also have Thagubothu Ramesh to continue the fun. The actors who played the children looked very comfortable.

Judging by the trailer, the Sekhar Reddy Yerra director seems to be a perfect stress buster.