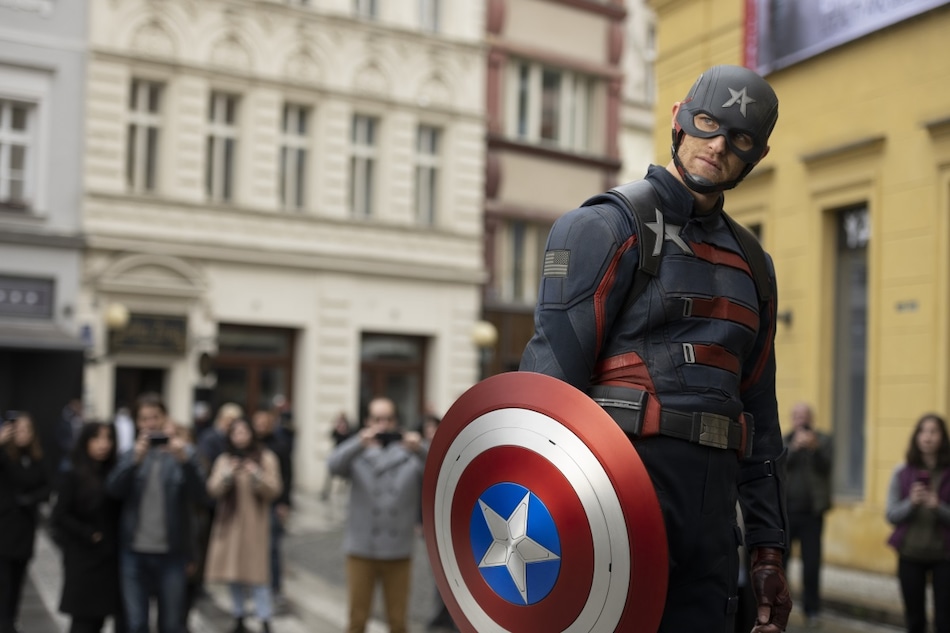 Falcon and the Winter Soldier Episode 5: has finally given us what we really want. Since a lot of change in MCU when Falcon & Winter Soldier are released. We all want to know who will be the next Captain America. Many people suggest Sam or Bucky while MCU introduces a new Captain America. John Walker is the new captain and we also know he will be the new US agent in MCU. But we hate him because we don’t want to see John as captain. But John was the most qualified person for this legacy.

He’s not the best man like Steve, but he’s a good soldier, and he’s done both good and bad things for the country. John also feels bad about what he has done for his country. He also feels bad about how he won three Madel, making him the most powerful soldier. But the way Sam Buck and others look at John, that he’s taking Captain America’s legacy alone.

Buck also sometimes shows off his strength and John understands that he is strong, but no stronger than Bucky. He was also thinking about the Super Soldier serum & Episode 4 when John loses the fight against the Wakanda soldier then he realizes he’s not strong enough to stop normal people.

John so often humiliates where he should get some attention. So at the end of Episode 4, he finally takes the serum. But things go very wrong and he kills someone in front of everyone. He loses his best friend and he kills someone. This may be the reason, but it is still not correct. So episode 5 starts with Sam & Bucky vs Us agent fighting for the shield. Captain America’s legacy and battle was epic and we love this. We know that this worked out well and that there are only 2 episodes left. So now is the right time.

Episode 5 is the best episode that we really enjoy this episode as an action movie. We also see Sam & Buck practice with the shield and there are some other family-friendly moments that we enjoy. Overall, Falcon and the Winter Soldier Episode 5 is a very strong episode. Let’s see what happens in the next episode. Episode 6 reveals everything about Power Broker, US Agent, Karli Morgenthau, Zemo, Sharon Carter. Watch Now Falcon and the Winter Soldier Episode 5 In English Hindi Tamil Telugu On Disney Plus Hotstar.

What to Watch Today: 5 Best Shows and Movies on SonyLIV, Disney + Hotstar, and Lionsgate Play | FilmyOne.com