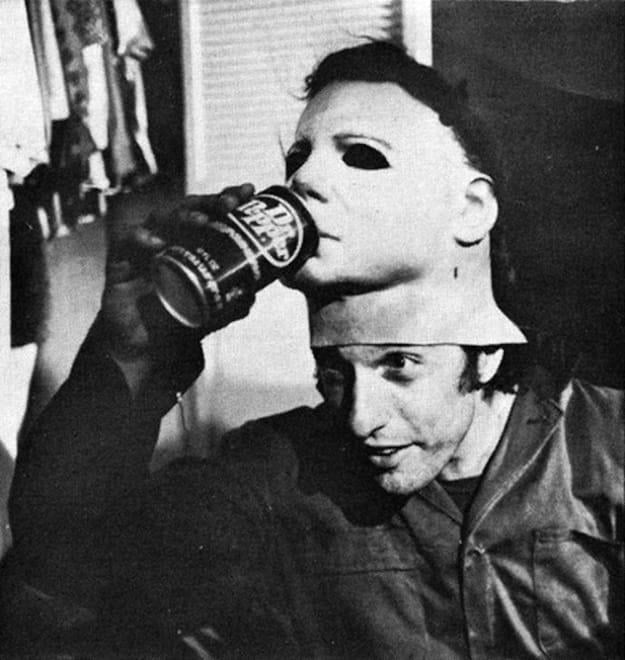 Movie Magic: The glue that holds our favorite movies together. All it takes is a little suspension of public disbelief and the Hollywood wizards will take care of the rest. We will believe we are in a different world, we will fear monstrous creatures and we will be amazed as the filmmakers create spectacle after spectacle.

But every now and then we get a look behind the scenes. The results can be disturbing and remind us that it’s all smoke and mirrors in showbiz. That said, once the shock is gone, most behind-the-scenes photos and videos become just as legendary as the ones they reveal the secrets of. Let’s take a look at some of our favorites!

Michael Myers, the unstoppable killing machine of the Halloween series, seems to have something in common with Forrest Gump: they both love Dr. Pepper! While it’s disturbing enough to see Michael unmasked (played here by Nick Castle, the original Michael Myers), it’s even stranger to see him drink through his forehead. Is that really Dr. Pepper?, Nick? 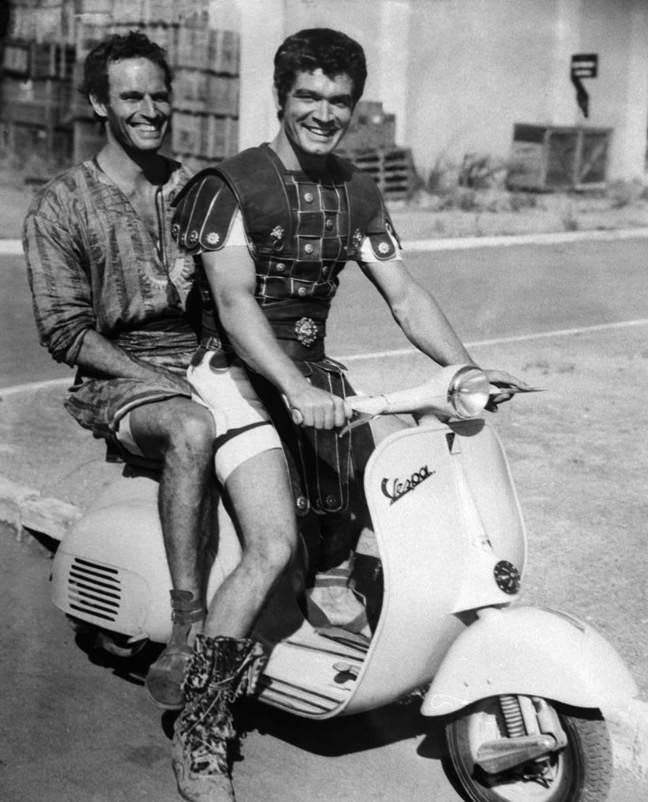 At first glance: only one innocent behind the scenes photo Charlton Heston and Stephen Boyd are chilling out on the set of Ben HurWhat makes it special is the long-debated homoerotic subtext of the relationship between Heston and Boyd’s characters in the movie – a subtext that many, including Heston, have denied. Screenwriter Gore Vidal said it was all there, so that makes this photo of Ben-Hur and Messala extra cute. 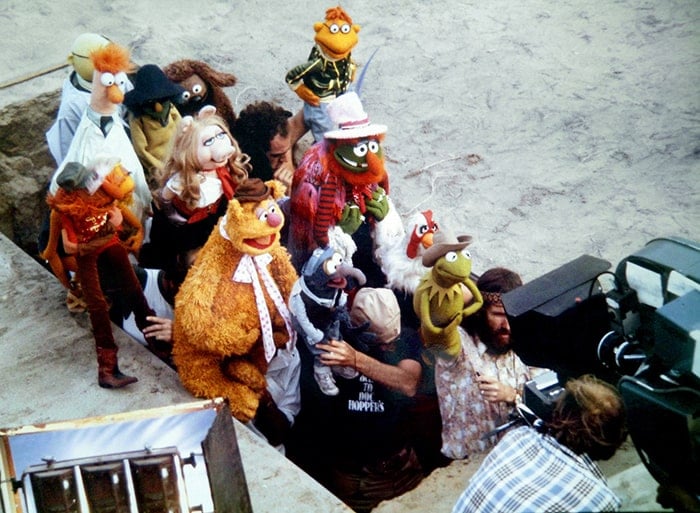 You always remember that crushing moment when you realized The Muppets weren’t real. This behind the scenes photo from The Muppet Movie would certainly take that little bit of innocence away from someone. On the other hand, it’s a testament to the power of The Muppets that we’re still thinking about someone like Kermit as a character before we think of him as a puppet. 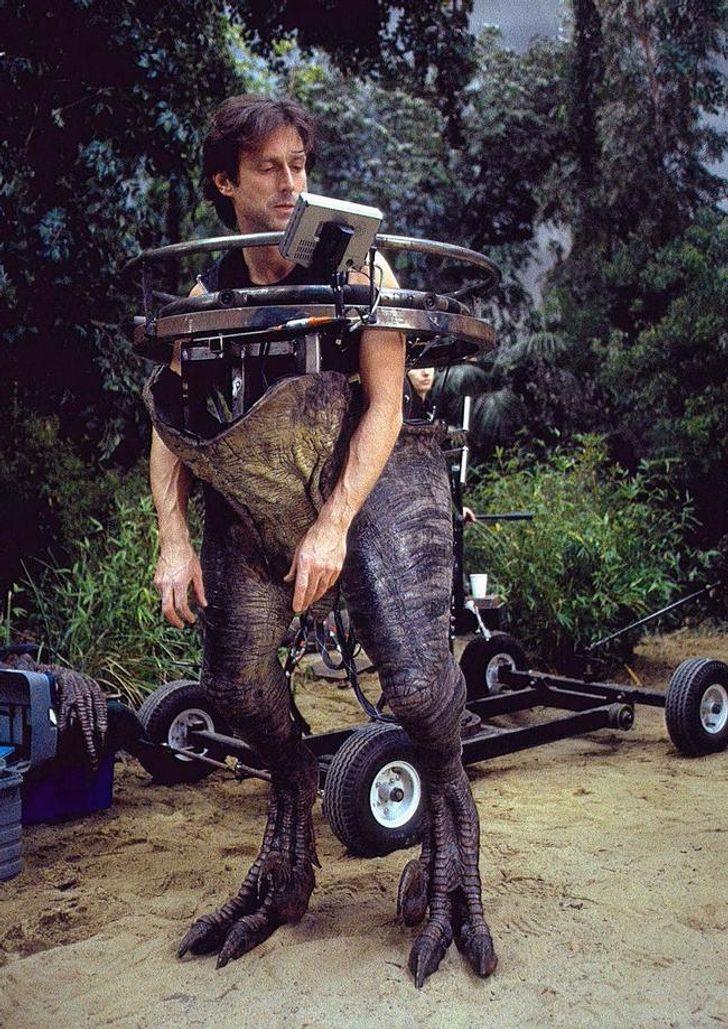 Dinosaurs, however, are quite another. Most people watch the Jurassic Park movies have no illusions about this the birds of prey are real creaturesStill it is a bit unpleasant to see a man – Jurassic Park III effects supervisor John Rosengrant – trying out his velociraptor legs. 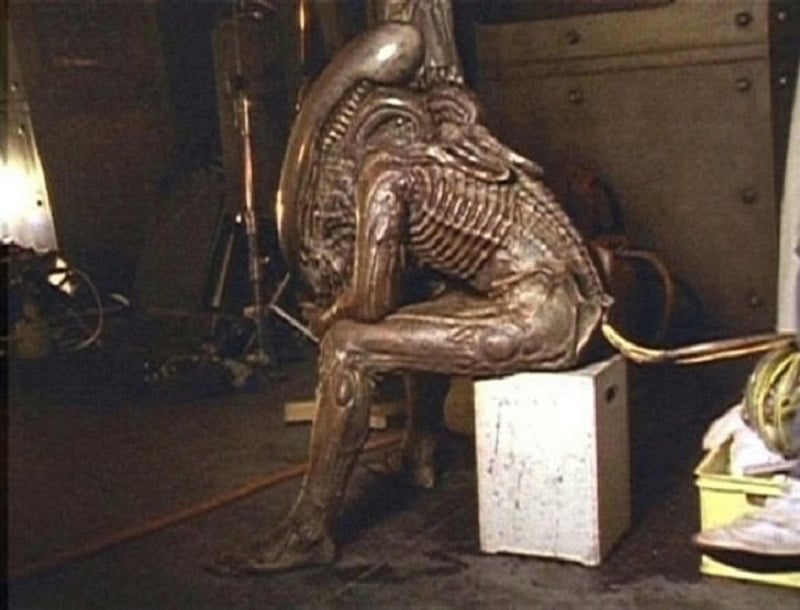 Look at this man. Need a hug, mate? Sometimes behind-the-scenes photos show the vulnerable side of otherwise terrifying villains. In this particular case, we are really seeing Bolaji Badejo’s exhaustion. The Nigerian student portrayed the xenomorph in Alien 3 and never played in another movie again. Talk about a traumatic experience 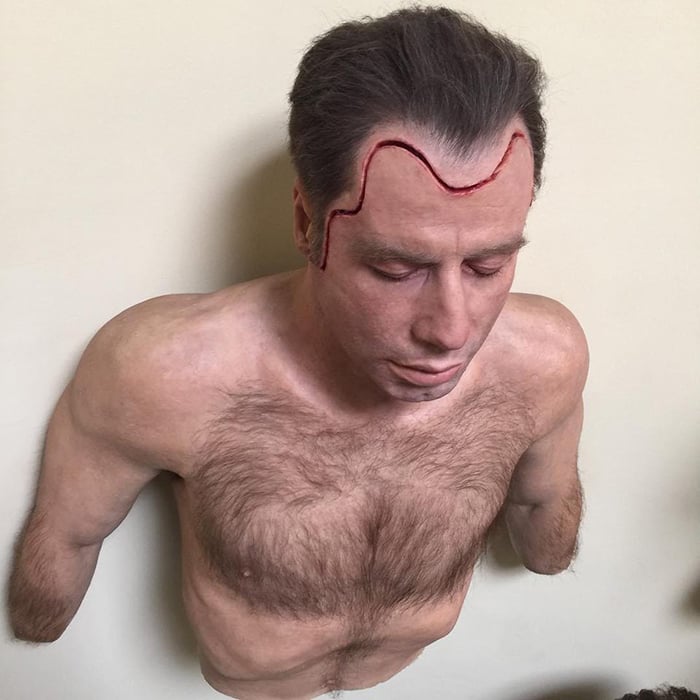 Ahhhhh !!! What does it matter! It’s like looking at John Travolta Just no. That series of face swap operations in Face / off is rude enough without looking behind the scenes. It looks like Travolta really took the day off when they fired in the operating room. 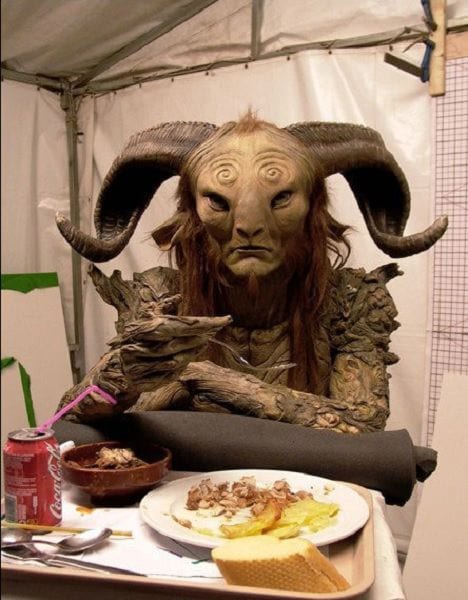 Look, let’s be real here: aren’t you happy to see the faun The Labyrinth of Pan just eat food instead of kids? He even drinks Coke, in the ultimate act of normalization. Movie buffs know, of course, that this isn’t a real faun, but rather a beloved actor Doug Jones! 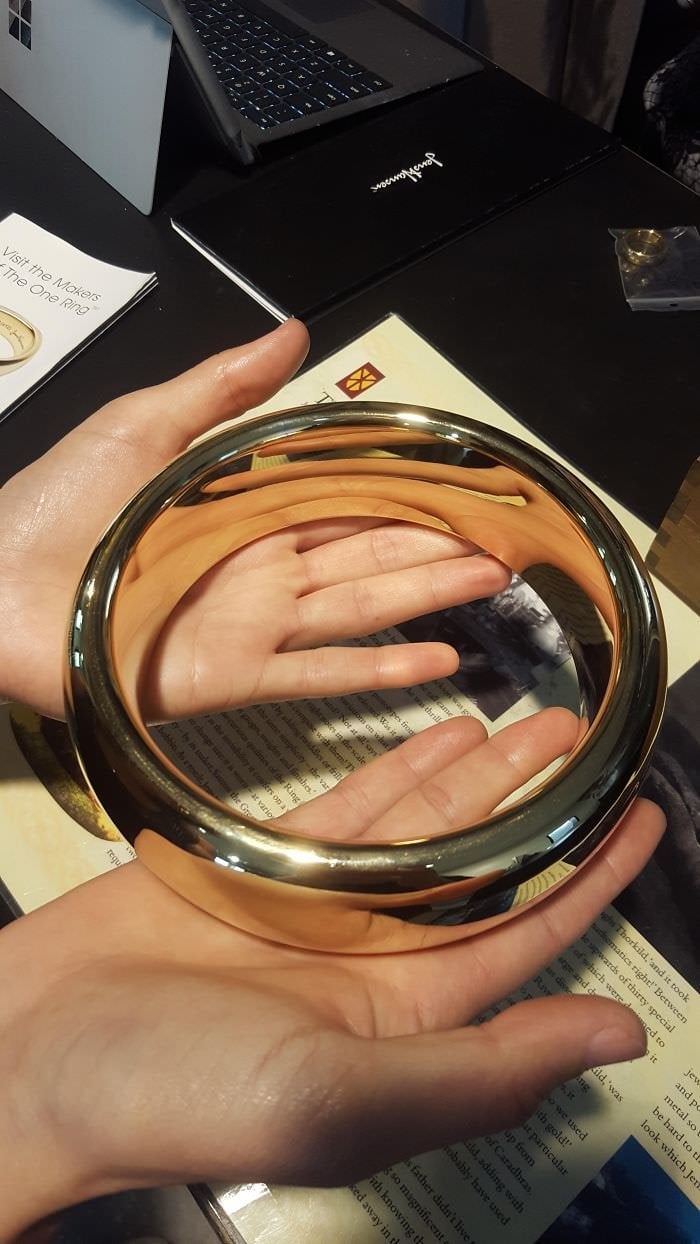 Fun fact: even though Peter Jackson and his team had the best camera equipment in the world when shooting the Lord of the Rings trilogy, they still had limitations. Since it was quite difficult to focus on the text in the ring during close-ups, they built a giant ring just for those photos instead. Ingenuity! 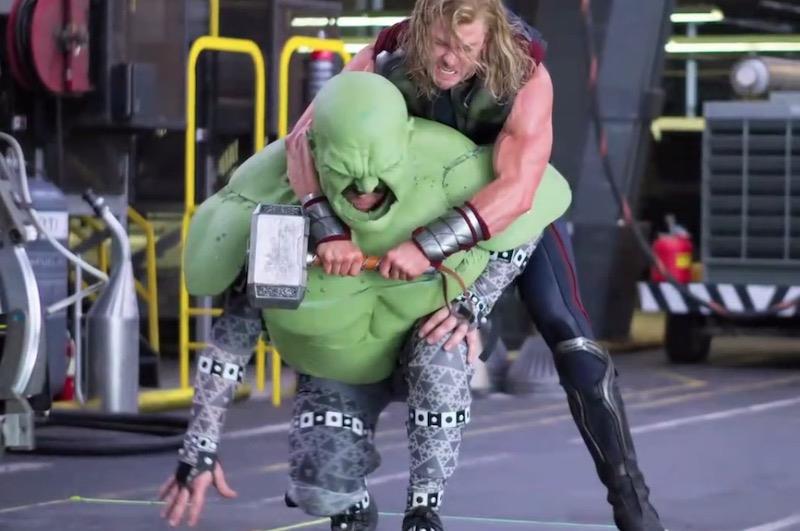 This behind-the-scenes look at the first time Hulk and Thor collided Avengers may drain a little. That’s not even Mark Ruffalo there they play The Hulk – or whatever that green creature is, because it’s definitely not The Hulk. Luckily, a bit of magical dust from the movie made it all look better in the finished movie. And aren’t you at least relieved that Chris Hemsworth wasn’t CGI at all? 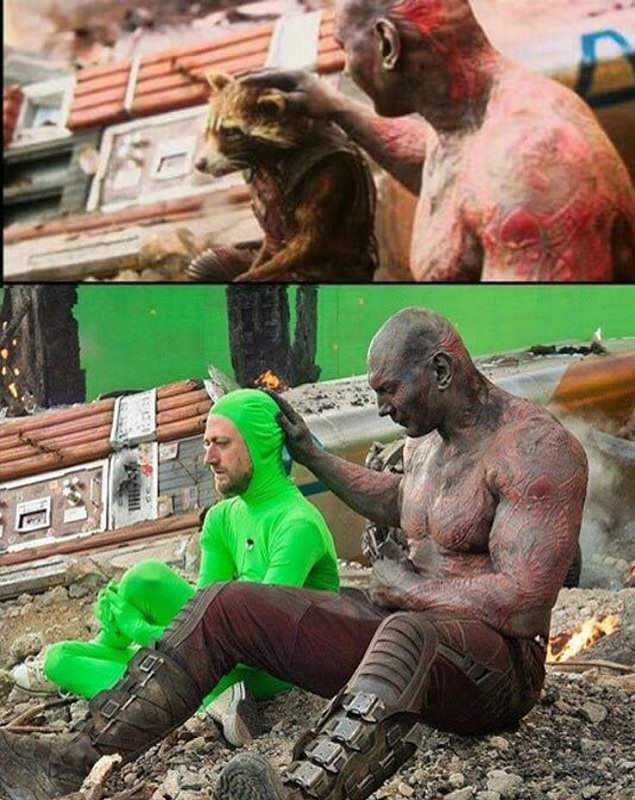 Wait what? We were told Bradley Cooper was playing Rocket Raccoon! A look behind the scenes of the Guardians of the Universe film reveals that it takes more than a Hollywood star to get the murderous but endearing RocketCooper gets to give the character his voice, but when it comes to being caressed by Drax (and other actions) it’s Sean Gunn in the green suit. 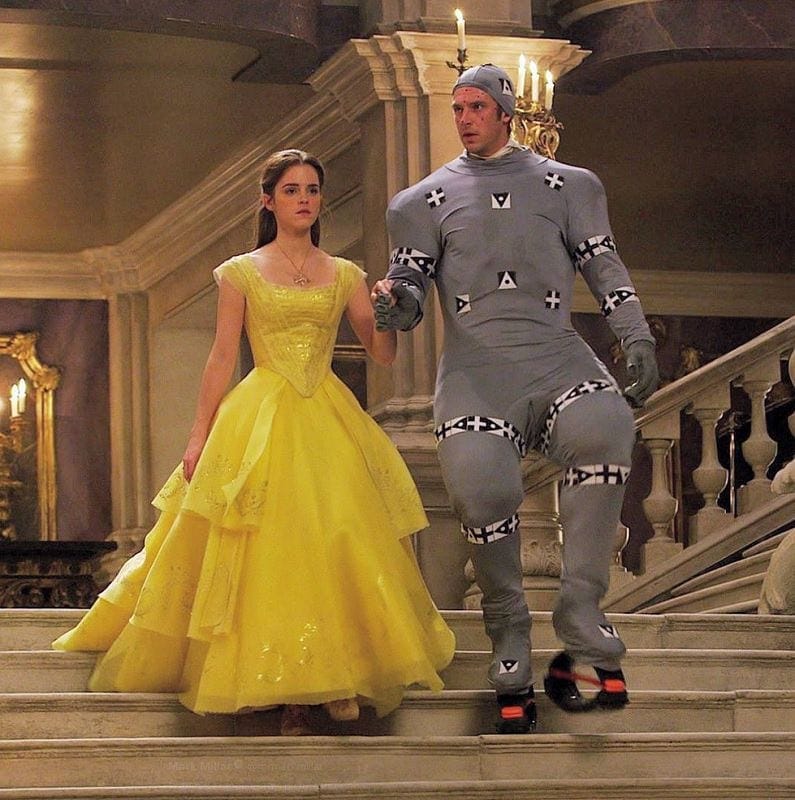 It’s not like haters from the live-action remake of it Beauty and the Beast need more ammunition. Yikes. This behind-the-scenes look at what Dan Stevens looked like before CGI is a bit ridiculous. Look at poor Emma Watson: she is have had it with this nonsense. “I used to go to Hogwarts, damn it!” 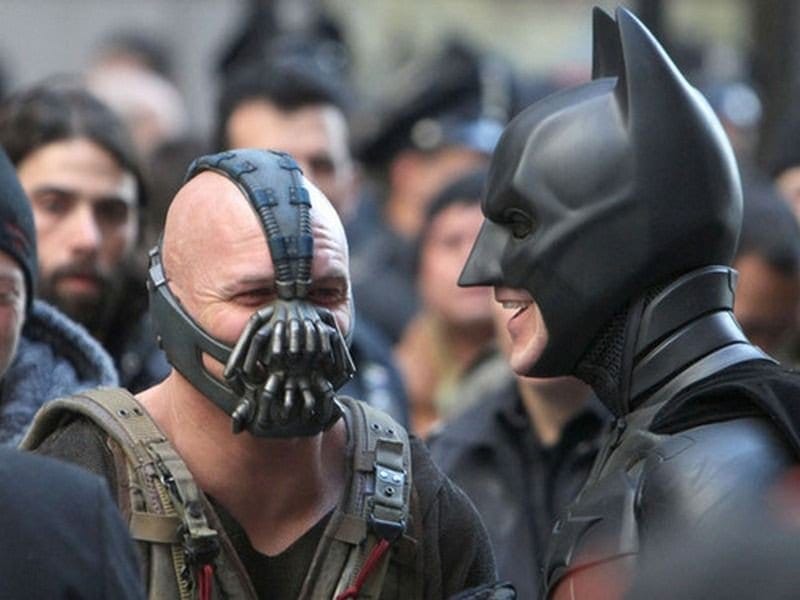 There is nothing, absolutely nothing, more disturbing than seeing Batman smile. And we are talking about any Batman, not just from Christian Bale. Which adds to the craziness in this behind-the-scenes photo The Dark Knight Rises is that Batman is talking to the man who broke his back! Too much for us.