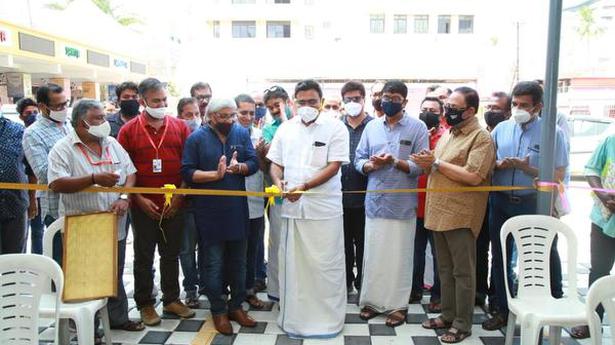 Film buffs gather to celebrate the magic of cinema as the curtains for the Kochi leg of the 25th edition of the International Film Festival of Kerala (IFFK) go up here on Wednesday.

The five-day film festival has an impressive line-up under eight categories. Bosnian director Jasmila Zbanic Quo Vadis, Aida?, which focuses on the Srebrenica massacre in 1995, is the opening film.

Some of the films to watch out for in the International Cinema Competition section include those by Andrea Martinez Crowther Bird watching, Bahman Tavoosi’s The names of the flowers and that of Alejandro Telemaco Tarraf Piedra SolaMalayalam Cinema is represented by Lijo Jose Pellissery’s Churuli and that of Jayaraj Hasyam in the international competition category. Mohit Priyadarshi’s Kosa and that of Akshay Indikar Chronicle of Space are also part of the category.

Other categories include Kaleidoscope, Godard’s films, a retrospective for South Korean director Lee Chang-dong, and a tribute to nine film personalities.

The films will be shown in the cinemas of Saritha, Savitha, Sangeetha, Sridhar, Kavitha and Padma Screen 1. The protocols prescribed by the health department will be in effect at all locations. Only 50% occupancy is allowed in each theater. Delegates must provide a COVID-19 negative certificate to collect their passes. There are four screenings at the locations every day. Seating is arranged by reservation. Those wishing to attend the festival must reserve their seats online one day in advance.

You have reached your limit for free items this month.

Find mobile-friendly versions of newspaper articles of the day in one easy-to-read list.

Enjoy reading as many articles as you want without any restrictions.

A select list of items that suit your interests and tastes.

Switch smoothly between articles as our pages load instantly.

A one-stop shop for seeing the latest updates and managing your preferences.

We inform you three times a day about the latest and most important developments.

* Our digital plans do not currently include the e-paper, crossword and print.

Live Telecast Review: A medley of scenes that is soulless and emotionless