The first quarter of 2021 marked a plethora of Netflix releases tailored for Indian audiences. The platform’s largest original release during the early months of 2021 was Bombay Begums. Despite the controversies surrounding the show’s storyline, it had some great punches with its nuanced frames and colorful twists. Scroll on to learn why this writer is a fan of this Alankrita Shrivastava creation, along with an index of the best Indian original series we’ve seen so far on Netflix, SonyLIV, ZEE5, ALTBalaji, YouTube and Disney + Hotstar.

Created and co-directed by Alankrita Shrivastava, Bombay Begums five women’s clubs – played by Pooja Bhatt, Shahana Goswami, Plabita Borthakur, Amruta Subhash and Aadhya Anand – across different ages and economies in Mumbai. It sheds light on the grim realities of their professional and personal lives as well as their family relationships.

The brilliant Amit Sial (featured in Mirzapur, Jamtara, Inside Edge) takes the lead Kathmandu connection, a SonyLIV Original web series directed by Sachin Pathak. Set in the early 1990s in Mumbai, the show unravels multiple storylines related to the 1993 Mumbai Blast and a mysterious presence playing the puppeteer in Kathmandu.

The married woman is an engaging drama series starring Ridhi Dogra and Monica Dogra in the lead roles on ALTBalaji. The plot has been adapted from a novel of the same name written by Manju Kapur. The frames follow a unique story of friendship, romance and self-discovery after the two protagonists are introduced to each other.

Starring Abhay Deol as Major Suraj Singh, 1962: The War In The Hills is a war drama series that unravels the story of his battalion, made up of 125 Indian soldiers outnumbered in an epic battle. The show is inspired by the real life events that took place during the Indochina War in 1962.

Rasika Dugal, Purab Kohli and Soni Razdan come together Out of love. The show’s first season unfolds the life of a married couple and a secret love affair that nearly ruins them. Released earlier this month, season two quickly advances the story to three years into the future, but doesn’t compromise on its dramatic flair.

Starring Amit Sadh, Amrita Puri and Sushant Singh, Jeet ki zid is a ZEE5 Original action thriller series. It tells the story of a soldier, played by Sadh, whose never giving up attitude helps him overcome the toughest challenge of his life.

7 best Indian original series of 2021 (so far) on Netflix, SonyLIV, ZEE5 and more to add to your watchlist 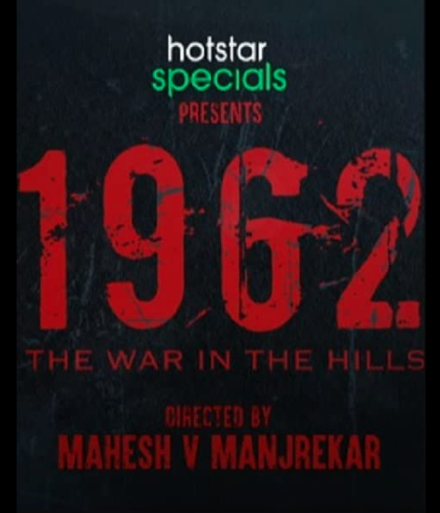