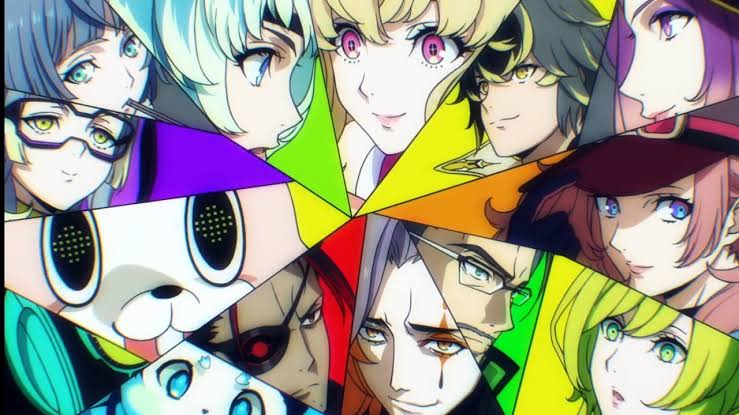 How many of you are fans of anime? I bet a lot of you are. Why wouldn’t you be? No other art form combines elements of animation and realism so seamlessly. Anime, which has its origins in the old Manga comic books, is now the bread and butter of every other teen obsessed with Japan. And we support it with all our heart and soul. If you don’t watch anime, you really miss a lot. We highly recommend that you give this amazing and tasteful art form a try. Have you heard of Zenonzard the Animation? You will love it.

If you’re already a fan of anime, we highly recommend checking out the 5 most anticipated anime of 2021.

Today we’re not going to talk about the animations you’ve probably heard of before. Instead, we’re going to talk about a fresh from the bakery anime that has arguably the potential to become one of the best animations of 2020-2021. It’s a sci-fi animation that’s still in the works and may be discontinued due to ongoing covid pandemic restrictions. Nonetheless, we hope to see more of what this sci-fi anime has to offer as it holds great promise.

Zenonzard: What We Know So Far

To be fair, we don’t know much about anime so far. And you would have a hard time finding valuable information about it on the internet. It’s just not the blockbusters like Death Note and Naruto. It’s just a low-budget anime that’s on hold for now, or that’s what we’re speculating at least. Since there is not much to do, we cannot say much about the anime.

However, as far as we know, the show’s creators released Eight-bit in 2019 Episode 0 of the anime. Post that, they released 3 different episodes for the show’s first season. However, our use of the word season may be redundant given the turn of events. Because apart from these 3 episodes, there is literally nothing that creator Eight-bit has given us. And it’s really hard to say anything based on 3 episodes. So we’re going to go the unconventional road and not give an opinion about the show.

Another interesting bit of information about the anime is that it is loosely based on the Bandai app game of the same name.

What the show is about

From what we could gather, the show is set in the distant future, where artificial intelligence is the norm and humans and AI are in a constant symphony. The humans are known by the titles “Concords” and they work together with a super powerful AI called “Codeman”. Together, these two buddies form to compete in Zenonzard, the game on which the show is based. Zenonzard is canonically a card game. All the while, the game drives the general public crazy. Zenon, the card game world championship, has maddened millions of people and everyone wants to be on the show. It’s all just a spectacular debacle. The Zenon is the game of the masses. Everyone loves it.

The story takes place where life suddenly changes for an average high school student, Azuma Souta. Things start to get interested when Azuma is challenged to a Zenon duel by a strange mystery woman, Eilienna Lash. Eilienna later reveals she is one of the AI ​​code and offers Azuma her services. She reveals the real reason why she met Azuma. She wants to work with her for the Zenon tournament. And she does it for the win. And she would have none other than Azuma and that’s why she needs her. Upon hearing Eilienna’s proposal, Azuma reluctantly agrees to work with her. However, things don’t always go according to plan. The first person they compete against happens to be a super famous player of the game, Saionji Shion, who also happens to be a master of it.

Knowing all this, the premise of Zenonzard the Animation is promising. It almost gives Beyblade vibes. But we keep our fingers crossed.

Zenonzard the Animation: The Cast

The anime does not have many credited voice actors. And from what we could find, the voice actors for the show are as follows:

What the viewers think

Unfortunately, there is not much to read about the anime as the number of viewers is quite limited and we were only able to gauge a limited number of audience reactions.

However, given the limited responses we’ve seen, the reviews seem overwhelmingly positive, with reviewers praising the show for the unique combination of supernatural and sci-fi elements tastefully integrated into the show.

That said, we recommend that you take these reviews with a grain of salt and form your own opinion as you watch the series.

What the future holds

This is one aspect we are totally unsure about given the limited information about the show on the internet and the way the show’s creators are mommy about the whole situation. It’s really hard to say anything right now. However, given the show’s promising premise, we really hope the show gets its proper conclusion and revamped for years to come.

Currently, if you want to watch the Anime, you can watch it on YouTube Zenonzard’s official YouTube channel. The streaming is free and you can watch it anytime, anywhere with no hidden costs.

What’s your take on anime? Did you get a chance to look at it? Or did you just pass it by? Do you like anime in general? What are your thoughts on whether it will be renewed? Let us know in the comments below.