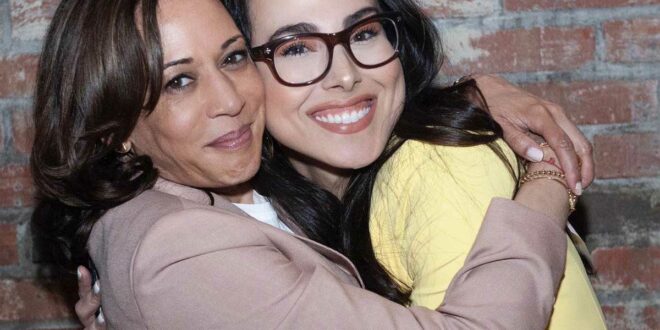 Meena Harris is the niece of US Vice President Kamala Harris and the former is known par excellence as a great social media influencer, attorney, cybersecurity attorney and entrepreneur. At times, Meena had used her Aunt Kamala’s fame to propel her own personal brand. But now that Kamala Harris has entered the White House, Meena will soon have to change her habits agenda.

Today, the White House legal team warned Meena Harris not to “build her brand” by using the name of the US vice president. ‘Some things cannot be undone. That said, behavior must change, ”the White House official quoted. The vice president’s employees are reportedly concerned about the ethical aspects of the promotion pattern used by Meena Harris.

Four years ago, in 2017, Meena Harris started a company that sells socially conscious T-shirts and sweatshirts. Meena Harris has been reported to use Kamala Harris’s name to gain publicity while promoting her brand. She reportedly used the image of her aunt “Vice-President Aunty” on a T-shirt and some political slogans to produce clothing, videos, children’s books and headphones. A few Kamala Harris themed bathing suits were also produced.

Meena is the author of children’s books, including one entitled “Kamala and Maya’s Big Idea”. Even her latest book, “Ambitious Girl,” was released the night before Kamala Harris was sworn in as the first female vice president in the White House. Shortly after US President Joe Biden and Vice President Kamala Harris won the election, her team’s ethics lawyers told Meena Harris to stop producing clothes or write new books bearing her aunt’s name or likeness.

Meena has more than 800,000 followers on Instagram and 689.8K followers on Twitter. Her full name is Meenakshi Ashley Harris and she is the founder of the Phenomenal Woman Action Campaign, an initiative that promotes activism and empowers women. Lately, Meena Harris tweeted about the ongoing protests from Indian farmers and against the three agricultural laws passed by the Indian Parliament. After receiving a massive backlash, Meena responded forcefully that she will not shut up and fight rigorously.

Disney + hits 94.9 million subscribers, but revenue per user drops to $ 4.03 through Hotstar Combo