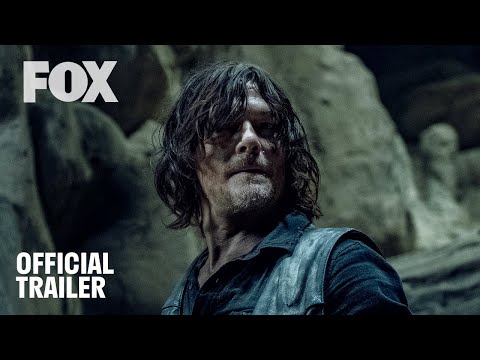 Season 10 of The Walking Dead is finally coming to an end in 2021, but when will Episode 19 be released? Fans can watch the next episode online early!

The Walking Dead is back on AMC and this time season 10 ends for good after originally airing in 2019.

This latest batch of episodes aired on AMC in the US on February 28, but after the show has been through an inconsistent release schedule in recent months, fans have been asking about episode 19 of The Walking Dead season 10 and when it will be available to watch.

The Walking Dead season 10 aired on AMC in the US in October 2019, when the thought of a global pandemic seemed almost impossible.

The season was originally scheduled to end after 16 episodes on April 12, 2020, but due to the blockages caused by the Covid-19 pandemic, the post-production of Episode 16 could not be completed.

As a result, episode 16 was delayed and the show’s release schedule was restructured, meaning new episodes would be added to season 10, bringing the total number of episodes to 22.

Those new episodes kicked off in February 2021 with the biggest points of discussion, including the return of Maggie Rhee and the emergence of a new threat, a sinister human faction known as the Reapers.

When will Episode 19 be released?

The extended season 10 now has a total of 22 episodes, meaning The Walking Dead will air on Sundays until April 4.

Additionally, when the 11th and final season arrives on our screens in 2022, it will also have an extended run with a total of 24 episodes according to Deadline

How to Watch Episode 19 Early

In addition to the Sunday airing on the standard AMC channel, new episodes of The Walking Dead will premiere online early.

Fans can watch new episodes on the AMC + streaming channel from Thursday.

That’s right, fans waiting for episode 19 can watch from March 11 instead of March 14 if they choose to watch on AMC +.

AMC + is an online streaming channel that can be added to Amazon Prime Video, Apple TV, or Roku for $ 6.99 per month and is only available in the US. You can read more about AMC + here

Season 10 of The Walking Dead continues on AMC on Sunday, while fans watching AMC + on Thursday can tune in for new episodes.

Horimiya Episode 10 Release date and time, countdown and where to watch English sub online of the anime