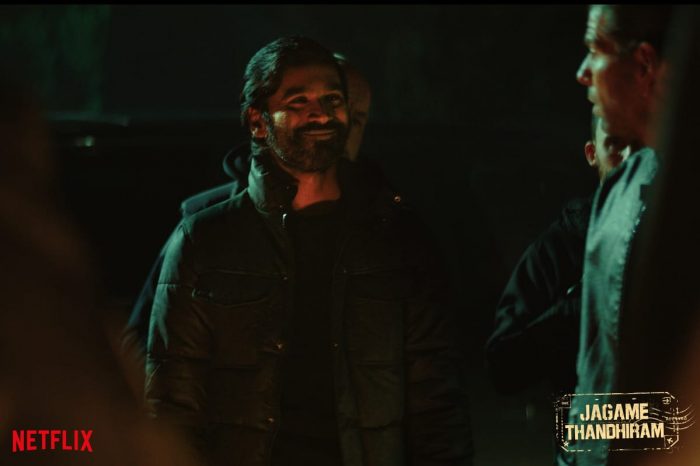 Watch Jagame Thanthiram Movie Full HD online on Netflix: Jagame Thanthiram is an upcoming bilingual movie written and directed by Karthick SubbarajProduced by S. Sashikanth under the banner of Ynot Studios. The film features Dhanush and Aishwarya Lekshmi in the lead roles.

The streaming rights of the Dhanush starrer Jagame Thanthiram movie were acquired by Netflix. The movie will be released directly on the ott platform. Fans urged creators for the theatrical release to enjoy Rakita Rakita on the big screen. The streaming date will be updated soon.

Music director Santhosh Narayanan composed all the songs and background music for the action movie. The first poster of the film released by filmmakers on February 19, 2020. The movie was also shot simultaneously in Telugu entitled “Jagame Tantram”.