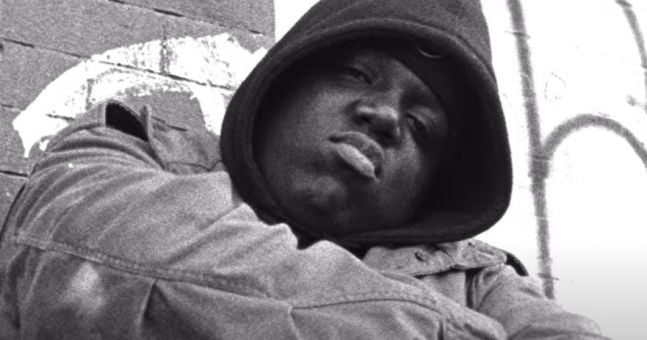 Known for its “signature flow and autobiographical lyrics,” Netflix has shared the first trailer for the upcoming Biggie Smalls documentary, coming online early next month.

There has been a somewhat renewed love for documentaries in recent years, with people rediscovering their appreciation for the medium thanks to recent hits – such as Tiger King, The Last Dance, Making A Murderer. Not to mention the new Framing Britney Spears doc which will have its Irish TV premiere tomorrow night.

Here to add one more title to our ever-growing list of things to watch, Netflix has dropped the first trailer for the upcoming Biggie Smalls documentary, and it looks like it’s going to be our next binge watch.

The documentary tells the story of Christoper Wallace, AKA The Notorious BIG, and claims that “every legend has an origin story” and this one is his. Titled Biggie: I Got a Story to Tell, it is named after a song of the same name.

Featuring interviews and commentary from friends, family and those who knew the rapper, the documentary “celebrates his life through rare behind-the-scenes footage” and testimonials including his mother Violetta Wallace and Sean “Diddy” Combs.

The premiere on Netflix, worldwide, on March 1, you can watch the trailer below.

Radhe: Salman Khan Starrer teaser gets its release date, to get attached with Sooryavanshi?