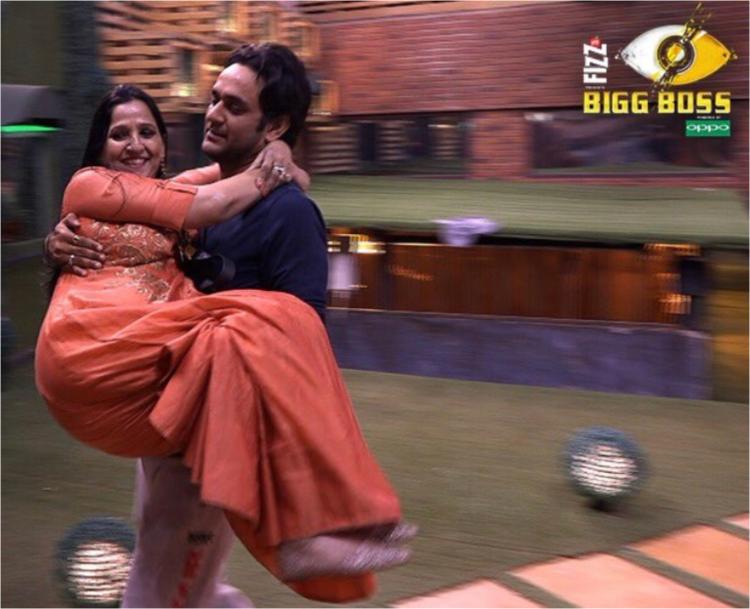 Prepare for a high-voltage drama set in the Bigg Boss 14 house, because in the upcoming episode, the audience will see a big fight between friend turned enemies Arshi Khan and Vikas Gupta.

In the preview promo shared by colors channel, Arshi is seen sitting next to Vikas on a bench, telling him that the person who treats his mother badly and makes his parents suffer can never live peacefully or happily in this world.

Vikas Gupta with his mom in Bigg Boss 11

Vikas Gupta gets angry and tells Arshi that she has crossed the line this time, and he will make sure to turn his life into hell at the Bigg Boss 14 house. Arshi repeats her statement and an enraged Vikas screams that she is the most “ghatiya” (worst) woman he has ever seen in his life.

They even get into a violent argument while other roommates, including Aly Goni, Abhinav Shukla and Kashmera Shah, try to make peace between the two, but both Arshi and Vikas don’t listen to anyone.

At one point, Vikas’ frustration reached its peak and he pushed Arshi into the pool. Aly, who was there, looked dumbfounded to see what just happened. Look below:

Now it remains to be seen what action Bigg Boss takes as violence is not allowed in the BB house under any circumstances, so will Vikas Gupta be punished for his behavior and kicked out? Keep visiting this space for the update!

Star Wars Starter’s Guide: How to Reveal the Adventures of Darth Vader and Baby Yoda from scratch

Pooja Hegde is all set for Radhe Shyam Teaser