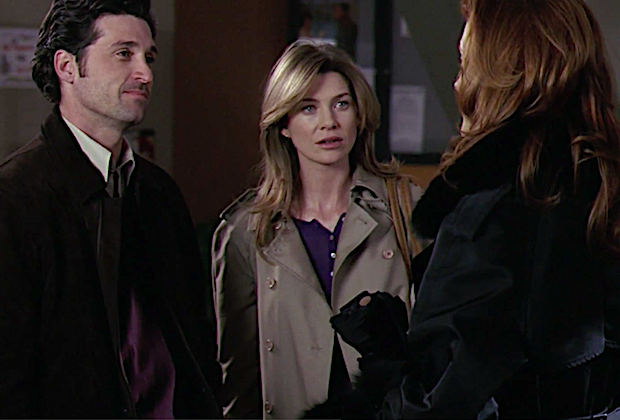 The city’s residents are 100 percent correct in guessing that “someone big” is going to Gray Sloan in Thursday’s October 15 episode. As you will see in the sneak preview above (which aired after Thursday’s episode, summarized here in full), that one is none other than Kate Walsh’s Addison Montgomery, who quickly introduces himself to “the group that [residency] program.”

And the Private practice alum is just warming up for her return arc. When Richard interrupts the surgeon halfway through the procedure to report that the AC is off, she is initially hesitant to abort the operation. But since the air conditioner controls the hospital’s air-filtration system, the patient is at risk of infection if Addison doesn’t close quickly.

“Find a way to double your speed,” Webber says. “Find me a pair of hands as experienced [as mine]’ replied Addison. Then suddenly a light bulb goes out over her head and she says to Richard, “Get me Meredith Grey.”

Old viewers will remember that Walsh made her Grey’s Anatomy debut in the Season 1 finale as Derek’s surprise wife (well, at least she was a surprise to Meredith). Addison would remain a key player at the hospital for two more seasons, leaving in 2007 to Grey’s spin-off Private practice, which ran until 2013.

In 2017, Walsh spoke to TVLine about Addison’s possible comeback, then admitted, “I feel like we’ve wrapped it up.” Then she added: “I’m not saying if… [series creator] Shonda [Rhimes] was like, ‘We’re going to make a very special episode of’ Grey’s where…’ But… we’ve all done it. We had the spin-off, and we had all of that. It was a great experience and journey.”

What to watch today: 5 best shows and movies on Sony LIV, Netflix and Lionsgate Play