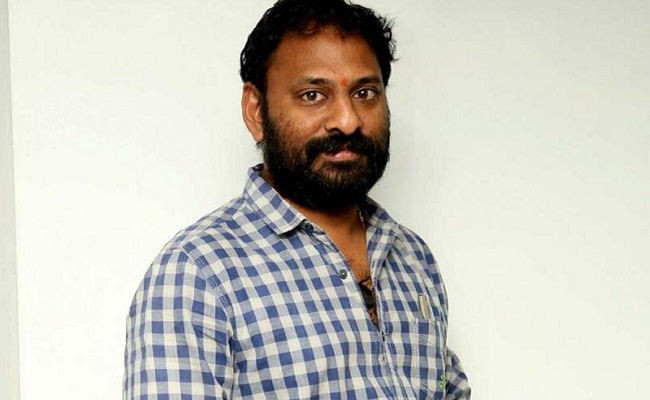 After a hiatus from his last film, Brahmotsvam, he’s back with Victory Venkatesh’s Naappa, which will be out on Amazon on the 20th of this month.

Greatandhra.com chats with Srikanth Addala on this occasion.

It’s been a long time since we’ve seen you and your movie.

Yes, but like a movie dialogue. I didn’t take the hole, it came.

Naappa is a different movie from your regular movies. Did you choose it? or you were asked to do it?

I chose to do it. I saw Asuran and I thought it was a commercial package with all kinds of ingredients. I found out that Suresh Babu got the rights and asked him for the chance. After some discussion he said OK and I got on board.

For us, Srikanth Addala’s films are about the Mamakaram, Nudikaram and Vetakaram of Godavari districts. But in the trailer for Naappa, you’ll see swords, blood, and similar things.

Yeah, it’s not like the movies I did in the past. A light guy on set said the same thing, but another guy replied that this is his original and it’s out now.

How did Asuran turn into Naappa?

No major changes have been made. Such scripts should not be exaggerated. Nothing more was done except for minor changes. Venkatesh gave life to the script.

What are the pros of Naappa other than script and Venky?

The film as a whole manages to entertain. This is not like an art movie. Only the background is a bit raw and dry.

I recently saw a FB post stating that it is not correct that Srikanth Addala, who portrayed Godavari districts as a abode of love and affection, portrays Rayalaseema as a place of caste differences and oppression. Your reactions?

There is nothing like that. The locations of the original can be found in Rayalaseema. So we locked Anantapur. We didn’t make in the Godavari districts, because the locations are green there.

Such an atmosphere can also be found in Telangana. Why didn’t you try there?

We rounded up this location to see everything.

But as far as I know, there have never been incidents in Rayalaseema like the one in the Andhra coast that would go down in history as atrocities and oppression.

We didn’t think that far. We just looked up the locations and decided to shoot the film there. Sorry if this offended anyone.

Your movies are known for their subtle humor. Is there a chance for that in this movie?

No. There is no such possibility here. It’s all about a good message.

Brahmotsavam made you sit still for a long time. Did you realize what went wrong?

There is nothing to think about much. A movie fails if the script isn’t right. Sometimes we think about something, but we end up doing something. It happened to Brahmotsavam. It’s been five years. We have to move on and an autopsy is not necessary now. I missed a great opportunity from Mahesh Babu.

You are supposed to make a movie for Geetha Arts.

It happens after Naappa. ‘Annai’ is the title. It’s a huge action movie. It’s also a trilogy…we’ll do it in three parts.

Who is the hero?

It’s not decided yet.

Is that your cartoon?

No, it’s a huge action movie set in the Guntur area.

Many directors start their own banners for OTT or for short films. Are you planning something?

I’m starting Srikanth Creations. I have an idea to do good and small topics with those who have worked with me. Among them you can find my style of Godavari business that you like.