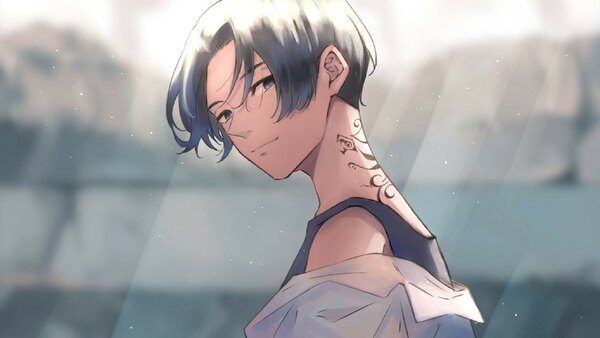 Based on a Japanese manga series written and illustrated by Ken Wakui, ‘Tokyo Revengers’ is a Shounen action TV anime with romance, science fiction and action-adventure elements. It follows a 20-something underachiever named Takemichi Hanagaki, who is thrown in front of an oncoming train. However, instead of dying, he discovers that his consciousness has been transported back in time to his high school days. He decides to make the most of the opportunity given to him and fix certain things in the past so that the future will be better. This includes ensuring the safety of Hinata Tachibana, his high school girlfriend, who dies in the future as a result of gun violence. The anime premiered on April 11, 2021. Here’s everything you need to know about the show’s upcoming episode.

‘Tokyo Revengers’ Episode 21 Is Scheduled To Release On August 29, 2021, in Japan. The episode airs at various times on MBS, TV Tokyo, TV Aichi, TVh, TVQ, BS Asahi, AT-X, TSK, QAB and RKK. On March 30, 2021, the show had a special premiere in Japan that aired key scenes from the first three episodes together. Liden Films Studios developed the series, with Kouichi Hatsumi as the primary director and Yasuyuki Mutou as the primary screenwriter. Hiroaki Tsutsumi created the music and Kenichi Oonuki and Keiko Oota designed the characters. Pop group Official HiGE DANdism sang the show’s opening theme, “Cry Baby”. The ending theme for the first 12 episodes is eill’s “Koko de Iki wo shite.” Then Nakimushi’s “Tokyo Wonder.” serves as the final theme.

Where can you stream Tokyo Revengers season 1 online?

Episodes of ‘Tokyo Revengers’ with original Japanese audio and English subtitles will be available on Crunchyroll and VRV outside of Asia on the same day they air in Japan. For viewers in South and Southeast Asia, the official YouTube channel of Muse Asia, its affiliates and Bilibili will stream the episodes. In Japan, viewers can watch the anime on Netflix Japan with Japanese audio and subtitles.

After taking down Kazutora, Chome and Chonbo, Mikey falls to his knees. One of Valhalla’s captains sees an opportunity and leads his crew to Mikey, intending to defeat him and end the battle. The aforementioned Valhalla captain has a mask over his face, but Takemichi feels he recognizes him. He and the other members of Toman try to reach Mikey before it’s too late, but are unsuccessful.

Suddenly, between Valhalla and Mikey, Kisaki steps in with the rest of the 3rd Division and declares that they will protect the Toman leader. Takemichi suddenly realizes that the masked Valhalla captain is Chouji, whom he saw earlier with Kisaki. He begins to understand Kisaki’s whole plan. Whichever side loses, Kisaki ultimately wins this battle. This is when Baji arrives and hits Kisaki with a pipe.

Takemichi and Chifuyu try to convince Baji not to fight Kisaki because he will hurt Mikey if he does. Takemichi appears to protect Baji from being stung by Kazutora, which was one of his missions. Baji doesn’t listen, however, and tells Takemichi to take care of Mikey before he kills all fifty members of the 3rd division only. He beats them all up and reaches Kisaki. But then he suddenly starts coughing up blood and falls to his knees, proving that the injury he sustained from Kazutora is quite serious.

In episode 21, believing that Kazutora has taken another person from him, Mikey will likely try to kill him, leading Takemichi to think the bleak future is now inevitable. Baji could get up and do something so drastic that keeps one friend from killing another.