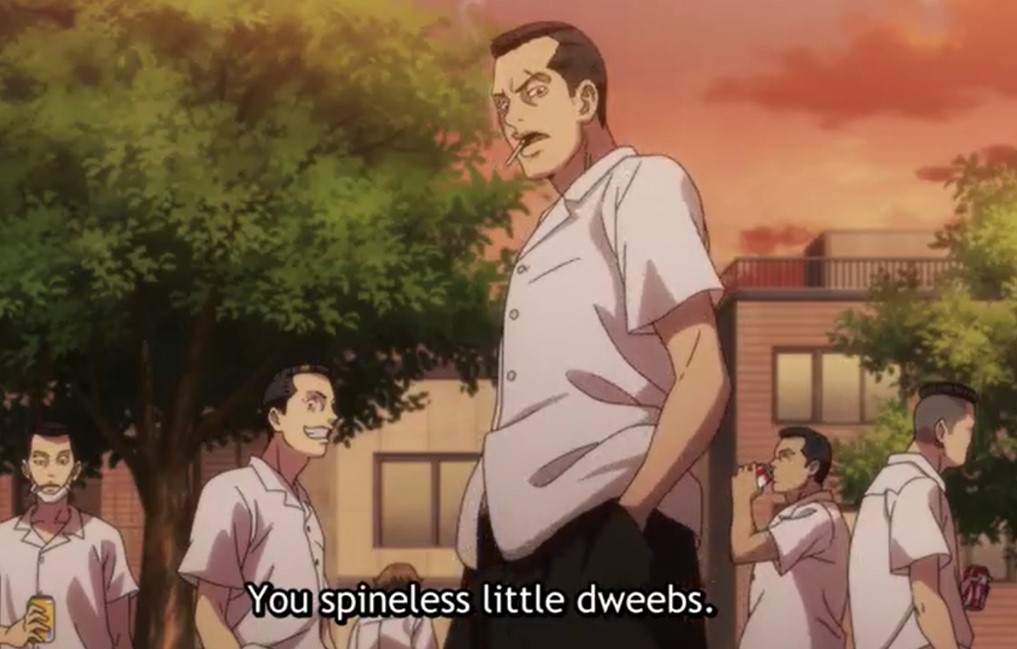 July has just started with warm weather in China, and the distribution of air pressure has created warmth, causing the overall temperature across Japan to be higher than last year. A naughty boy relaxes in his room with sexy photos and books all over his room. He watches the news and learns about the second story that took place in Tokyo. It has emerged that the escalating dispute between the Tokyo Manji Gang has now claimed innocent victims.

Six were injured in this incident and one was sent to hospital. The boy looking at the new comments is insane. The one who died on the spot has been identified as Tachibana Naoto, who is 25 years away from Shibuya Tokyo. The boy wonders who Naoto is, as the name sounds familiar. Another victim from Shibuya Tokyo Tachibana Hinata, a 26-year-old girl. Hinata is Naota’s older sister; the MPD is on edge. The boy realizes he knows Hinata.

The boy reveals that his only girlfriend he dated with in high school, Tachibana Hinata, is dead. The old witch visited the boy’s house and told him to keep his volume low. The boy apologized, and later he goes to the store where they reveal that his name is Hanamichi Takemichi. The store owner told him to return the DVDs on time. After work, Takemichi went home and met three boys who were in a luxury car. The trio calls him the old man and asks if he has a problem.

The trio circle him and pretend to fight him. But they scratch a car and run, calling him an idiot. The car owner returns and asks what is wrong. Takemichi thinks the man suspects he has cracked the car. He started to run. Takemivhi will arrive at Shibuya and Shinagawa train station. He wonders, and he never thought his life would end like this. He realizes he lives in an apartment with a thin wall.

Treated like an idiot by the manager who is younger than him. Those punks started arguing with him and eventually he apologized. Takemichi keeps thinking about Hinata because it was his only girlfriend. But she died, and he is still a virgin and he wonders what went wrong. When he’s waiting for a train, someone’s hand pushed him. The train was about to hit him and the citizens wonder if he is committing suicide. Before the train hits him, he only remembers Hinata.

Takemichi remembers his past when he was still in high school. While in high school, Hinata was super popular with Naota. Takemichi realizes he was number two in a kick-butts gang of sophomores. That’s the only time he had a girlfriend. One day he gets on a train with his friends, which reminds him that he has had to get off since they arrived. He realizes he’s with the Nostalgic. He saw Makota, who could not stay, is a womanizer. The fool Yamagishi thought he would be smart if he wore glasses.

Their leader Akkun and Takuya is his childhood friend. The crew keep it cool while they play it cool, and they dress some of them. They wear large pants and walk with their hands in their pockets. Even their walks are cool, and their haircut and they’re popular all over Tokyo. Takemichi looks in the mirror and can’t believe it’s him in baggy pants and a funk haircut. Her comments that the hell are this bland looking punk. He realizes he’s a bland looking punk crew.

Tamechichi can’t believe he was like that when he was in high school. He realizes that he has been reborn in his old body. He looks at his mobile and notices that the time is a long way back from twenty years ago. They meet the Tokyo Majin Gang who whipped them, and they bow and apologize. That’s the day it all started, and the Tokyo Majin Gang was in the spotlight. Later, Takechimi wakes up to find that Naota has saved him. Naota told him he has traveled through time.

Check out the trailer for Andrew Garfield’s film that leaves critics baffled – FilmyOne.com