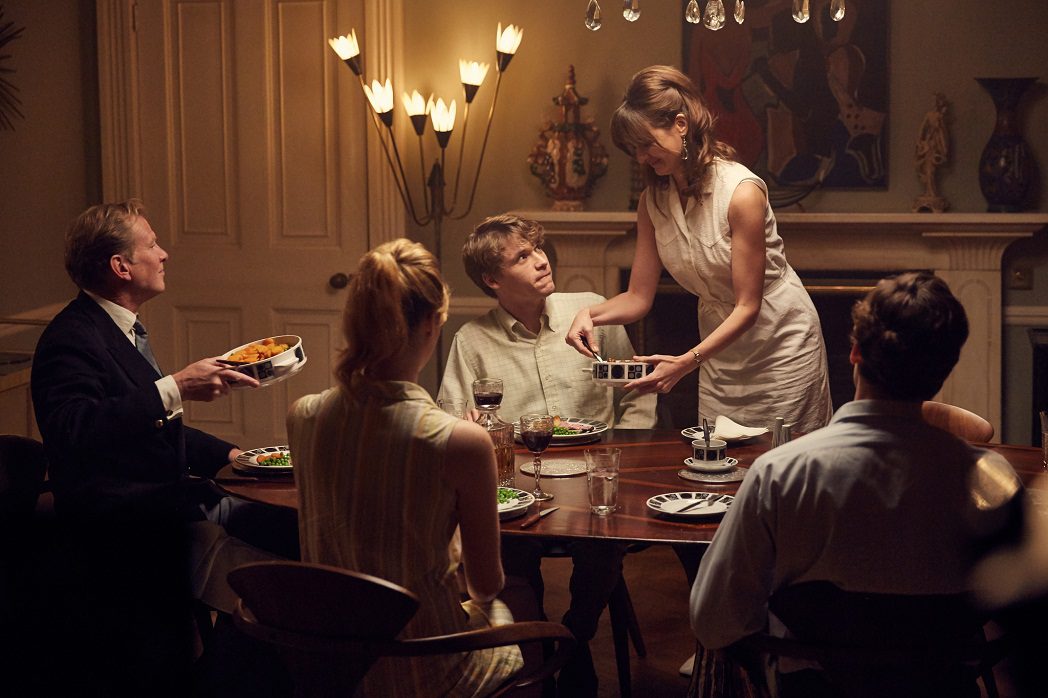 The Sense of an Ending movie is based on a novel of the same name written by Julian Barnes. Anthony (Tony) Webster was a 60-year-old man and a protagonist. The movie starts when Tony narrates a story. He recalled his school days when he, Colin, and Alex were the three members of his circle. But later, Adrian also joined them. Adrian was an intelligent guy and was the most philosophical one in his group. He participated in each of the competitions that took place in their school, and that’s the reason he was respected by his teachers. Continue reading to learn more about the ending of The Sense of an Ending movie.

One day they got to know that one student Robson from their school committed suicide. It was rumored that the reason for his suicide was the pregnancy of his girlfriend. Tony, Colin, Alex, and Adrian started discussing the incident philosophically. At last, they concluded that the step Robson took was not only unphilosophical but also irresponsible. Suicide can never be an option, and it represents the weakness of a person; these were their words. This was their story before graduation.

The Sense Of An Ending Summary

One day Veronica invited Tony to meet his family at her home in Kent. Looking at her beautiful home and the economic status of her father and brother in society, Tony felt inferior to them. In the morning, Tony met her mother, Sarah, who was apologizing for her family’s behavior.

Afterward, Tony took Veronica to meet his friend Adrian, where he got to know that Jack (Veronica’s brother) was also studying there. Again he felt sad to see her brother.

A couple of years later, Tony and Veronica broke up. In the last year of his graduation, Tony received a letter from Adrian, who informed him that he was dating Veronica. To which Tony angrily replied how her mother warned him about her, and he cursed that they would have a child who would pay off its parents’ sins.

Tony visited the United States, where he got to meet a girl named Anne. They became quite good friends. Meanwhile, he received a letter from Alex informing him about Adrian’s Suicide. He left a note in which he confirmed that he committed suicide according to his will.

One year later, Tony, Colin, and Alex met and remembered Adrian. There they decided that they would try to meet at least once every year. But they got so busy in their everyday life that they lost touch.

Tony got a job and married a woman named Margaret. They had a daughter Suzy. But after some years of their marriage, Margaret left Tony for a rich man. Ultimately that rich man also left her, and she and Tony again became friends.

Tony with a lawyer who gave him Adrian’s envelope. The envelope contained 500 pounds and two documents. But what he noticed was that Adrian’s diary was missing. He then emailed Veronica asking for his diary. But Sarah’s lawyer emailed him the screenshot of only one page. There Adriana had written a formula where a person can calculate the relationship. Tony could not understand this, and he again emailed Veronica demanding the diary.

The Sense Of An Ending Movie Ending Explained

After this, Veronica asked Tony to meet her at the millennia bridge in London. There she handed him a letter which he had written to Adrian. Tony felt sorry for using bad words for her. But he was obsessed with the diary, and he wanted that very badly. Therefore, Veronica took him to a place full of handicapped people. And she pointed out one person, then she retreated.

From that day, Tony started visiting the place and got to meet a child who was almost similar to Adrian. There, he emailed Veronica and said he did not know that they had a handicapped child. To which Veronica replied if he had not understood yet, then he would never understand it.

Tony again visited the place, and when he asked a caretaker about the child, he got to know that the child was actually the son of Adrian and Sarah Ford (Veronica’s mother).

At the end of The Sense of Ending movie, Tony’s daughter gave birth to a healthy boy, after which he immediately wrote a letter to Veronica asking for her apology for his deed.

Snowkissed Review: A Look At This Cold Hallmark Movie