India’s over-the-top streaming (OTT) market remains one of the fastest growing markets in the world. In the past twelve months, boosted by the Covid-19-induced lockdown, total domestic OTT consumption increased from 181 billion minutes to 204 billion minutes.

However, consumption in the fourth quarter was also boosted by a number of major OTT releases, including sporting events, new movies and a Netflix campaign to increase followers in India.

According to a Boston Consulting Group report from two years ago, the Indian OTT market is poised to reach $ 5 billion by 2023, although this number is likely to be revised up due to the rapid uptake during Covid-19. More systematic drivers of growth are increasing prosperity, increasing data penetration in rural markets and adoption in demographic segments, including women and older generations.

The first dependent OTT platform in India was BIGFlix, launched by Reliance Entertainment in 2008, but today the US giants Netflix and Amazon Prime Video are among the biggest players. In terms of customer satisfaction, subscription video-on-demand platforms Netflix and Amazon Prime Video also lead the way with scores above 50%, meaning that a majority of users would recommend buying the streaming service to peers. 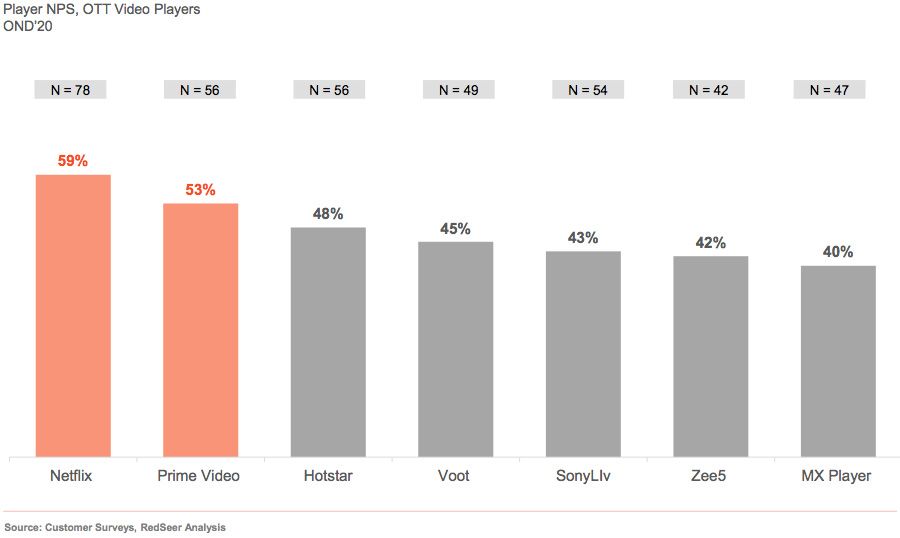 However, in terms of the number of subscriptions, Hotstar (now Disney + Hotstar) is the most subscribed to the OTT platform in India, with about 300 million active users and more than 350 million downloads. For many middle class Indians, Hotstar is more attractive due to the lower subscription rate.

OTT is a segment of the media and entertainment sector, that is according to PwC ready to grow at a compound annual growth rate (CAGR) of more than 10% in the years to 2024, pushing it past the $ 55 billion mark.

#VDayBinge: what to watch on Netflix if you want to believe in ~ True Love ~ again