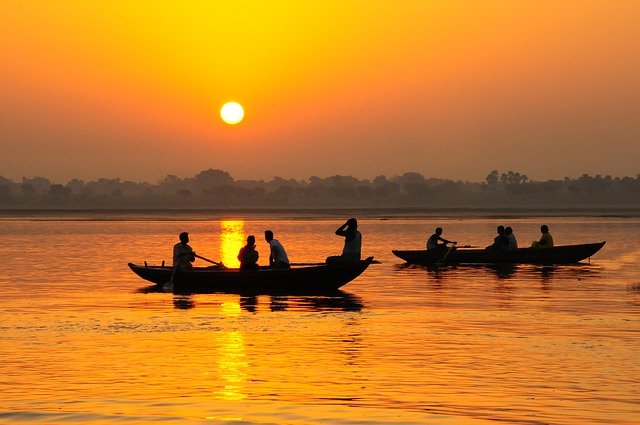 Rivers in India have always been revered for their religious significance and immense ritual values. The Ganges, affectionately called the Ganga, holds a dignified position for the Hindus worldwide because of its mythological values ​​and divine status. With one of the longest rivers in the world, its point of origin is the Gangotri Glacier in the Himalayas. It rises more than 10,000 feet above sea level and follows a long route before ending its course to the east.

The Ganga joins the Yamuna River at Allahabad, automatically making the place a major religious attraction known as the Sangam. Then it goes to Malda in West Bengal where it connects many rivers and forms a vast stretch. On its way to Bangladesh, it joins the Brahmaputra River before finally flowing into the Bay of Bengal. Expansion aside, it remains by far the most sacred and most adored waterway, next to the most popular river in India.

For the devotees, the Ganges is more than just a river as it has long been transformed into a pious center of many religious activities. From the cremation of a corpse to the scattering of mortal ashes, it invites people to countless rituals and activities from birth to death. Hundreds of ghats have been formed around the river in various towns where bathing and other religious activities are performed.

From religious fairs to festivals, devotees flock to the Ganges all year round to strengthen their ties to the culture and traditions. More so, the river also attracts adventurers for water rafting, which usually takes place in Shivpuri in Uttarakhand. Many tourists flock to the riverbank to enjoy a sun-filled boat ride, while many never miss the evening aarti (a religious ceremony) at the adjacent temples.