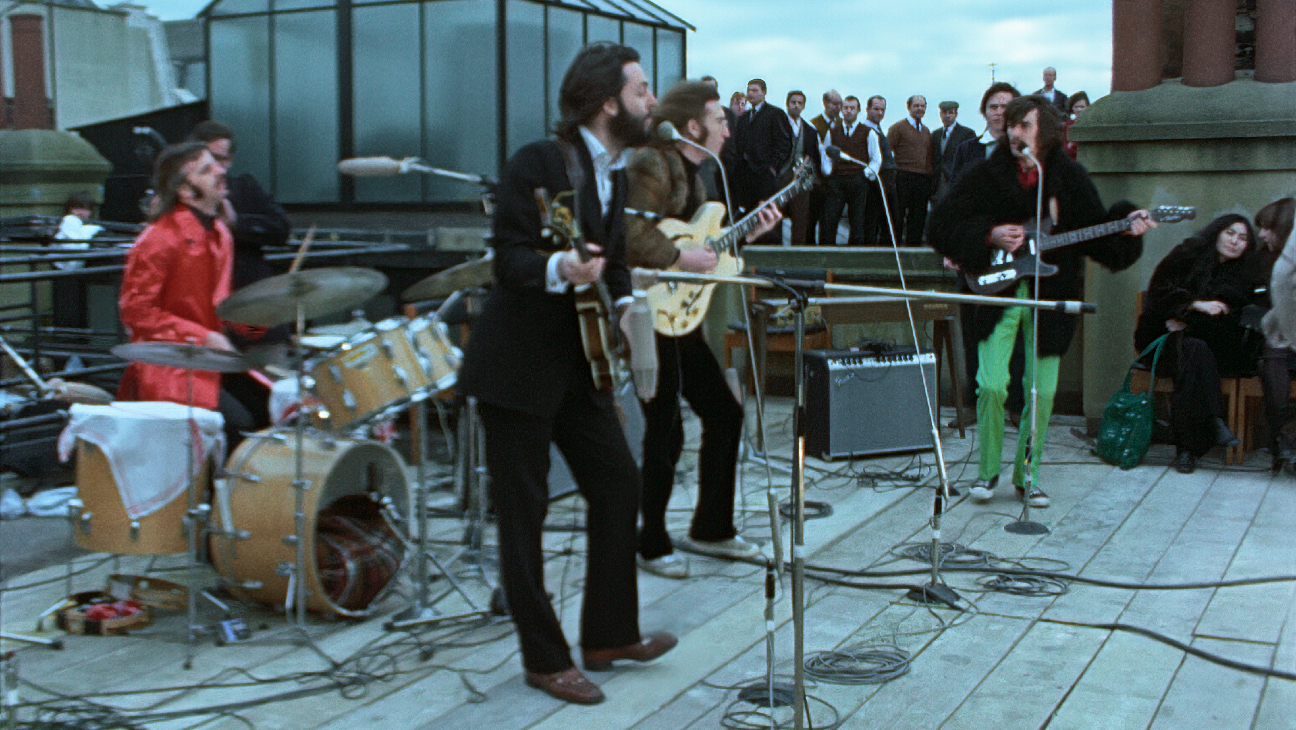 By including this, Jackson not only calms down the music geek, but digs deeper into the motivations why George will leave the project and what it will take to bring him back. Jackson lets this add flavor to the underlying plot of a race against time, without drawing overt attention to itself. Along the way we see why Paul’s friend and future Linda McCartney is emerging as a master rock photographer, and hear very good mixes of unreleased tracks.

Jackson shines by alternating the Beatles as they walk through Chuck Berry’s “Rock and Roll Music”, overlaying their Shea Stadium performance. It gives the feeling that the band is gathering for a concert. But we also hear snippets of the band running through Chuck Berry’s “Johnny B. Goode” and Bob Dylan’s “Mighty Quinn” and “I Shall Be Released” as they get used to the sound in the room.

The documentary, of course, features musical teasers for bootleg enthusiasts as well as future releases in their infancy. McCartney introduces “Another Day”, “The Long and Winding Road” is composed and structured, and we hear “Golden Slumbers” just waking up. We learn that the song “Carry that Weight” was originally written for Ringo, already has the recognizable chorus, but also contains verses about “normal kinds of problems everyone has”, as Paul puts it, which are later omitted. Ringo plays a song he wrote called “Taking a Trip to Carolina,” accompanying himself on piano and making fun of himself all the time. The clearer images enhance the intimacy and easy humor.

One of the most brilliant, stylistic and conceptual sequences of the limited series is when Lennon and Apple Films executive Denis O’Dell talk about artwork while Paul writes “Let It Be”. Jackson lets this story take place subversively. The camera is never aimed at Paul as the subject. We see him in the background, occasionally looking around to see if anyone is reacting to what is happening musically. We can actually see him composing it, checking which chord progressions sound better than the last. It’s done so well and never draws enough attention to itself to be considered sublime.

But Jackson never plays a full song until he reaches the title tune. “Get Back” begins as Paul tries to power himself up with a new idea. Over the course of the first episode, we’ll see the song turn into a protest against white nationalism. Jackson alternates newspaper clippings for context to show how important this was while it was happening. But he also broadcasts this song as special. He explains why by showing it refined in the smallest of ways. He has an ear for detail and an eye for shortcuts. We hear how important something as simple as an occasionally enhanced backbeat can be in a performance.

Every song has a story, just like every character, and “Get Back” is the main character. It is the first song the world of the session hears, and the first song played from start to finish in the documentary. Jackson presents great footage of revealing moments, but never unpacks the whole thing until it’s done. Just like the Beatles. Jackson reinforces this when he shows that the Beatles decide to follow their early tradition by releasing it as a single. It’s also an announcement of the upcoming show, wherever it will be.