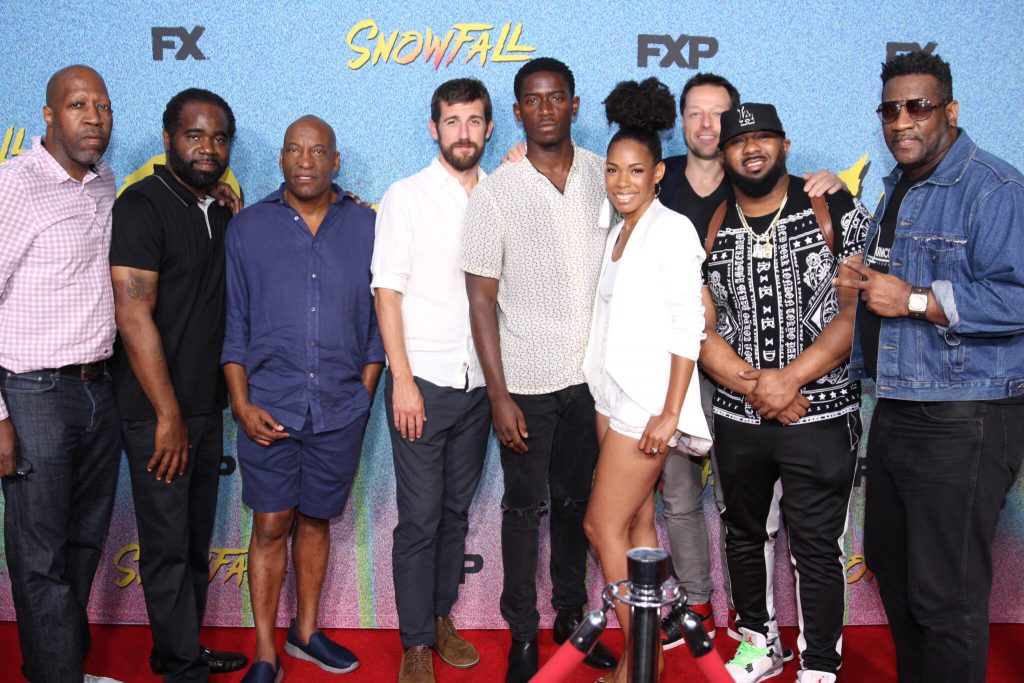 Snowfall Season 4 Episode 6 will premiere to the public soon. Snowfall is an American crime drama television show that has won a lot of fans since the series was released. The series first premiered in 2017. The show’s story revolves around 1983 Los Angeles, when the city’s first crack epidemic took place because of some drugs and how it affected the city’s culture.

The show is already in its 4th season. Created by John Singleton, Dave Andron and Eric Amadio, the series features lead characters with Franklin Saint, a 20-year-old drug dealer, Teddy McDonald, a CIA agent, Lucia Villanueva, a niece of a Mexican crime boss. The fourth season of the show Snowfall premiered on February 24, 2021. It had been delayed a bit due to the ongoing covid pandemic.

The sixth episode of Season 4 of Snowfall is entitled ‘Say A Little Prayer’. In this episode, Franklin will have to face the consequences of the choices he has made. Louie and Jerome are ready to expand and expand their business even further. On the other hand, Teddy will be very shocked, perhaps because of some reports that may have reached his knowledge. And finally, Irene will issue an ultimatum! Danger is on every corner, whatever the outcome!

Where to watch Snowfall Season 4 Episode 6?

Snowfall Season 4 Episode 6 will be broadcast for the first time on television on FX. So if you followed the show on TV just tune in to FX and watch the latest episodes. If you don’t have access to TV and are wondering about watching it online, you can watch Season 4 on Hulu the day after it airs on TV. If you don’t have access to Hulu, you can watch the episodes on various VOD platforms such as YouTube TV, iTunes, DirectTV, SlingTV, FuboTV, Amazon Prime and Vudu. You can watch all seasons on these platforms. 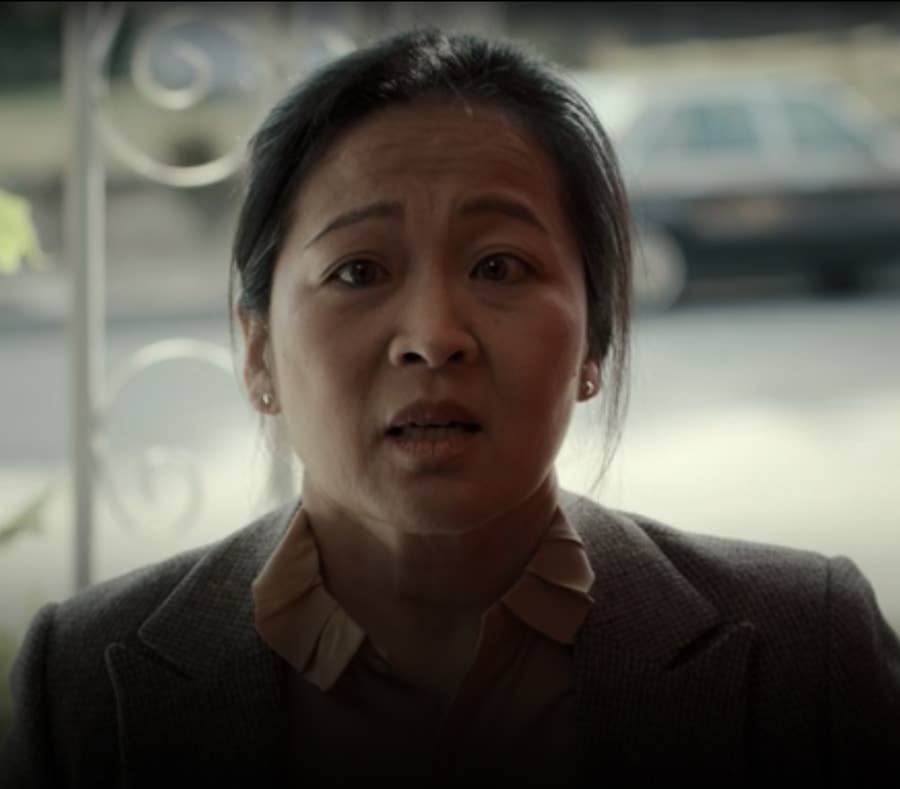 The 5th episode of Season 4 of Snowfall is entitled ‘The Get Back’, Leon is seen in a very messy frame of mind. Leon is very scared because he has nightmares every day that Franklin shoots him. Police officers are also looking for Franklin. On the other hand, Manboy and Scully still have some undone matters to arrange. In one incident, Manboy’s niece and Scully’s daughter died, which is why they got together. Since Leon is not having a good time, he wants to stay with his mother, but her mother does not want to because he will be easy to find there.

Irene continuously tries to find out as much information about Franklin as possible. She’s the girl who won’t stop until she’s done what she wants. She also interviewed two people so she can get information about the underworld and Franklin’s involvement in all of this. Then Scully finds out about Leon and takes him to a safe place. Leon is alive, and he’s fine. Franklin is under a lot of pressure and other parties are constantly pressuring him to tell him where he is, but he does not give up.

The fourth episode of Season 4 of Snowfall is entitled ‘Expansion’ and premiered on March 10, 2021, written by Hiram Martinez. Leon makes huge and bigger mistakes in this episode that costs him everything. Leon is Franklin’s best friend and his mistakes both got him into trouble. Franklin tries to fix all of these errors. Wanda tries to sell her bad tooth for some more crack. The plot of the story changed when Leon thought he was no longer dependent on Franklin, and took matters into his own hands. Franklin’s bodyguard tells Franklin that he no longer wants to work for him. The episode ends with Leon and his team running away from Skully. It leads to a firefight when Skully pulls his car next to Leon’s car.

Franklin, when he told Mosleys to sell the bookstore

The 4th episode of Season 4 of Snowfall is entitled ‘All The Way Down’ and premiered on March 3, 2021, written by Walter Mosley. In this episode, Franklin finally faces Agent Nixon when Nixon threatened Franklin’s father so that he could set him up for Nixon. That’s why Franklin told Nix directly that he wants to continue his job at the original rates they discussed earlier. But Officer didn’t find the news overwhelming. As a result, his mother, Cissy, was arrested by the officer, events changed when he took her to Officer Andre Wright’s gravestone instead of taking her into custody. But this isn’t the only thing he wanted to take care of, he worked with his mother so they could continue their real estate. Franklin was confronted by Mrs. Mosley for wanting to sell their family-owned bookshop.

Ultimately, however, Franklin sold his company to Paul Davidson. Mosleys were very disappointed in him. They felt betrayed and upset. On the other hand, Leon is still trying to make more money without Franklin’s supplier. Leon met his old love Wanda who is still addicted to drugs. Leon finally realized how badly these drugs are affecting the community. At the end of the episode, Irene is very close to finding out the reason behind this drug epidemic and the violence that is taking place. 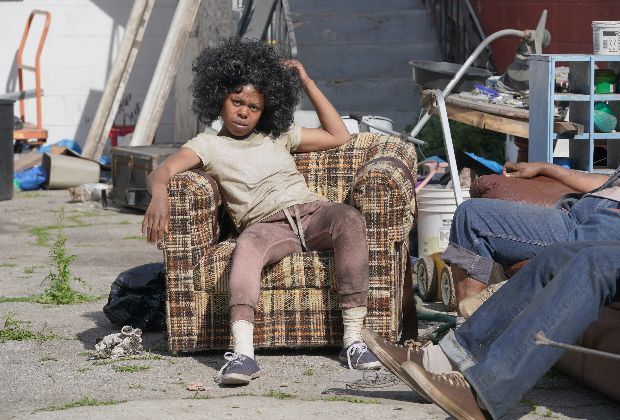 Wanda when she met her old love. Leon

The second episode of Season 4 of Snowfall is called ‘Weight’ and was released on February 24, 2021, written by Leonard Chang and directed by Karena Evans. The episode starts with a bang! The plan made to abandon Skully was wrong. Franklin hopes to stop a gang war between Scully and Manboy. But he couldn’t, and this made the situation even worse. Skully now feels betrayed, and Franklin has now made more enemies. Leon struggles because Franklin isn’t with him. Cissy is now very interested in Franklin’s affairs. Leon doesn’t keep up with Franklin. That’s why he tries to get a new connection from his crew members. But it ends up as a setup, but luckily they got there in time.

Franklin then meets with Agent Nix so he can use him for the deals that have been made. He wanted Nex to arrest anyone who got in his way. Nix, like a truthful man, tries to investigate everything. Franklin also arranges a meeting with Manboy, Manboy tells him he shot Skully in melee. Finally, it is revealed that Skully has been shot definitively, but he is alive and fine. Skully is very angry. In a confused mind, he takes the bullet from his arm with the help of a butter knife.

The first episode of Season 4 of Snowfall is called “Re-Entry” and premiered on February 24, 2021. The episode centers on the chaotic year of 1985. The South Central region is plagued by drugs. Gangs are seen at war with each other because of the things that are happening. In the Season 3 finale, Franklin was shot and kept bleeding. But he survived completely in the first episode. Franklin tries to increase his sales and makes more enemies in the process. He finally realized that a truce is next to impossible, and that he really had to take sides. He helps Skully find Manboy and get his revenge. They can make a plan so that Manboy can believe they are on his side. But the plan fails miserably. Skully felt betrayed. Franklin made a lot of enemies this time.