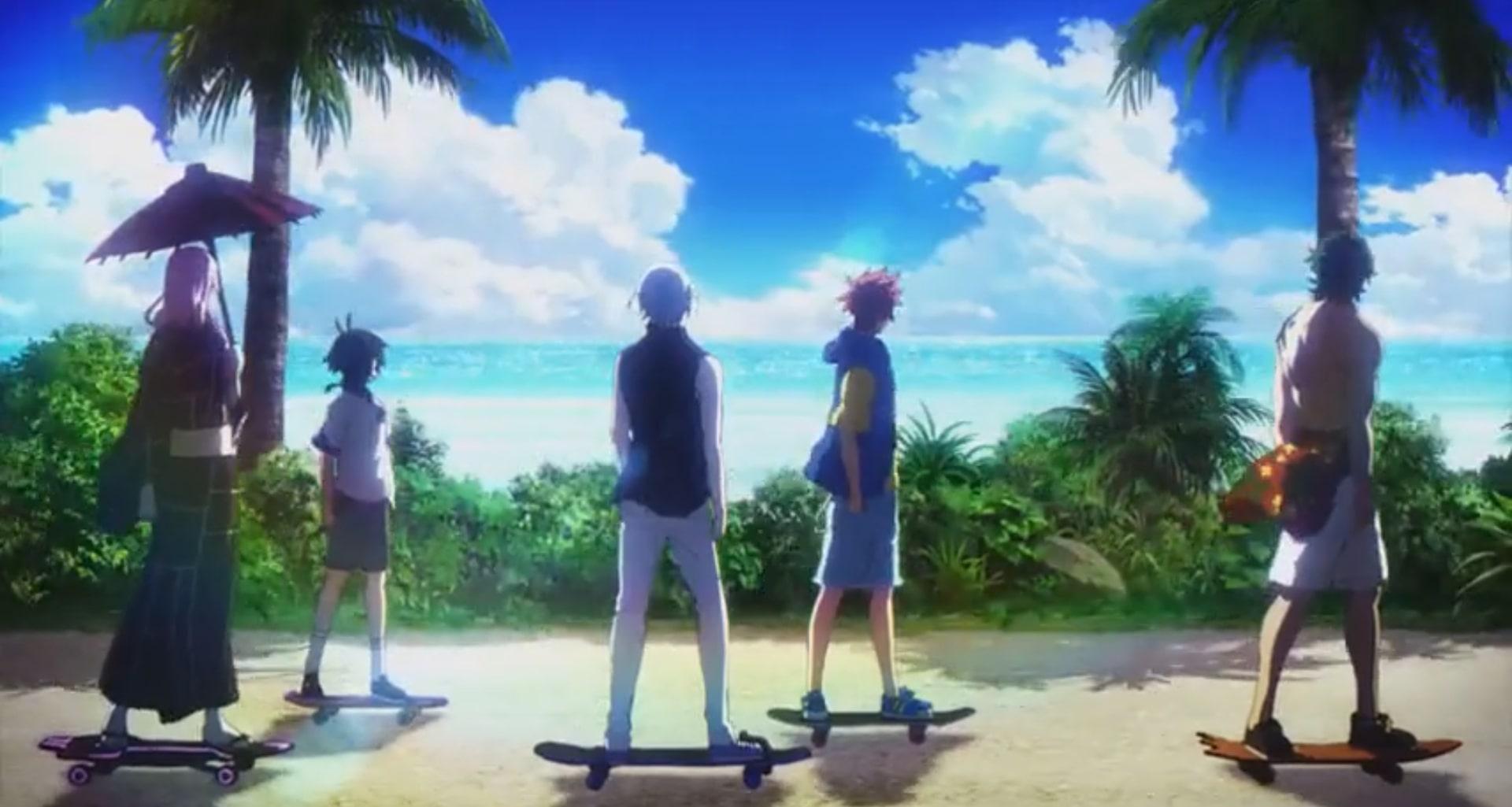 Created by Hiroko Utsumi (‘Yu-Gi-Oh !: The Dark Side of Dimensions’) in collaboration with Bones Studios (‘ My Hero Academia ‘),’SK8 the Infinity‘(stylized’ SK∞ ‘) or’ Esu Kē Eito ‘is a sports anime that revolves around a group of skateboarders. When Langa Hasegawa moves to Okinawa from Canada, Reki Kyan finally finds someone in his class who will listen to him endlessly about skating. Langa grew up snowboarding and quickly proves that he is also a great skater.

His consecutive victories against some of the best skaters in the secret and dangerous “S” race draws Langa’s attention from all over the island’s skating community. The anime premiered on January 10, 2021 as part of ABC and TV Asahi’s ANiMAZiNG !!! programming block. Here’s everything you need to know about the upcoming episode.

Where can you watch SK8 the Infinity season 1 online?

In Episode 6, Reki, Langa and Miya travel to Miyakojima. Reki is still recovering from the injuries he sustained in his race with Adam, and everyone seems to think it will be good for him to spend some time in a hot spring in Miyakojima. Shadow is forced to join as a chaperone. On the boat trip to their destination, the group meets Cherry and Joe, who are also going to Miyakojima.

Langa has spent most of his life in the mountains of Canada and is in love with the beach. The group spends quite some time there playing beach volleyball, swimming and floating. As usual, Joe flirts with a few women, making Reki and Shadow jealous. As they argue about how to make fun of Joe, Miya walks straight to the tattooed skater and starts calling him “dad.” This scares the girls away. Meanwhile, Tadashi informs Adam that Inspector Kiriko Kamata is behind the recent crackdown on the “S” race. Adam later runs into Kamata at the entrance of a hotel.

Reki, Langa and Miya discover what kind of accommodation you can get for a meager 3,000 yen: a small room with a table fan in a homely inn. Reki’s misery only intensifies when Shadow tells him the inn will not provide dinner. Joe comes to their rescue and takes them to where Cherry is staying: the luxury inn across the street. Joe declares that Cherry will pay for the dinner, much to Cherry’s dismay. 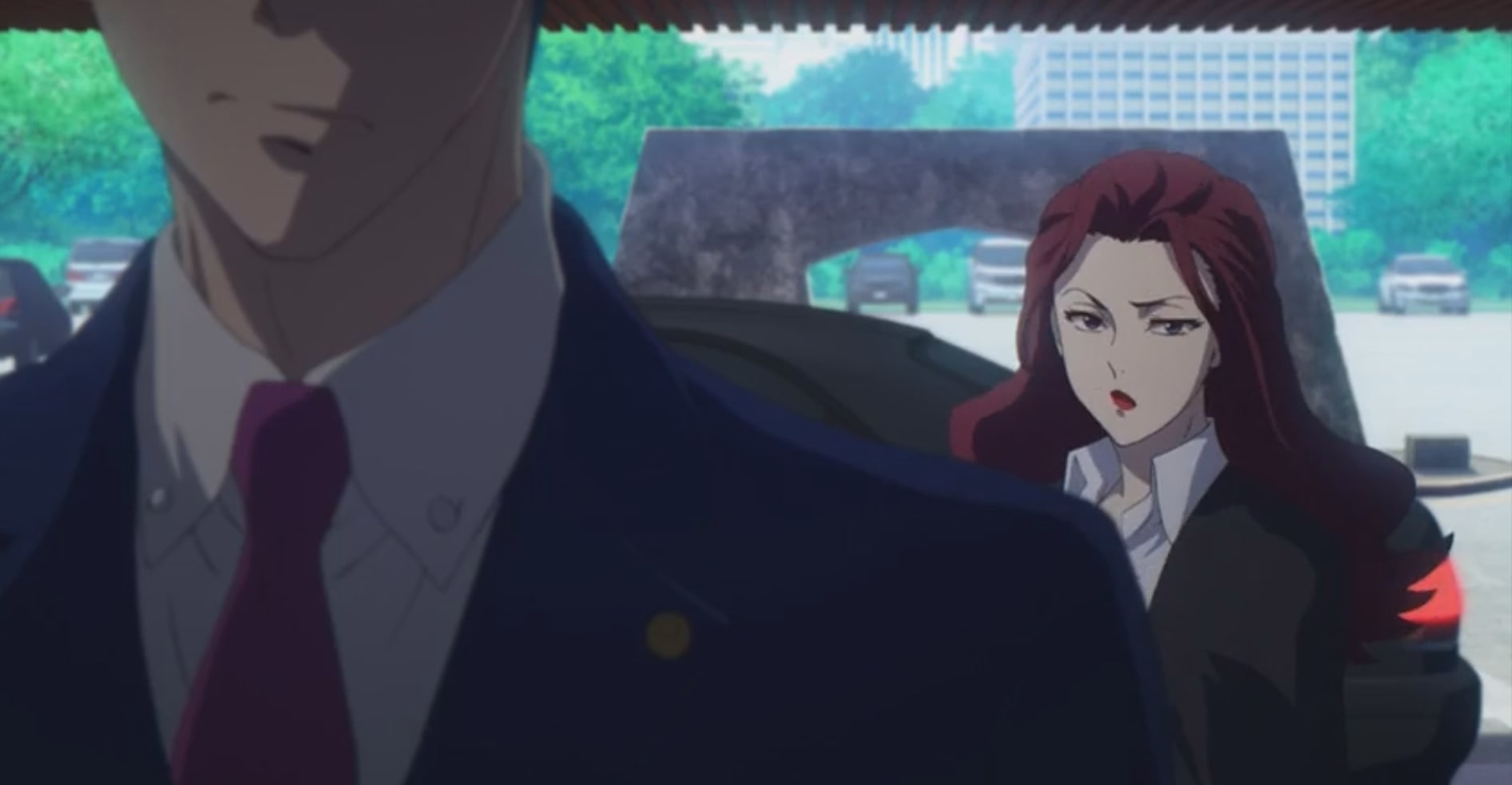 Reki is somewhat depressed about how quickly Langa is improving as a skater and about his own stagnation in that regard. He has a candid conversation with Joe. The group later decides to race towards the hot spring. Joe and Cherry get there before anyone else and argue about who was first. The other four run into some strange people covered in mud. The episode ends when the group wonders who these people were on their boat trip. In Episode 7, Adam might find a way to interact with Kamata. Here’s the trailer for the next episode.