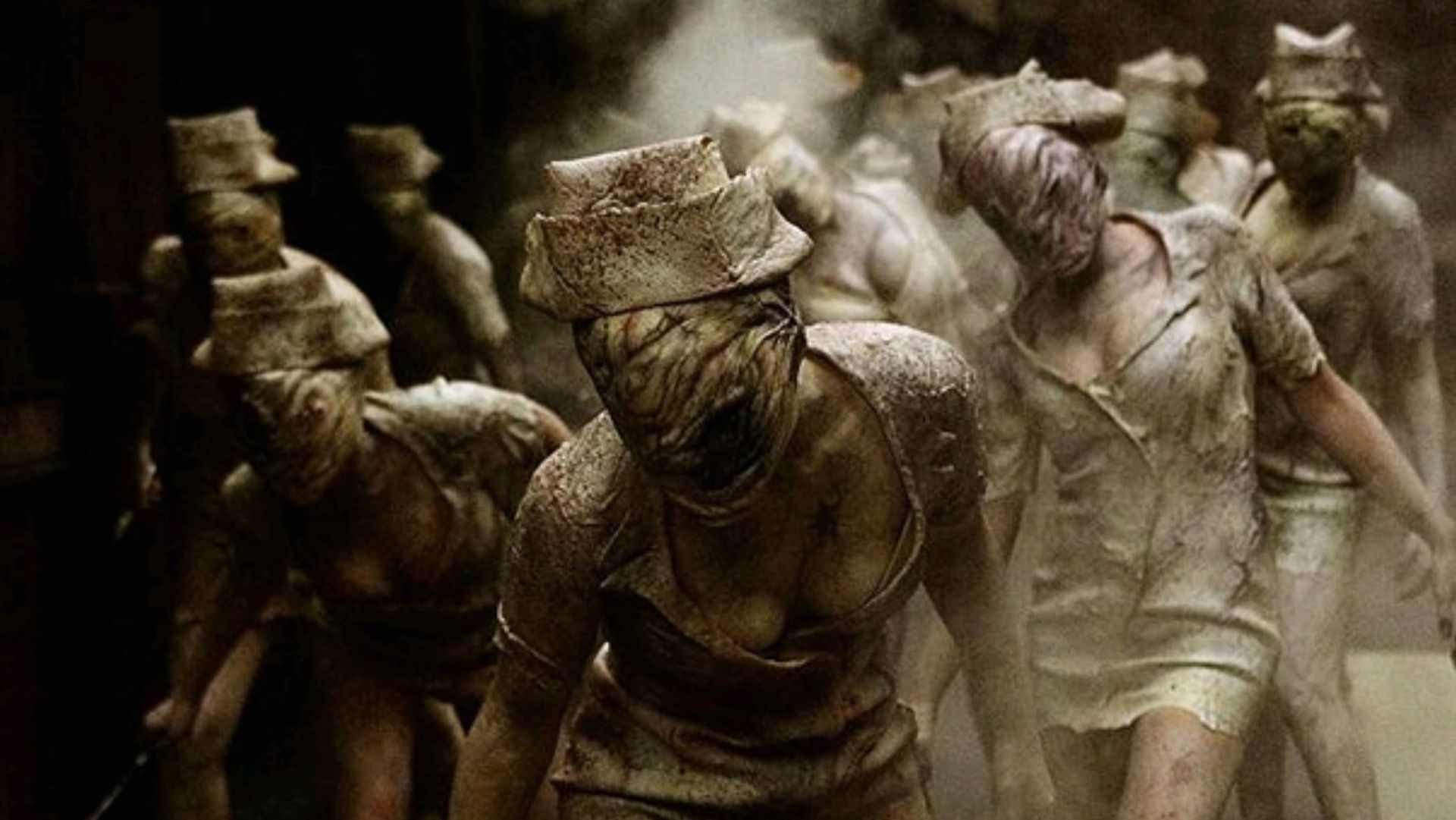 Using the story, characters and dialogue of the source material to work out a good adaptation is one thing. But just using the atmosphere and still getting it done is in a league of its own. While Christophe Gans’ Silent Hill is a loose adaptation of Konami’s survival horror, it nurtures a feel from the original that creeps into the viewer’s mind as much as the setting of the game.

The story itself is as dazzling as the mist of Silent Hill 2 – a young girl, Sharon, played by Jodelle Ferland, goes missing after being enchanted to go to the town of Silent Hill. Her mother Rose, played by Radha Mitchell, goes looking for her. And things happen, as with any Silent Hill, or horror actually, title.

Here comes the charm of the series, though – instead of boring horror, we’re offered a disturbing tone with a visual language that can sometimes be compared to Hitchcock’s way of slowly putting all the puzzle pieces together for characters and viewers.

Oh yeah, and it’s gory, like really gory – giant bugs, “sweet” nurses, circus show-level mutilation, and a whole lot more. Entertaining for some, too much for others, a little too long (almost two hours) through some dragging too, but a compelling entry into the Silent Hill universe.

Dream League Soccer: When will DLS 22 be released: release date and thoughts