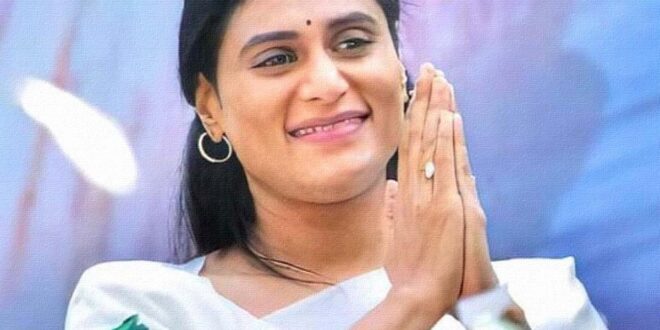 YS Sharmila, daughter of former CM late YSR and sister of Andhra Pradesh Chief Minister YS Jagan Mohan Reddy, has become the hot topic of discussion in political circles after announcing it will run a political party in Telangana.

She further said she would speak district-wise with YSR fans and loyalists, consider their views and positions to work out the party’s agenda and plan of action. However, she said the party’s main agenda would be to set up ‘Rajanna Rajyam’ in Telangana.

She had already met Nalgonda’s YSR loyalists on February 9, after announcing her plans. Today (Feb. 15) afternoon, she is scheduled to meet YSR fans from Hyderabad and Rangareddy districts at her Lotus Pond residence. She had already reached Hyderabad from Bengaluru to attend the meeting. These meetings are meant to express their views and also to know people’s problems.

Initially, Sharmila planned to go to Khammam on February 21 to meet YSR fans, but with the MLC election code in progress there, the YSR fans themselves are coming to Hyderabad in a gathering and planning to meet her at Lotus Lb.

They said Sharmila’s tour to Khammam would take place once the MLC elections are over. They also claimed they would partner with Sharmila and pursue ‘Rajanna Rajyam’ in Telangana.

Currently, meetings with YSR loyalists are being held at Lotus Pond, but there is a sense that if she continues to function from the same place, it would send false signals about her association with Jagan.

The party leaders said they are trying to identify a 2-acre land in Gachibowli or Madhapur to set up the office. However, Sharmila would continue to live in her Lotus Pond residence.

At the same time, Sharmila’s supporters said the party’s name and flag would be announced in the coming days.

Kings XI Punjab to change their name and logo? Twitterati has hilarious suggestions