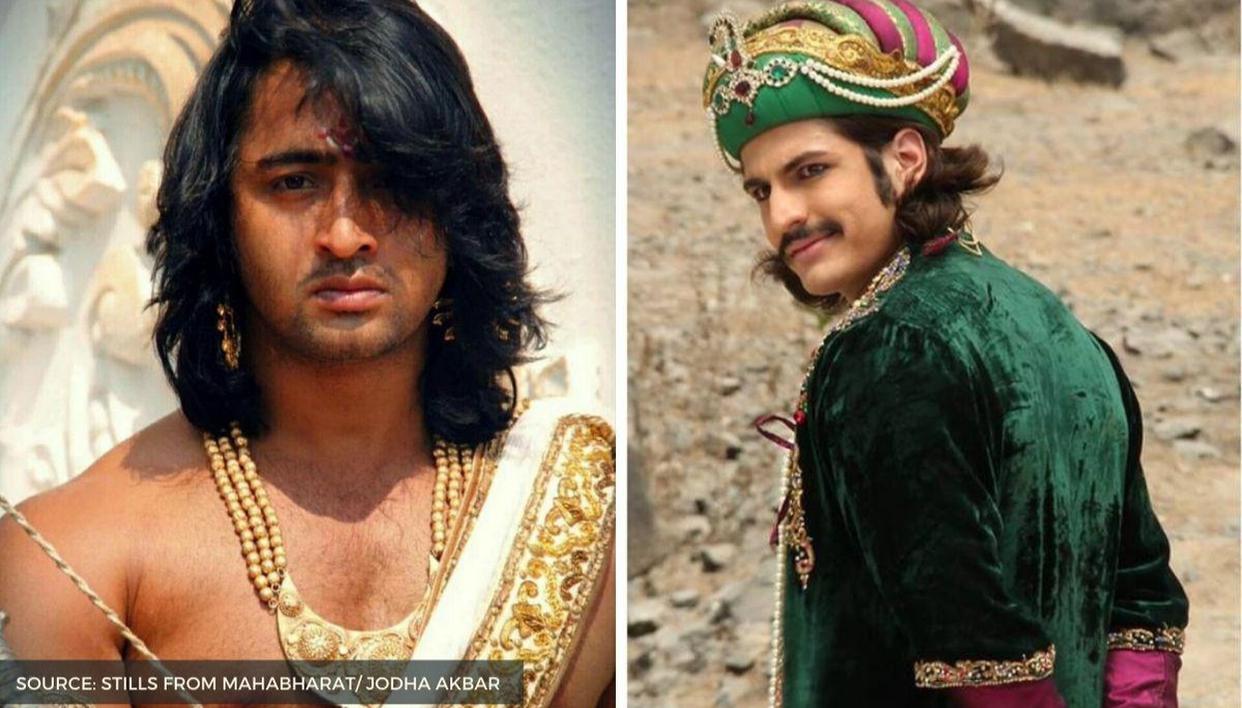 TV actors Shaheer Sheikh and Rajat Tokas have won millions of hearts with their performances. The actors have played various roles in historical and mythological shows and the audience loves them. Shaheer Sheikh’s shows like Jhansi Ki Rani and Mahabharat garnered him enormous popularity. On the other hand, Rajat has mainly worked in historical shows such as Jodha Akbar and Dharam Veer and has become the public’s favorite when it comes to such roles. Here’s a look at which actor is better at playing a historical character.

Shaheer Sheikh played the role of Nanasaheb on the show in 2010 Jhansi Ki RaniHowever, the role was small and he managed to grab a big part as Arjuna is MahabharatHis performance as Arjuna was loved by the audience. The plot was based on the Indian epic Mahabharat. He was highly appreciated for his role and his friendship with Krishna alias Saurabh Raj Jain was loved by their fans. The show was originally broadcast from 2013-2014. However, it became hugely popular again during the COVID-19 pandemic when Star Plus aired it regularly. He was also nominated several times for the best actor in leading roles as Arjuna.

He was then seen inside Dastaan-E-Mohabbat Salim Anarkali as the lead role of Saleem. The plot centered on the sweet love story of Salim and Anarkali, played by Sonarika Bhadoria. Most recently, the actor was seen playing the role of Veer Singh on the show Paurashpur at ZEE5. The show told the show of the 16th century when women were not allowed to make decisions. Things take a turn when Queen Meerwati challenges Bhadrapratap Singh’s plans to destroy the enemy.

Ever since Rajat Tokas started his career on television, he is known for his historical characters. He made his debut with Sai Baba as Tantya and was later seen in Dharti Ka Veer Yodha Prithviraj Chauhan as young Prithviraj Chauhan. Audiences loved how brave his role was and missed him after his character came of age. He was then seen inside Dharam Veer as Veer. The show also featured Vikrant Massey as Dharam. It was a fictional story of two princes and their adventurous paths.

He then played in Jodha Akbar as Jalaluddin Mohammad Akbar. The show produced by Ekta Kapoor starred Paridhi Sharma. and was based on the political marriage of Akbar and Jodha Bai. Rajat has won several television awards for his performance as Akbar. Finally he was seen in Chandra Nandini who played Shweta Basu Prasad as a princess Nandni and him as Chandragupta. The show was loosely based on the lives of the two characters.