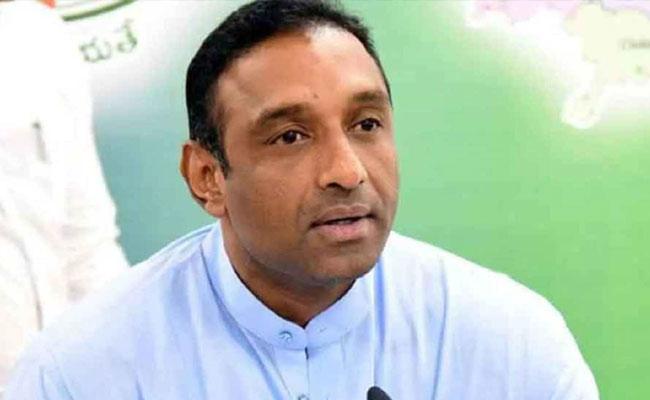 Andhra Pradesh Industries Minister, M. Goutham Reddy, said Monday that jornalists should check the truth before publishing or airing any news as he refuted N. Chandrababu Naidu’s claim that TDP has swept panchayat polls in his home village of Brahmanapalle.

The minister said it is terrible for an experienced person like Naidu to allegedly make false statements without evidence.

At a time when various political parties in the state have set high standards for winning many seats in the panchayat elections, Reddy refuted the TDP chief’s claims that the party won in his home village of Brahmanapalle.

“In my hometown of Brahmanapalle, the YSRCP flag has won by a huge majority. If your party really won in my village, please provide the evidence,” the minister said.

He alleged that the TDP did not even participate in the elections in the village of Brahmanapalle in Nellore district.

“You (TDP) couldn’t even find a candidate to fight the elections in my village. We laughed at your (Chandrababu) statements in the newspapers,” the minister noted.

Reddy said the national TDP president’s 40 years of experience in politics could be useful for bluffing, but not for the development of the states’ populations.

He claimed that the ruling YSRCP had not only committed electoral exploits in Brahmanapalle in Atmakuru constituency, which he represents, but also burst several TDP bastions, wondering whether Naidu had heard of these developments.

To substantiate his claim about Brahmanapalle, Reddy produced the official statement of the victory, along with a photo of the winner.

“Are you (Chandrababu) baffled that 90 percent of the panchayats are won by us. For your notoriety, I add the official statement of Brahmanapalle winner. Please check this carefully and correct it,” claimed the minister.

Naidu had claimed that the party won 1,033 sarpanch posts in the second phase. YSRCP went a step further to create a website to map the victories per district.

Meanwhile, two more phases of panchayati elections are on the agenda, even as the notice to urban local authorities was issued on Monday.

Aamir Khan’s son Junaid’s debut Maharaja goes to the floor; Ira Khan says: ‘His professionalism is second to none’