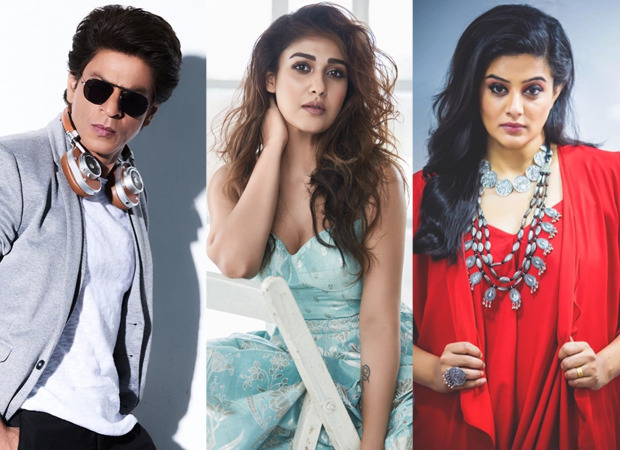 On Friday, Shah Rukh Khan, Nayanthara and Priyamani started shooting for Tamil director Atlee’s upcoming pan India film in Pune. The still untitled film is said to be an action-packed thriller with Shah Rukh Khan in a double role. And now we have an exclusive scoop for the film.

“It’s a typical Atlee movie with all the commercial trappings in the screenplay. While there are plenty of twists and turns in the story, one of the subplots is inspired by Money Heist. At a key moment, the negative nature of SRK teams up and organizes the biggest bank robbery one has ever heard of. The character on the other side of the law is essentially a robber by trade, but with a strong backstory,” a source told FilmyOne.com.

It is this song that sets the tone of the film and results in a confrontation between the two characters of Shah Rukh Khan, the second that of an agent/special agent. “There are many other facets to the scenario of Atlee’s next and the heist is just the tip of the iceberg in terms of elements of surprise. Get ready to witness the greatest Masala entertainers of today’s time,” the source said. us further. The entire screenplay was developed by Atlee himself with his team of writers. The Red Chillies creative team was also closely involved in the script development process.

The film also stars Sunil Grover in a pivotal role; however, his character details have been kept secret. Interestingly, at one point SRK’s Red Chillies toyed with the idea of ​​remaking Money Heist in Hindi in conjunction with Netflix. After several script development sessions, the idea was scrapped because the result was not that satisfying. However, it seems that one of the subplots from that version of the script has found a place in Atlee’s next one. And well, we can’t wait to see SRK put his own spin on Professor’s character!

Kiara Advani offers a multifaceted look at each character