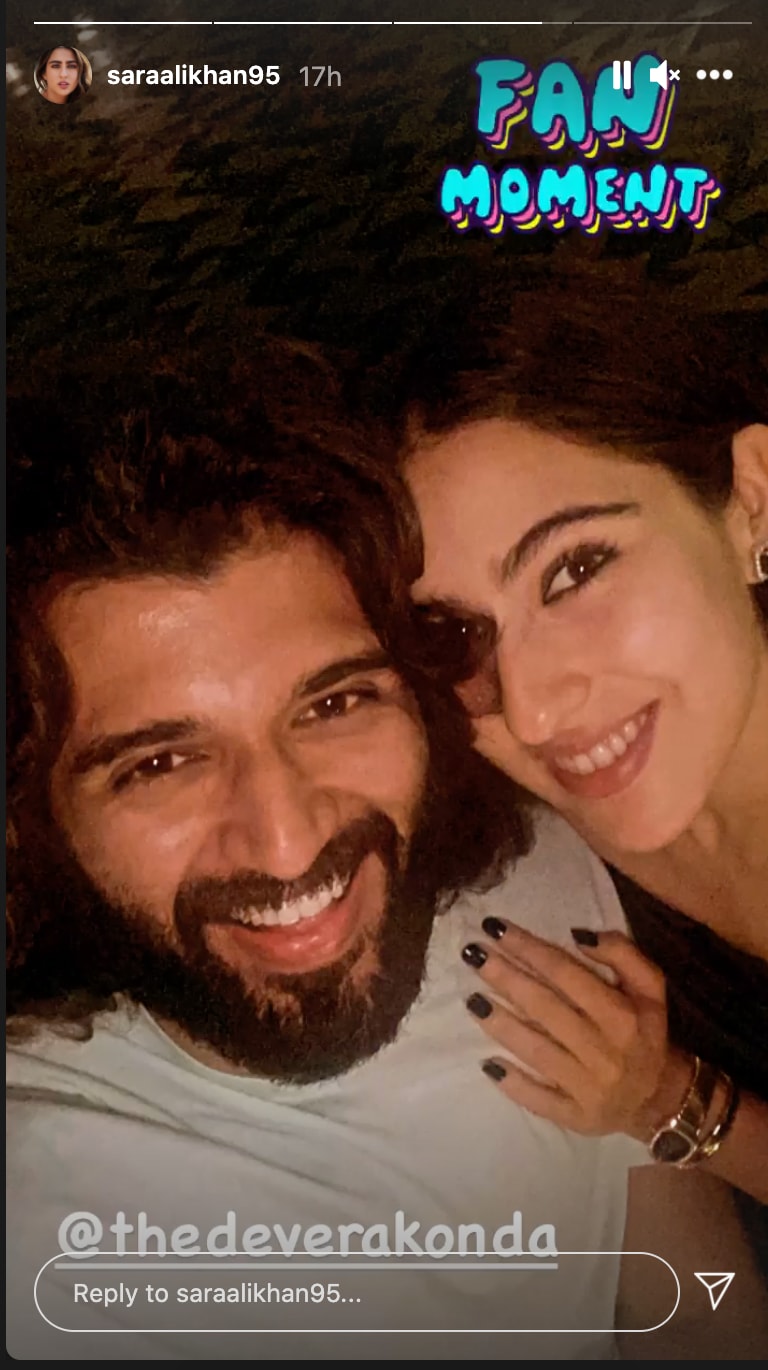 Sara Ali Khan had her ‘fan moment’ when she met Arjun Reddy star Vijay Deverakonda on Saturday. Sara took to Instagram Stories to share a selfie with him.

The Kedarnath star seemed thrilled and delighted in her latest Instagram story post as she posed for a selfie with the Dear Comrade actor. In an instant, both stars saw their million dollar smiles flash. In addition to the photo, she wrote “Fan Moment” and tagged Vijay’s official account.

Vijay, meanwhile, shared a few photos from a private jet as he ‘got back to work. In the photos, he could be seen in a purple shirt and matching shorts, eating a snack during the flight. “Your Man’s Back to Work,” he wrote with his post. Earlier on Saturday, he was spotted at filmmaker Karan Johar’s house party. Also at the party were Deepika Padukone, Ishaan Khatter, Ananya Panday, Siddhant Chaturvedi and others.

Sara will next star in Aanand L Rai’s Atrangi Re, starring Akshay Kumar and Dhanush.

Vijay is preparing for his upcoming romantic sports film Liger with Ananya Panday. The film will hit theaters worldwide on September 9. The film will be released in five languages: Hindi, Telugu, Tamil, Kannada and Malayalam.

Karan Johar has revealed the release date of Ananya Panday and Vijay Deverakonda starrer Liger, along with a new poster.