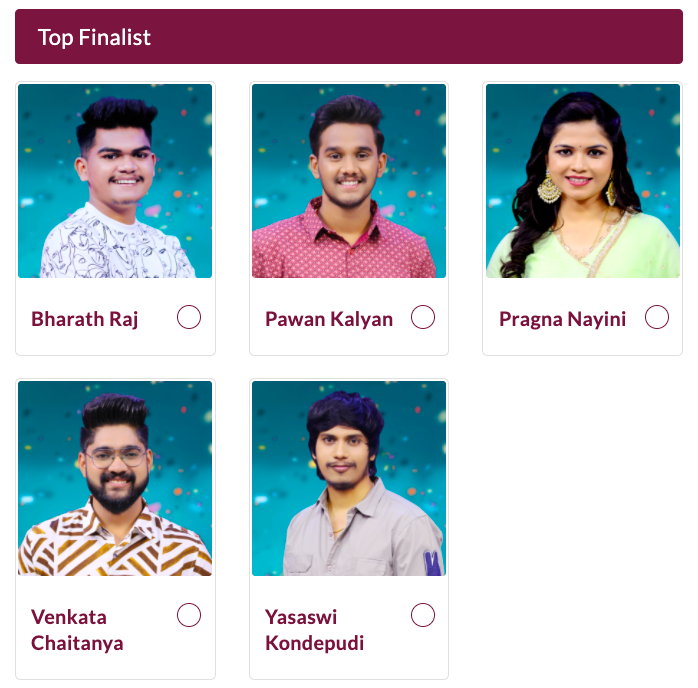 Sa Re Ga Ma Pa Telugu Season 13 is considered one of the most famous singing reality TV shows. It looks like the 13th season is about to air its grand finale. Plus, fans are quite excited about the show’s grand finale as the grand finale features the top 5 Telugu singers from all over the state. What makes the grand finale exciting is that after a long wait, the winner of the show is finally declared.

The 13th season of Sa Re Ga Ma Pa features some of the most talented singers in the Telugu-speaking states. After an incredibly and highly competitive season, the finalists will be Pragya Nayani, Pawan Kalyan, Yesaswi, Chaitanya and Bharat Raj. As of March 11, 2021, the show’s voting lines have been open. Now it is up to the fans to cast the votes for their favorite contestants before March 21, 2021.

In addition, the Grand Final of the 13th season of Sa Re Ga Ma Pa Telugu will air on March 21, 2021. Fans of the show will enjoy the live broadcast of the highly anticipated showdown. The official Zee5 website will provide an online broadcast of the reality show.

The grand finale will host one of the most notable celebrities as guests. On the other hand, viewers will be mesmerized by the performance of judges and guests alike.

At the time of writing, the winner of the show will not be announced. However, in addition to the prize money, the winner also receives a playing deal in the industry.