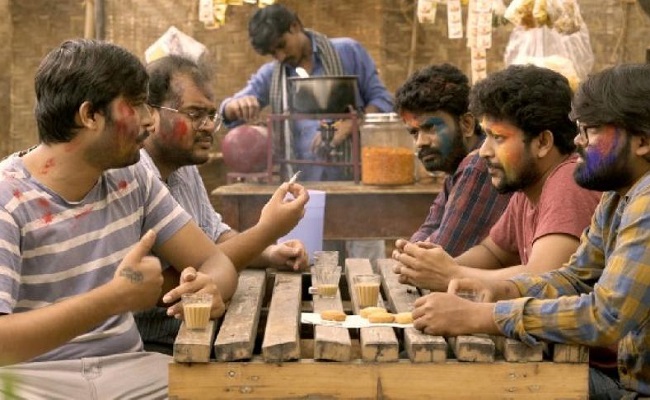 Netflix, Amazon, Hot Star and Sony Live have successfully delivered innovative web series featuring Indian content. The Telugu OTT companies have also tried their hand but failed so far. In this context, ZEE5 presents youthful content as its new web series. The highlight of this series is the fame of ‘Pelli Choopulu’ presented by Tharun Bhaskar.

IDream Media’s production, ‘Room No. 54 ‘, is written by Siddharth Goutham and features comedian Krishna Teja and others in the lead roles. Popular actors like Priyadarshi and Chitram Srinu have also made guest appearances in this 10-part web series.

As the title indicates, the story takes place in a technical college. It focuses on a group of students staying in a hostel. The story begins with new students choosing room No. 54 and the hostel keeper telling the stories of 2002 batch students who stayed in that room.

Each episode tells of one incident in the lives of roommates from room 54 – Babai (Krishna Teja), Venkat Rao (Moin), Prasanna (Pawan Ramesh) and Yuvaraj (Krishna Prasad). There are two other girls – also Savatri and Jamuna.

But the series suffers from low-quality production, old-fashioned storytelling, and episodes with lots of dialogue.

Our opinion: “Room No. 54” is very similar to “Amrutham” TV series, with each episode focusing on simple humorous moments. A few episodes worked out well. But most of them are made in a regular format with boring narration. The performances are decent, but the quality and content are not up to today’s standards.

Solos, Sardar Ka Grandson, Kala, Army of the Dead: What to watch this weekend