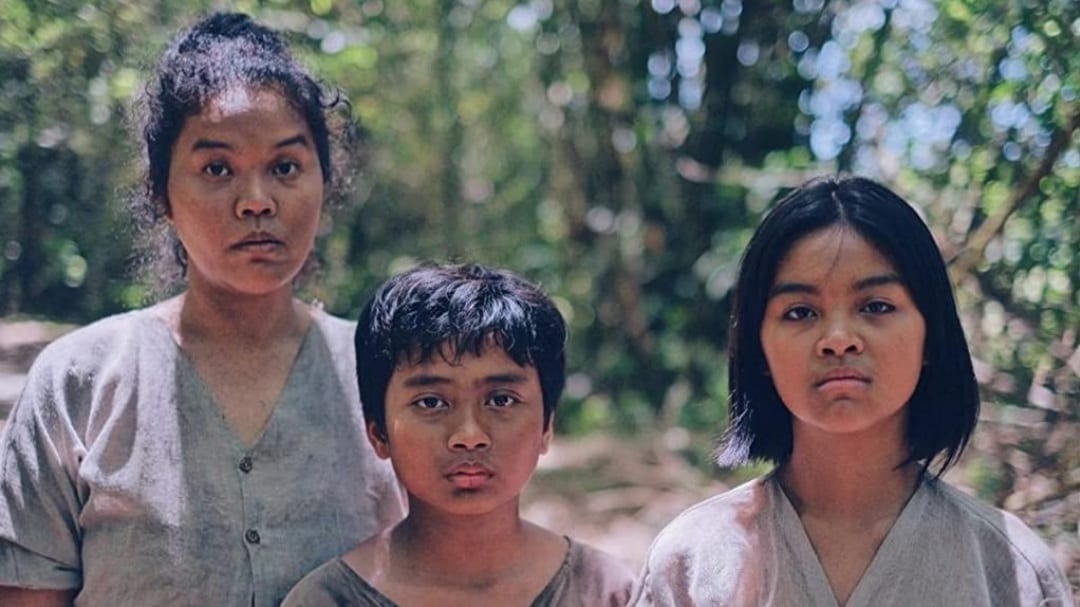 Roh, a Malaysian indie arthouse horror, is a thrilling and atmospheric film directed by Emir Ezwan. The film stars Farah Ahmad as the mother, Mak, and Mhia Farhana as the daughter, Along. Harith Haziq plays the son Angah. Namron plays the character of the hunter Pemburu. Junainah M. Lojong plays the character of the old lady Tok. Putri Qaseh plays Adik, the young girl. The film is set in the past and follows a family living in a forest. When a strange little girl visits them with a terrifying prophecy, supernatural events begin to haunt the family. Reinchez Ng composed the music while Saifuddin Musa did the cinematography. The film hit theaters in Malaysia and Singapore on August 6, 2020. Although selected as the Malaysian entry for the best international feature film at the 93rd Academy Awards, it did not receive a nomination nod.

Malaysian indie horror is on a tight budget, but liberal on specter. Roh delivers creeps and fears through impressive use of tension and atmosphere and provides a terrifying experience. Director Ezwan has done a commendable job with a film that overcomes its budget constraints and delivers a fine horror film. The actors also did a commendable job portraying the horror-inflicted family amid a supernatural forest. The ending of the film has left some speculation and questions. If you’re one of those wondering what it means, don’t worry! Let’s see what the end of Roh means. Spoilers ahead!

Mak, Anga and along. Ghost/Netflix.

Two children, Along and Angah, live in a barn in the eerie forest with their widowed mother, Mak. One day, the siblings find a dead deer hanging from a tree branch. On their way home, they meet a young girl covered in mud. They take her in and the mother offers her food, water and shelter. The siblings call her Adik, which means little sister. Mak also tells the children a story – a legend about a hunter. The hunter, as the legend goes, is a ghost and hunts animals and children. However, people can save themselves by hitting two rocks together and chanting a mantra, which Mak then teaches the children. In this desolate jungle, appearances are supernaturally deceptive. And Adik is such a terrifying example.

When the family wakes up the next day, they find Adik eating raw birds. She then predicts that they will all be dead by the next moon before slitting her own throat. The family takes Adik’s body and keeps it near a dead tree in a clearing in the middle of the jungle. On their return to the house, they find an old lady who calls her Tok. She tells them that the rocks near the house are a bad omen and that they should throw them away. Angah and Along follow her advice. At night, Along meets Adik’s ghost in the crawl space under the house. After this encounter, Lang becomes ill and develops a high fever. Mak goes to Tok for help. Tok performs a ritual and asks Angah to kill two doves as a sacrifice. Angah, however, fails to do so when he lets one of them fly away. 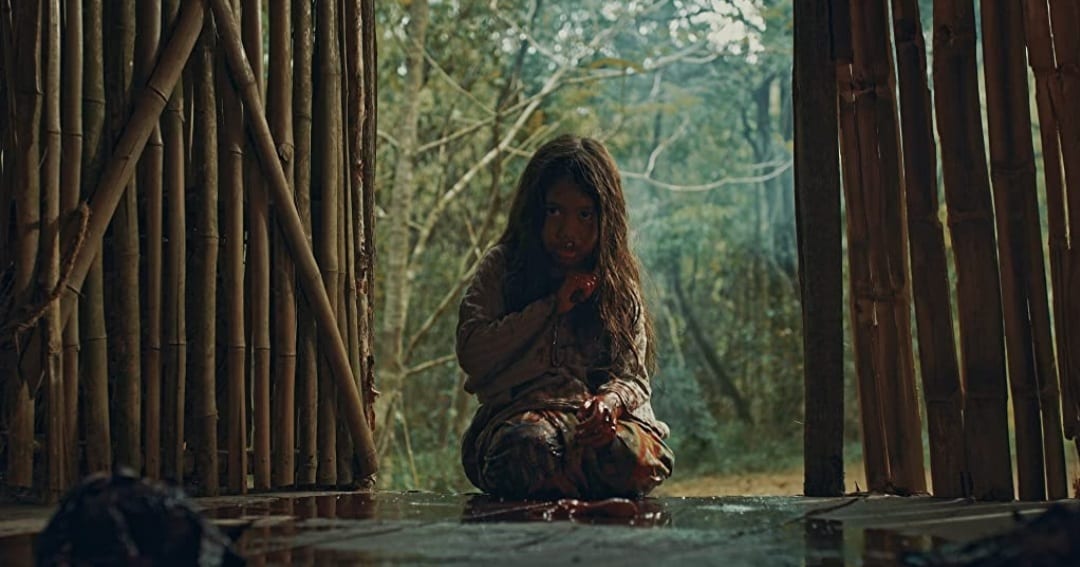 The Hunter, Ghosts and Death

A hunter arrives at their house and asks about Adik, but Mak refuses him. That same night Along sleepwalks to where Adik’s corpse is and sees her ghost again. The next day, the hunter finds Along and takes her back to Mak. Mak is very suspicious of the hunter, thinking he kidnapped Along and hurt her. A terrified Along tells the hunter about the location of his dead daughter. He finds her body and grieves. The horrific encounter takes its toll on Along, and she repeatedly hits her head on a protruding nail and dies.

Mak decides to leave the forest, but Angah is looking for food. The hunter returns to Mak and warns her that her family is in danger from evil entities. An already suspicious Make refuses to buy what he says and also accuses him of the death of Along. As the hunter leaves, she starts following him, intending to kill. Is the hunter the killer? Will Angah survive and who is Tom anyway? As the disturbing events unfold, we get the answers to these questions, and yet the ending confuses many. Now let’s take a look and try to explain what the end of Roh means. 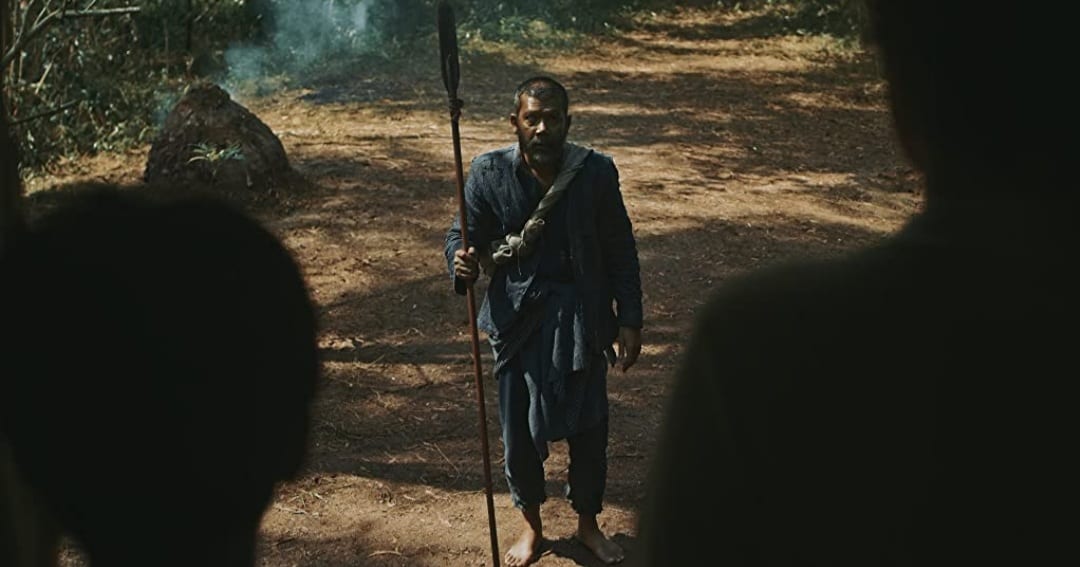 The hunter comes to the family. Roh/Netflix.

At the end of Roh, the fighter sees Angah and slits his throat. While he kills Angah, Make crawls after him and impales him with a spear. The hunter later wakes up to find Tok performing a ritual on Adik’s body. We then find out that Mak suspected the one who wasn’t bad and believed the one who was. We learn that Tok is “Iblis” and refers to himself in the plural as “we”. Iblis is an evil entity that possesses children to perform their evil deeds. After Tok taunts the hunter for failing to save Angah, we see child ghosts roaming the forest. As the denouement nears completion, we see Langs arriving at the house. But it’s actually her mind and not past herself since she’s dead.

She then sets fire to the house where Mak, weakened by all the blood loss, and Agah’s body lies dormant. The fire burns the house, along with the mother and Angah’s already dead body in it. However, what happens to Anga? For as we shall see later, the hunter did not kill Angah but a deer. So how is Anga dead? We believe that Angah was previously killed by an evil spirit. The Angah we see mostly on screen at the end was just his ghost. We also have reason to believe that the fighter was also a ghost. In the beginning Mak tells the children a folk tale about the hunter spirit. It is plausible that the fighter was the same spirit. Contrary to the legend, however, it was not he who killed the children, but Tok/Iblis.

You can stream Roh on Netflix.

#ShameonYouSamantha trends ahead of The Family Man 2 release