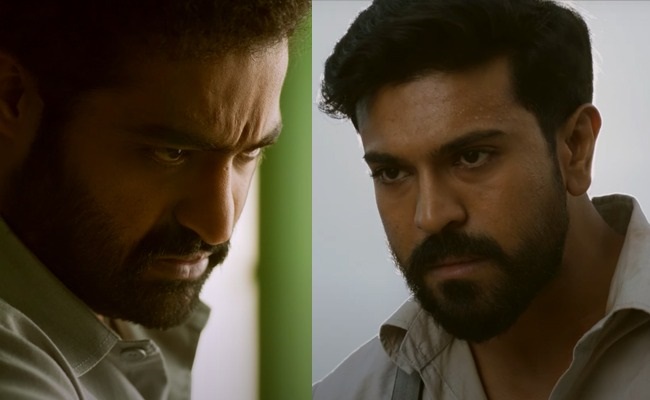 The making video of Rajamouli’s grand epic “RRR” is here. The video also confirms the film’s release date. Yes, the film will be shown worldwide on October 13, 2021.

The video contains stunning visuals. It also declares that this will be India’s biggest action drama ever.

In the video, Rajamouli also directs the actors – NTR, Ram Charan and others. Grandeur is the word to describe the making of this film.

Judging by the video, Sabu Cyril’s production design and Senthil’s camera work will wow the audience. V. Srinivas Mohan, who worked for ‘Baahubali’ and ‘2.0’, supervises the visual effects.

Produced by DVV Danayya, ‘RRR’ is one of the most expensive Indian film productions ever.