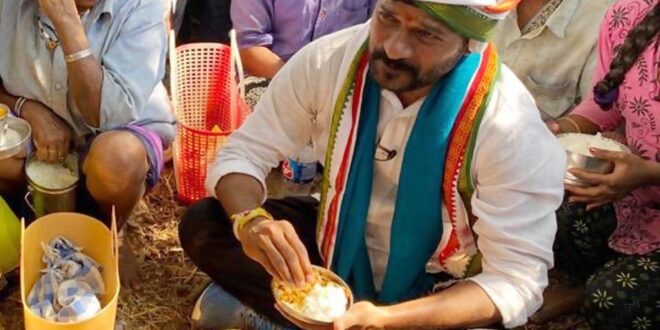 The Telangana Congress is struggling for survival in the state. Even under these conditions, the leaders do not maintain unity and conduct individual campaigns. Firebrand leader and Malkajgiri MP Revanth Reddy is leading this campaign. He’s been on a walkathon (Paadayatra) against the three Farm bills. However, the response has been mixed.

Despite that, Revanth tries one more thing. On Tuesday, Revanth is organizing a large public rally against agricultural laws in Ravirala. For this meeting, Revanth invited the leaders of T’Congress to join him and send a strong message to PM Narendra Modi and Telangana CM KCR.

However, it seems that the leaders of T’Congress are the least interested in Revanth Reddy’s public meeting. Some say Revanth is doing all of this just to get the main post from T-PCC. But a few leaders are busy with the respective agenda of campaigns and may not make it to Revanth’s meeting.

But under any situation, Revanth wants to continue this public gathering in favor of the peasants and demonstrate his competence to the high command of Congress and also to the leaders of the T’Congress who oppose him.

Will Revanth be successful?