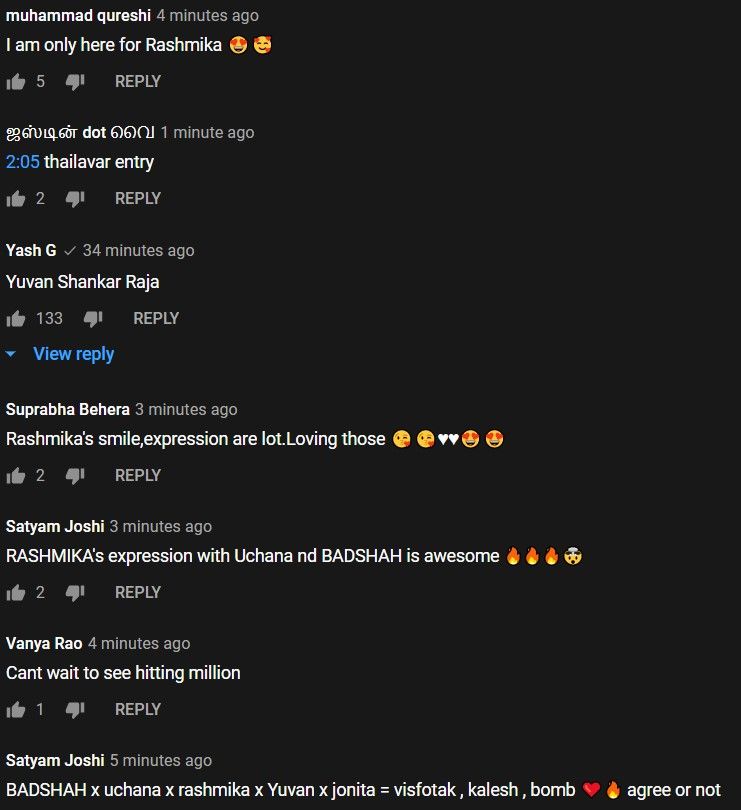 Badshah’s songs feature some of Bollywood’s most popular actors, and now South Indian beauty Rashmika Mandanna has also joined the bandwagon. She can be seen in a spicy dance number by Badhshah entitled As Top TuckerRashmika took to Instagram to notify her fans and followers that her highly anticipated song has been released and is available for streaming on YouTube. Scroll to watch the video and know how fans react to it.

Also read | Anupam Kher reveals who Herman Dsouza is, the person he keeps referring to in his videos!

Rashmika shares a snippet from the song and announces her new song Top Tucker it came out. In the caption she wrote: ‘Have you heard it yet? ð ?????? ð ???? “a ???? ï¸ ?? Do you already have your dancing shoes on ?! #TopTucker now available ”. In the video, Rashmika has donned a shirt and lungi and complemented her look with traditional South Indian ornaments. She has also tied her hair in a bun and worn mogra flowers too.

Top Tucker has been sung by Uchana Amit, Yuvan Shankar Raja, Jonita Gandhi and features Badshah. The music for this dance song is composed by Yuvan Shankar Raja and the lyrics are written by Badshah and Vignesh Shivan. It has been released under the banner of Yash Raj Films on YouTube.

The song has already been viewed 907,000 times within three hours of its premiere. Netizens are gaining a lot of praise on the track by commenting on it. Many have expressed admiration for Rashmika’s expressions, while one user has written that the combination of these artists has resulted in a bombshell. Check out their reactions below:

The actor starred in some of the blockbuster hits such as Dear Comrade, Geetha Govindam and YajamanaShe was all set to make her Bollywood debut alongside Siddharth Malhotra. The movie is titled as Mission ManjuSet against the 90s era, the plot is based on real events and is directed by Ronnie Screwvala. Rashmika took to Instagram to announce that filming of the same has begun.

Thanks to a photo of the track