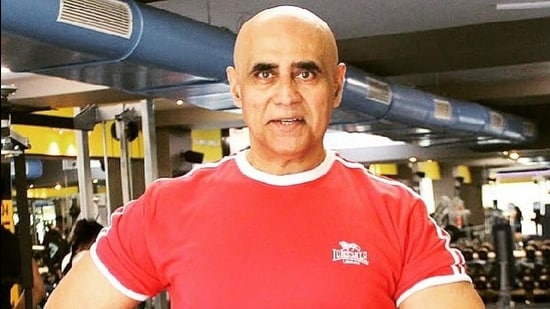 Actor Puneet Issar, who rose to fame after playing the role of Duryodhan in the epic TV series Mahabharat, says the key to staying relevant is to keep reinventing.

This year is already looking pretty busy for actor Puneet Issar, who is juggling film shoots, stage shows, his next directing and awaiting the release of his films.

“I just got back from the shoot of The Kashmir Files, which will be released with Jayeshbhai Jordaar. I’m making another movie. It has been a good journey for me so far, ”says Issar, adding that he is constantly at work during the pandemic.

The actor, who rose to fame after playing the role of Duryodhan in the epic TV series Mahabharat, says the key to staying relevant is to keep “reinventing”.

The 61-year-old explains: “I had to change over time. I never stuck to my image. I constantly broke it. That’s why you see the other Mahabharat actors, woh wahi pe reh gaye hain, 30 saal purane ussi jagah pe hain. But I kept breaking my image. That’s why I’m still active. ”

The actor further points out that even during his film journey, he never stuck to one genre.

“I played the bad guy in a lot of movies, but I also did a Border (1997) in which I played a zinda dil Army man. I have changed modes during my career. I also directed a movie Garv: Pride & Honor (2004) with Salman (Khan). I started with theater in Raavna ki Ramayan 2015. I went and did a reality show, that was a big change for me. I also wrote and directed a play that is Mahabharat from Duryodhan’s perspective. I enjoy taking on new challenges and exploring newer areas, ”Issar explains.

Issar says these are the reasons people still think about him and throw him into projects.

“You have to change and adapt to a newer generation, newer techniques. Trading is a craft that does not change, but the approach changes. People nowadays want actors to act very naturally. There is no need for jingoism, no special pauses in dialogue, it is now about how we normally speak during a conversation. I had to make adjustments to these changes and I did, ”he concludes.

How to watch the Star Trek movies in sequence