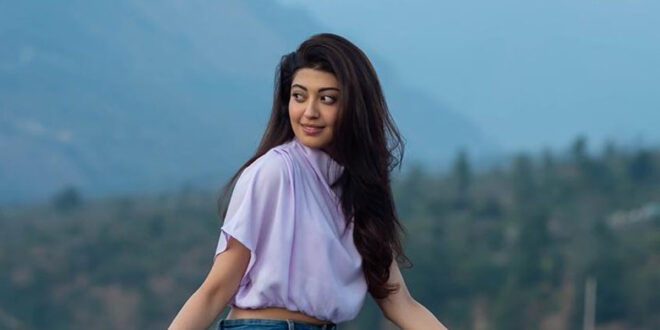 Pranitha Subhash is one of the popular heroines in the Southern film industry. After making her mark in Kannada cinema, she also went to Telugu cinema and Tamil cinema. This year, Pranitha is also making her baby steps in Bollywood. According to the latest reports, Pranitha is going to take a big step in her career. Usually the actors go to great lengths to convince the audience of the characters they play. Now Pranitha is reportedly putting on weight for the character she plays in her Bollywood debut film.

Pranitha will be featured in a thrilling movie starring Ajay Devgn. Pranitha will play a dual role in the film, the reports said. For one role she will be seen in a slim avatar and in another role she will be seen as the opposite. Previously, only Anushka did this feat for the Size Zero movie. Anushka did not want to use prosthetics. Now Pranitha wants to gain weight naturally for this character too. Anushka struggled to get back into shape, but we need to see if Pranitha already has a plan to lose weight after the shoot.

The movie, entitled Bhuj: The Pride of India, is directed by Abhishek Dudhaiya. More details about the film will be released soon.

How to watch Young Rock online and without cable