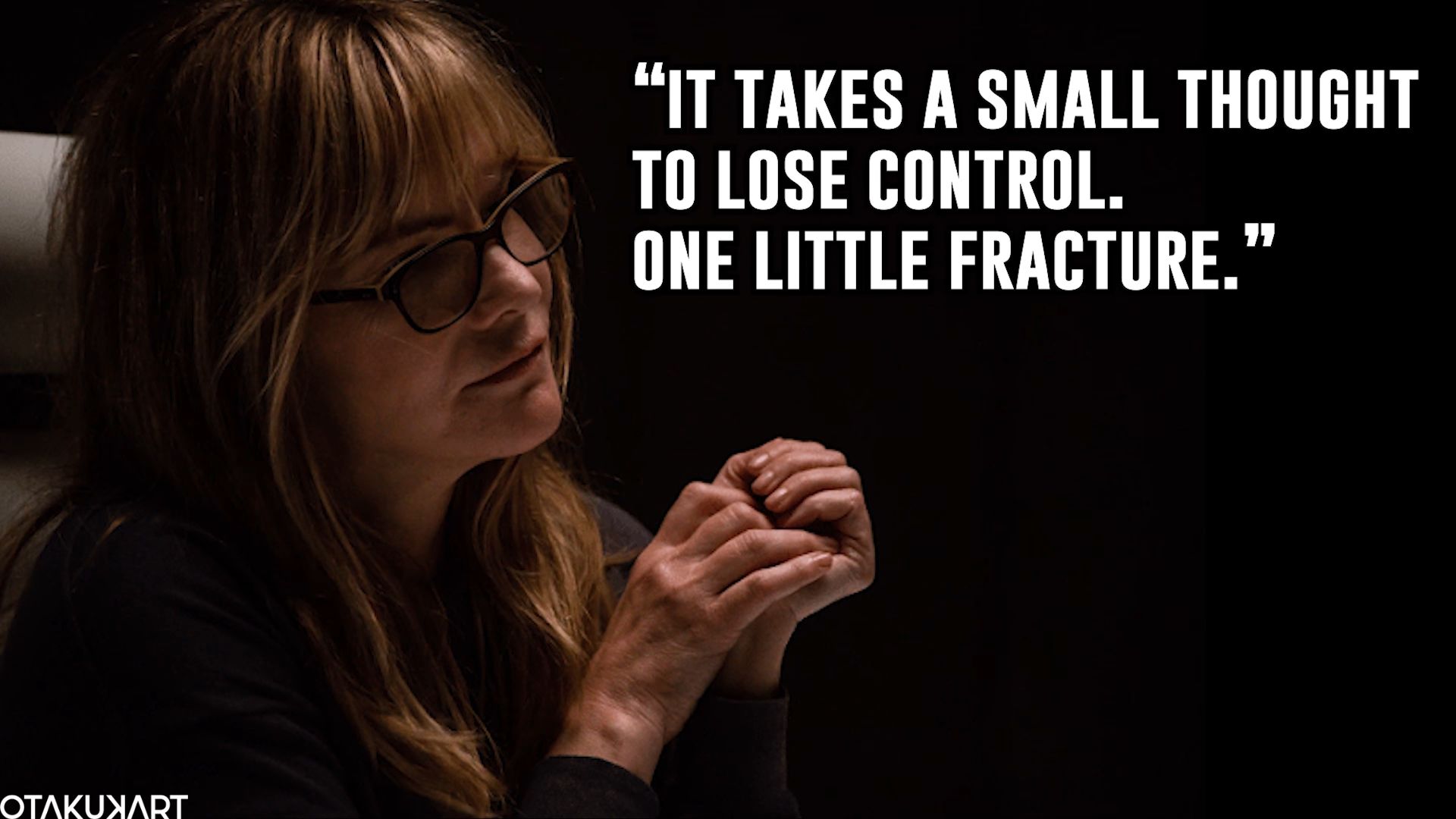 “A ghost has possessed her/him” – You must have heard such a phrase, in movies or in real life. This rule can also be expected as it is believed that some ghosts roam around and have powers to possess. But what if we tell you that the spirit of one living woman possesses another living person? Will you believe it? Well, here’s a movie, Possessor, that makes you believe such things up to 1 hour 43 minutes or at the end of ‘Possessor’, you should expect such things in the future.

This movie shows you a company where a woman who is their employer is used to own other people to kill their targets. She is put into a machine and her spirit is sent to the nearest body of their target. She possesses them to kill her target. It’s a sci-fi movie, but it exists with a horrific plot. However, for some viewers the ending of the Possessor is quite confusing and some don’t even understand Tasya’s behavior. So let’s see what happens in the end. Also, this article explains the ending of Possessor, so stick with it.

What was the plot before the end of ‘Possessor’?

Initially, the film depicts an incident from 2008. In this part, a girl named Holly pokes a needle into the center of her head. Then she starts a machine and acts weird. After this, we see her at a party where she brutally kills a man with a knife and points a gun at herself. But then the police arrive and as she points her gun at them, they shoot her. Now we see a lady being taken out of a machine, and she was Tasya. She was very traumatized and here we find out that this lady was the owner. She, the Assassin, put her consciousness into the bodies of others to possess them, just as she did with Holly. Now let’s meet Girder, Tasya’s boss.

She makes Tasya recognize her belongings so they can make sure Tasya is okay. Including a stuffed butterfly. Looking at it makes her regret killing it as a child. Now Tasya is asking for leave as she wanted to meet her family which includes her husband, Michael, and son, Ira. Gradually, Tasya’s social life began to deteriorate, and she was not attracted to anyone, nor to her husband. Now she decides to go back to work so when she reaches her office; she knows she’s been assigned to the company’s largest contract. The contract belonged to the stepson of the CEO of a data mining company, and he wanted them to kill his father, CEO John Parse.

This boy wanted to take his father’s position, but Girder has something else planned. She says they will kill John and then blackmail the stepson and control the data mining company. The plan was simple and Tasya is to possess Collin, an employee of that company, and she will force him to kill Eva and John. Eva is John’s daughter and all of this could be easy for Tasya as Collin kind of hates John. Now Girder and Tasya kidnap Collin and inject a neuronetwork so Tasya can penetrate him to control him. Furthermore, Tasya is instructed that she must complete this mission within 3 days, otherwise she will have to suffer permanent damage to her brain. Here is Tasya’s consciousness in Collin and she is controlling him. Collin arrives at the office and finds a colleague, Eddie.

He also meets Reeta, Eva’s girlfriend, and his ex-girlfriend. Finally the mission begins. He and other people from the company are at a party where John Collin pokes and humiliates a lot. As a result, Collin starts to fight, and after the party, he goes to John and attacks him with a poker rod, not a gun, and shoots Eve with a gun. Now Collin tries to commit suicide which was part of the mission but couldn’t, and here Tasya vomits blood in the machine. So Girder concludes that Collin’s consciousness has overpowered Tasya’s. He runs to Reeta and asks her to hide him, but Eddie arrives and knocks him down. Eddie was the man in charge of this mission, so he helps Tasya to overpower Collin anyway. Well, Tasya still struggled to overpower him.

What was the end of ‘Possessor’?

At the end of Possessor, we see Collin and Tasya’s consciousness fighting each other. Well it was a mental battle and where Collin wins and tore Tasya’s face and wears it like a mask. But Collin knocks out anyway, and when he woke up, he found the dead bodies of Reeta and Eddie. Because Collin was wearing Tasya’s mask, he was able to use her memory. Furthermore, he reached her house and found Michael and held him as a hostage so he can know what is wrong with him. Now, inwardly, Tasya encourages Collin to kill her husband. That means Tasya never loved her husband.

As a result, Collin kills Michael, but then Ira comes in, and that little boy kills Collin with a knife. However, Collin shoots Ira before he dies. Well, now no one is alive. Finally, Tasya steps out of the machine in her office. But we see that Girder also comes from another machine. How? So Girder also gets involved in the mission to rescue Tasya. She controlled Ira to finish Collin. Since there is no one in Tasya’s family, she can now perfectly concentrate on her work. Now we see something different in Tasya’s behavior. This time she didn’t say anything about that dead butterfly she used to regret. But why?

The Beatles: Get Back – Trouble With George Harrison’s Photographer