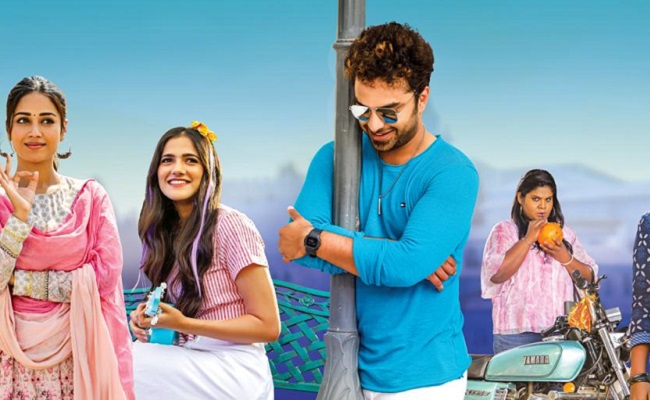 After taking serious roles in his previous films, Vishwak Sen has changed his style for Paagal, perhaps to prove that he can play any role.

The plot of the movie with a theatrical trailer was dropped a while ago.

Judging by the trailer, Paagal presents Vishwak Sen in an unusual role as a crazy youngster who introduces 1600 girls until he finds his soul mate in Nivetha Pethuraj.

Friends also find his character unusual, as he does nothing but flirt with girls.

Apparently his journey with Nivetha brings big change to Vishwak and the romantic song looks fresh.

It is a right mix of romance, entertainment and emotions and Vishwak who looks elegant shines in the role of confused soul.

Simran Choudhary and Megha Lekha are the other heroines in this youthful romantic entertainer that marks the directorial debut of Naressh Kuppili.

Dil Raju and Bekkem Venu Gopal are jointly financing the project which will be released on 14th of this month.

Is Chapelwaite a true story? Is the TV show based on real life?