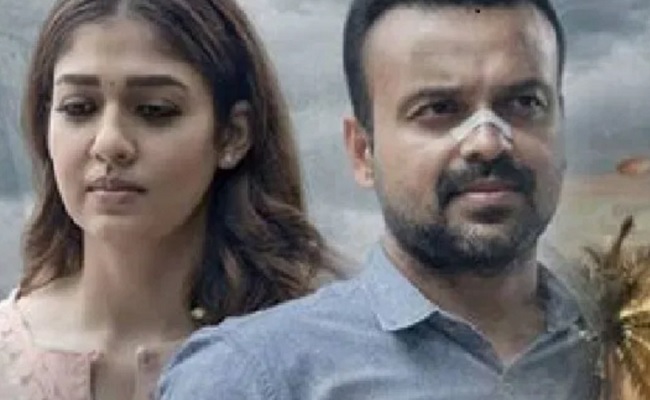 ‘Nizhal’ is another Malayalam thriller streaming on Amazon.

“Nizhal” stars Nayanthara and Kunchako Boban (he recently appeared in ‘Nayattu’. Read our review: Nayattu – The Power Of Malayalam Cinema) in the lead roles.

The beginnings are intriguing. But the thriller lacks effectiveness in the later moments and turns out to be an average film.

Justice John Baby (Kunchako Boban), a magistrate recovering from an accident, receives a call from a child psychologist. The psychologist tells him that a student tells strange murder stories.

John Baby goes to the house of the child Nithin and his mother Sharmila (Nayanathara) reluctantly welcomes him. The children’s stories turn out to be real. After much research, it turns out that it is Sharmila who tells the stories to her son. What happens now?

Kunchako Boban as Justice and Nayanathara as IT professional and mother give great performances.

The thriller requires a lot of patience. It has an interesting premise, but ultimately lacks the exciting factor.

Where did Eddie Murphy go? Check out his most iconic movies – FilmyOne.com