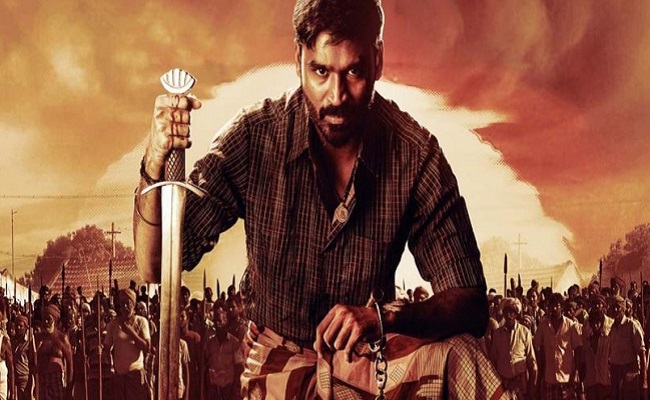 One movie that has been making noise on social media in recent days is Dhanush’s “Karnan”, which hit the screens in Tamilnadu last month and won critical and commercial success.

Brilliantly directed by Mari Selvaraj, “Karnan” is all about the revolt against the oppressor by the oppressed, but it goes beyond the surface and goes deeper into the exploitation of caste.

In a sense it’s Mari Selvaraj’s “RRR” – resist (the injustices), revolt (against the oppressive system) and come on.

The film is rich in metaphors, mythical references. In the ‘Mahabharata’ Karna, the son of Kunti and Surya, sides with Kaurva’s. In this movie, Karnan, played by Dhanush, is also a warrior who can handle a sword.

In Mahabharat’s Kurukshetra, the battle was about Pandavas fighting the Kauravas for their land. Here Karna fights for his village.

The hamlet in which he lives is a wasteland. Many years ago, Dalits settled in Podiyamkulam in the southern part of Tamilnadu. But the settlement is not recognized as a village by the government, the residents have long demanded a bus stop in front of their hamlet.

Melur, a village right in front of this hamlet, has a bus stop and the villagers of Melur (clearly the higher caste people) treat the people of Podiyamkulam badly and humiliate them.

Karna, boiling with anger, is Podiyamkulam’s savior, he finally rebels.

As a plot, it may seem like a familiar tale of rebellion against oppression. But the beauty lies in Mari Selvaraj’s hard story, layered with subtext.

The first half of the movie focuses on village life, regular scenes, it’s the second half that has some great moments. It’s a slow-paced movie, and it captivates you to the end.

Dhanush has put in another great performance. He switches effortlessly into the character. Lal also comes with a compelling act. The film has many haunting images.

Bottom-line: Look at it. Karnan is a very poignant film that is aided by superb performances.

Do you want to save for the holidays? Watch these free movies on Amazon Prime – FilmyOne.com