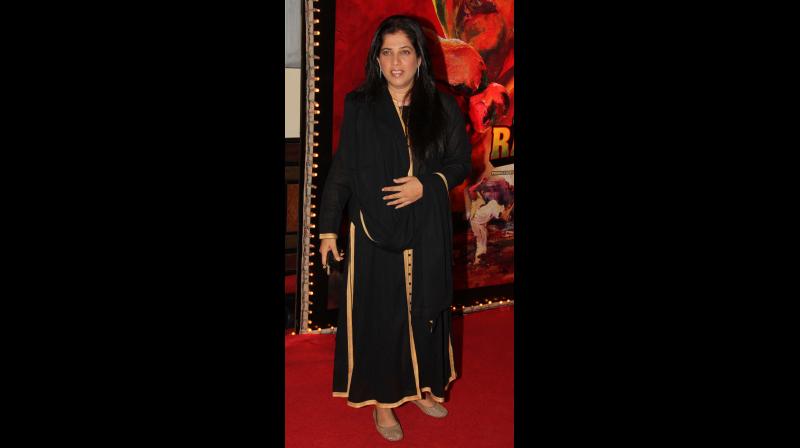 The year 2020 has not been great for many in the entertainment industry. Among the lucky ones, however, is producer Shabinaa Khan, who co-produced the 2020 Akshay Kumar-en-Kiara Advani starrer, Laxmi bomb

Adding to Shabinaa’s fortune is Shameless, a 15-minute short film presented by her that has won the 93rd Oscar nomination in the live-action short category at the 2021 Academy Awards.

Shameless revolves around a work-from-home man trapped by an apologetic delivery girl, who raises questions about the issues of law, humanity and empathy for the migrant class. Shameless stars Sayani Gupta, Hussain Dalal and Rishabh Kapoor. The sound for the film was provided by Oscar winner Resul Pookutty.

An excited Shabinaa talks about her association with Shameless as well as her journey in Bollywood.

She begins by talking about her collaboration with director Keith Gomes. Keith had worked as an assistant director for the 2010 comedy Heyy Babyy, for which I was the costume designer. And we’ve kept in touch ever since, for nearly 15 years. When he brought Shameless, I really liked the concept and was on board. Any content that is unique works for me. And when I initially heard the news from Shameless to get the 93rd Oscar consideration, I was very happy. It was a great feeling indeed! “

Incidentally, Shabinaa had started her journey as a costume designer for Salman Khan and has worked on several films, such as the 1997 comedy. Chachi 420, 1998 Movies Kuch Kuch Hota Hai and Dil Se, and the 1999 movie Hum Dil De Chuke Sanam and much more. She also co-produced films such as the 2012 action movie Rowdy Rathore and the 2015 action drama Gabbar

Most of the films she has produced so far are remakes of popular South Indian films. “I supported South movies because the content was good,” she says businesslike, adding, “Content alone doesn’t matter; language isn’t a barrier.”

Work so blessed
Building on what led her to shift her work from costume design to producing, she admits to always wanting to be a producer. “The transition went smoothly, without a hitch,” said Shabinaa, who says she sees herself as a creative producer. “I am involved from the decision about the screenplay, costumes and the final result.” Will she be putting on a costume designer’s hat again soon? “I don’t want to go back to costume design unless there’s a big project coming up. The last time I did it for Kamal Hassan, when he did his first commercial, ”she adds. So what now for Shabinaa? “I’m reading a few scripts. Sanjay Leela Bhansali and I may be planning to work together again in my next movie Let’s see, ”she says positively.

Applause from PC
On her Instagram post, Priyanka Chopra shouted out the short, writing, “We love all the great Indian filmmakers in the mix for the Academy Awards Shorts category! I wish everyone the best of luck! Excited to see more content from emerging Indian filmmakers taking the global front (sic). “