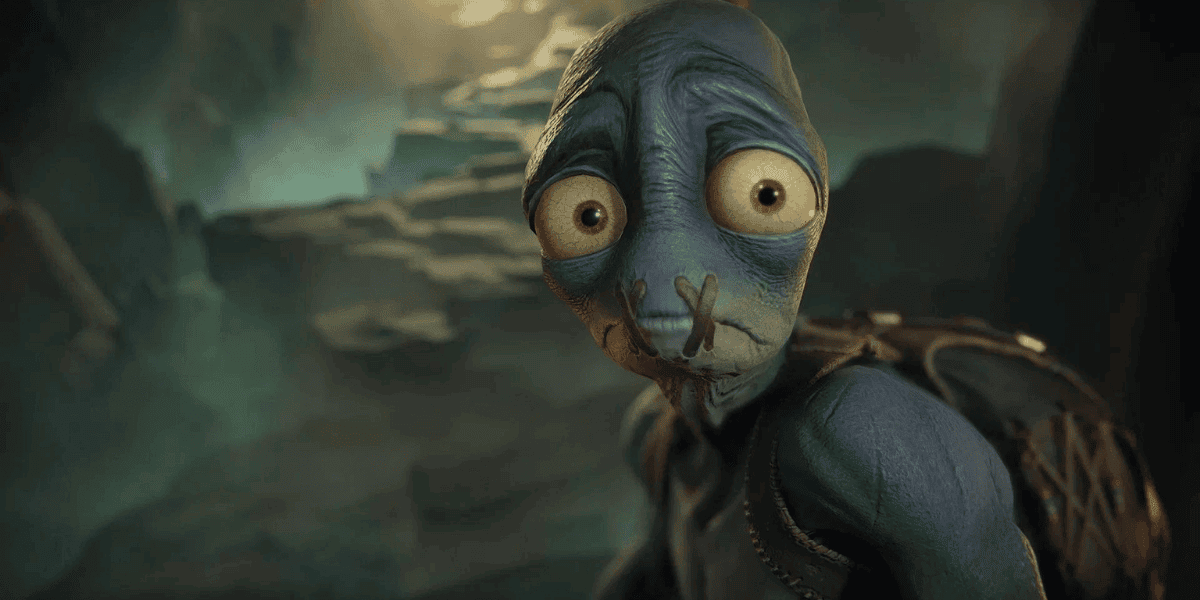 We last saw Abe, the lovable Oddworld series protagonist 7 years ago, but finally Oddworld: Soulstorm is out and Abe’s return is a welcome affair.

Oddworld: Soulstorm’s arrival is a pleasant change after the first unveiling in 2016.

Due to the extreme popularity of the reboot Oddworld: New ‘n’ Tasty, creator Oddworld Inhabitants was able to increase the budget and scale of this episode, which comes at the beginning of a new console cycle after several setbacks.

There’s also the added pressure of Lorne Lanning’s ambitions for a five-part series based on the popularity of Oddworld: Soulstorm.

For those who were not aware of the existence of this spectacular game or just curious friends who want to learn more about the fantastic game, it is essentially a 2.5D puzzle platformer in which the main character Abe and his fellow Mudokons try to flee for the greedy Glukons who try to submit them or reduce them to their food.

Soulstorm is a dream come true for the Oddworld fans. It’s a brand new game. It’s a fantastic attempt to create a gloomy, more fundamentally disturbing second installment of Abe’s story that was proposed years ago. After the events of Oddworld: New ‘n’ Tasty, Abe follows his fate to save his fellow Mudokons from the tyranny of the corporate world in this plot.

If you think Mario Kart is one of the great games ever released, check out Nintendo’s new announcement on Mario Kart 9.

New gameplay mechanics in Soulstorm includes a crafting and scavenging system, which allows Abe to craft a variety of items, such as mines, that challenge the opponent’s defenders. The best part this time around is that the game has multiple endings.

In the former case, rigid commands in Oddworld games were associated with a feeling of anger.

Abe’s gestures are much more sensitive here, which brings it into line with smooth gameplay.

Abe also makes a double jump for the first time in his life, which is pointless to rejoice, but does help to speed up the pace.

Soulstorm plays exactly how an Oddworld title could work in 2021, thanks to a supporting bottleneck feature.

Cases where the enemy’s actions were inconsistent or stuck, forcing me to reboot.

Some aspects of the game, such as the hot air balloon attack and subsequent stage battles, are often poorly crafted, leaving players frustrated with unpredictable components and challenges that rely on cheap dynamics.

It doesn’t happen often enough to ruin the whole quality, but it does decrease the replay value of some stages that are hampered by nature’s inconsistency.

It’s a lot more than saving all those Mudokons for a better Quarmic score and story result in Soulstorm.

Oddworld: Soulstorm has approximately 1,400 Mudokons that you can save and save almost 80% is advisable to take advantage of their benefits.

Players could use the power of numbers to work their way out of more complicated circumstances that Abe may not be able to handle on his own.

This also allows the player to place these more competent (and potentially fatal) followers across a level as active agents who can provide a defense.

At the end of the game you will unlock the Select Level feature to play or improve your performance on each level and get the ending you want if you couldn’t get it before.

Read the latest announcement about the most anticipated game of the year, Bloodborne 2.

The game is not only interesting, but also visually immersive.

The story has been expertly told through cutscenes that make Abe and the rest of the cast look better than they’ve ever watched, reaping the benefits of PlayStation 5 architecture.

Despite Abe’s near-constant threat, you’ll find it hard not to fall under the spell of the game’s stunning graphics and lighting effects.

Oddworld: Soulstorm is an almost unidentifiable reinvention of its predecessor Oddworld: Abe’s Exoddus, while New ‘n’ Tasty was a fairly obedient version of the 1997 PlayStation version.

It uses environments as input and expands them with new levels, monsters and dynamics, making it feel like a whole new Oddworld adventure.

The theatrical features are the most visible improvement.

The lens often floats over the landscape to reveal distant targets.

If you like games with great graphics and an excellent storyline, read the latest announcement about Pikmin 4 here.

Oddworld: Soulstorm has a lot going for it, but it’s a suggestion with a few limitations.

While the graphics and storytelling are brownie points, the gameplay can get a bit rustic and repetitive for the older fans. Still, it is fun.

One thing that needs to be addressed is the massive bug that comes with the game.

When Abe’s jump, fall, or death is disrupted by any other condition over a single frame, he gets caught in an endless falling loop.

The bug causing Abe to freeze can be fixed by resetting the progress to the previous checkpoint, from which the players can resume their progress.

Another bug, which appears to be exclusive to PS4 Pro and PS4 consoles, is causing players to boot to the home screen.

If you like games filled with action and drama, check out the latest details about the Tom Clancy: Jack Ryan game here.

The game is available on PC, PlayStation 4 and PlayStation 5 and is free for PlayStation 5 users with a PS + subscription this month. It costs £ 40 / $ 45 and is easy to find in a variety of game stores.

The inevitable bad execution and annoying glitches keep it from becoming the spectacular Abe experience it wants to be, but if you can get through the inconveniences there’s a convincingly mysterious platformer here that will bring the wonders of Oddworld back to life.

These issues aside, the game is a treat for fans who would witness something good at a level previously unimaginable. Yes, your hands can itch now to get your hands on the impressive game. Well done!

How to download all Minecraft Java Edition 1.17 Caves & Cliffs Snapshots released so far