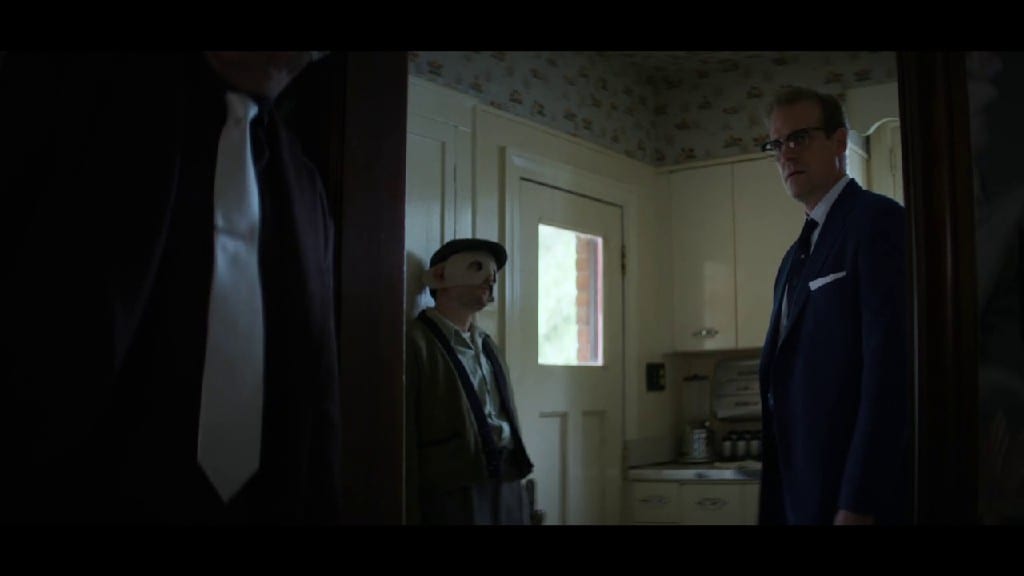 HBO Max’s latest original movie outing in the form of No Sudden Move is quite a star-studded affair. We have a talented cast that includes faces such as Don Cheadle, Benicio del Toro, David Harbour, Jon Hamm, Amy Seimetz, Brendan Fraser, Kieran Culkin, Noah Jupe and Craig Grant in his latest appearance. Aside from them, Julia Fox, Frankie Shaw, Ray Liotta and Bill Duke are also joining in to draw more audiences to the Steven Soderbergh-directed neo-noir thriller set in the 1950s. But aside from being a star-studded story, the movie is quite confusing as a storyline. So here comes our cue as we watch No Sudden Move and get the ending well explained.

The series of characters we have in No Sudden Move and their deals with each other is something that could cause the confusion here. We have a mysterious document here. There are several parties trying to fight for it. Then there are those who fight for themselves, but to do that, they have to listen to these parties and commit to getting the document into the right hands. Where do the documents end up? So here’s No Sudden Move and the plot summary, the ending and all the questions like this explained in our own right.

No sudden move  Set in 1950s Detroit, it tells the story of a number of characters starring the first mobster Curt Goynes. He needs money and wants to leave the city. Based on a reference from his friend Jimmy, a man named Doug Jones recruits him for a blackmail job along with mobsters Ronald and Charly. The work is simple. It is to threaten an accountant named Matt and his family for some precious documents Matt’s boss has in a locker.

From No Sudden Move with David Harbor as Matt Wertz

The strike begins, and Matt initially denies that his boss is not in his office until the gang reveals Matt’s affair with the boss’s secretary, Paula. They ask him for help from her to retrieve the document. With that, Matt opens the locker, but finds it empty. Desperate to save his family, Matt invents fake documents and presents them to Doug. Meanwhile, when he returns, Charly is desperate to kill the family, prompting Curt to take the shot and kill Charly. He asks Matt to tell the police that Charly was an intruder, and Matt killed him in self-defense.

When Doug discovers that documents are fake, Kurt and Ronald get a bounty on their heads. The man behind Doug Jones is unknown, but there are doubts about crime bosses Frank Capelli and Aldrick Watkins. Curt and Ronald go back to Matt, who leads them to their boss and retrieves the real document to save themselves. This eventually brings them to Frank Capelli and Watkins and a deal that would benefit everyone.

What is the document and the deal?

The document that is so precious in No Sudden Move is an application for a converter. The mandatory emission control equipment that will become important in the future. So since this previous document is in the hands of Kurt and Ronald, they make sure to save their lives with it by offering a deal to Frank Capelli and Watkins by selling it. It is revealed that the owner of a car dealership, Hugh Naismith, wanted to collect the document. He had Matt on this job before but he decided to go for Capelli when he didn’t fit in to pick it up. In turn, Capelli hired Doug, and he hired the mobsters. 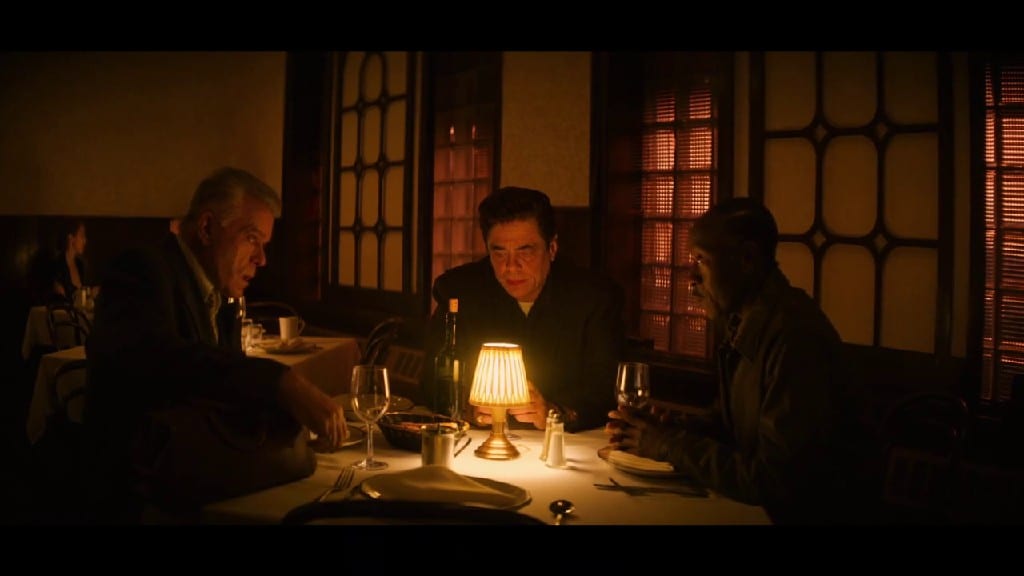 The 50k deal between Capelli and Curt and Ronald backfires when Capelli betrays. But Curt had a backup in the form of Watkins and somehow managed to take down Capelli’s men. Capelli somehow escapes only to be later murdered by his own wife who is having an affair with Ronald. After getting information about Naismith, Curt contacts him directly, and Naismith is ready to pay 125k for the documents if they invite him to meet. Before Naismith arrives, Curt and Ronald also approach Matt’s boss about the design. He reveals that he would sell it to Mike Lowen, the owner of a car association. The biggest player in the game here.

How did it end for everyone?

So at the cue from Matt’s boss, Curt and Ronald decide to hear it from Mike Lowen too. Lowen is offering a considerably huge sum of 375k for the documents. But at the same time, Watkins takes money from Naismith and confronts Curt and Ronald, who take money from Lowen. Watkins and his gang let Ronald run with the money and want only Curt instead. As Ronaldo lures away, Watkins takes Curt away before being confronted by Detective Joe Finney, who arrived at Matt to investigate Charly’s death. Joe is a dirty cop and Watkins gives him 50,000 because he takes care of Curt himself. 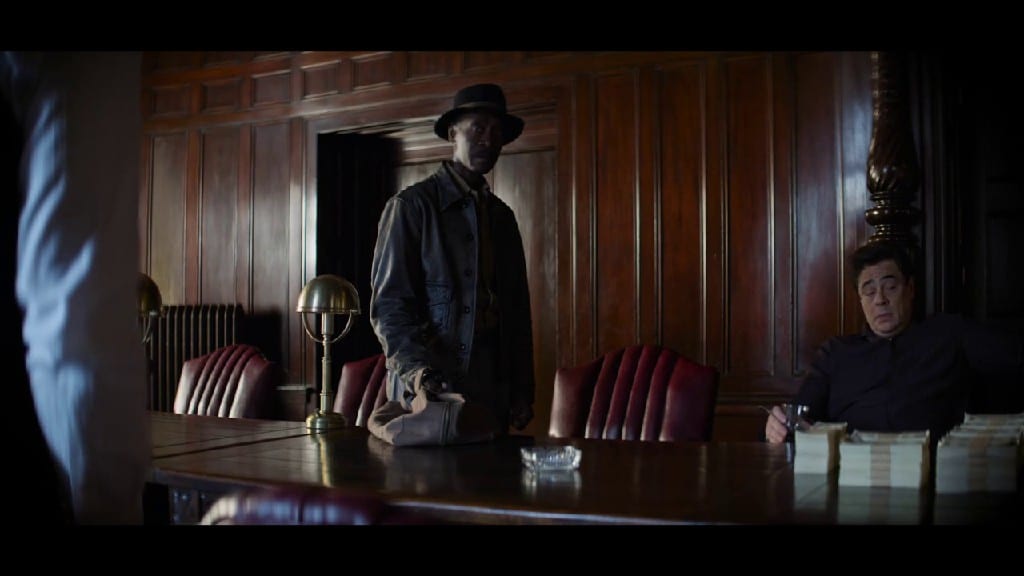 Meanwhile, Ronald prepares to leave town with Vanessa, who also has some money from Capelli. But Vanessa betrays by killing Ronald and keeping money for herself. But the escape doesn’t go well when a cop gets in her way and takes the money. This huge amount and Joe’s 50,000, Joe takes it all together back to Mike Lowen. So whatever the mess was, the big player in the game wins it anyway and gets both the documents and the money back. Before Curt, it is revealed that Watkins spared his life to make up for his previous mess. So he gave him $5,000, the same amount he was promised for the job, and gave him safe passage to Kansas City, as he’d always wanted.

The reason Curt was involved with Watkins

Last minute, as we said, saw Watkins take charge of Curt before sparing him. But the question remains why would Curt have involved him in the first place? Well, it is mentioned throughout the movie that Curt owed an amount to Watkins. This is from Charly’s history lesson initially in the episode when he shared what he knows about Curt and his run with Watkins. 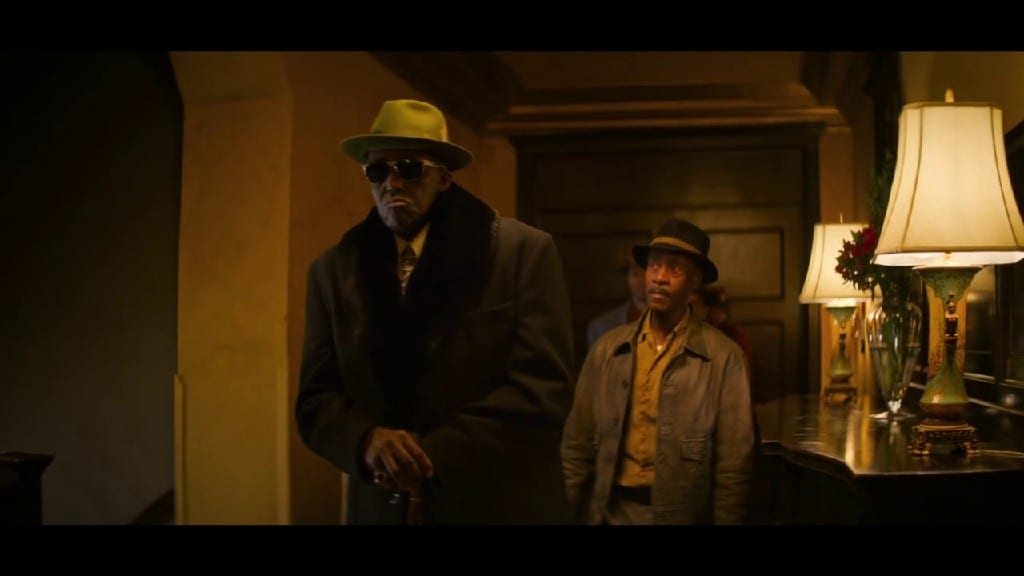 So what happened is there was a time when Curt wanted his own turf. So he took a loan from Watkins to form it and arranged a meeting with Watkins and Capelli’s gang. This deal didn’t go down well, leaving the whole place in a bloodbath. The money Curt had was wasted, so he owed it to return it to Watkins. That’s all for No Sudden Move, and the ending explained.

The Pride Of India Gets Release Date

Gangs Of London Season 2: Cast, release date and everything you want to know!