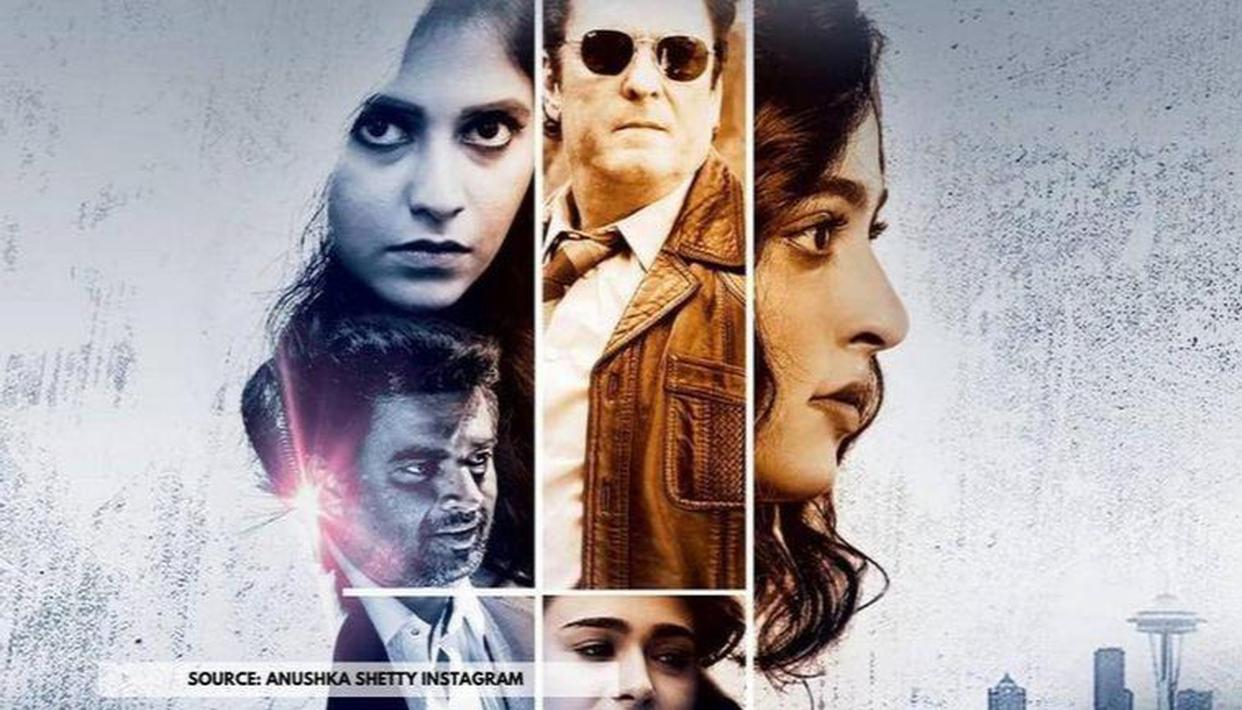 Nishabdham is an action thriller about a witness to a murder with hearing and speech disorders. The film is directed by Hemant Madhukar and stars Madhavan and Anushka Shetty in lead roles, Michael Madsen, Anjali, Subbaraju and Shalini Pandey in supporting roles. The movie is available to watch on Amazon Prime.

Sakshi, who has a listening and speaking disorder, travels to Seattle with her fiancé. They go to a villa where a mysterious murder had taken place in which a male victim was crucified and later the villa gains a reputation for haunting. Sakshi’s betrothed is attacked and crucified in the basement, but she escapes the site.

After several girls from Seattle go missing, the police are under heavy investigation. As the plot of the story progresses, many dark secrets are revealed about Sakshi’s past and the haunted house. The question lingers, will the police be able to solve the crimes in the city and get to the culprit.

The film features a star-studded cast starring Anushka Shetty and Madhavan. The film takes place at a decent pace.

The storyline is not catchy and has many holes in the plot with a lot of unnecessary subplots. The movie’s title means ‘silence’ and the main character in the movie has a speech and hearing impairment, but neither the plot nor the script really makes it a crucial feature of the movie. The physical disability is not something the character uses as a USP, nor is it a serious drawback to her in the storyline. The film has a star-studded cast, but their acting doesn’t impress or become a milestone in their career.

While the movie’s trailer looked promising and caused a storm among the actors’ fans, the movie doesn’t impress, even though there are low expectations for the movie. Neither the story nor the acting is exceptional enough to recommend the film as a must-watch. Nishabdham movie IMDb: 3.8 / 10 by more than 2 thousand users.