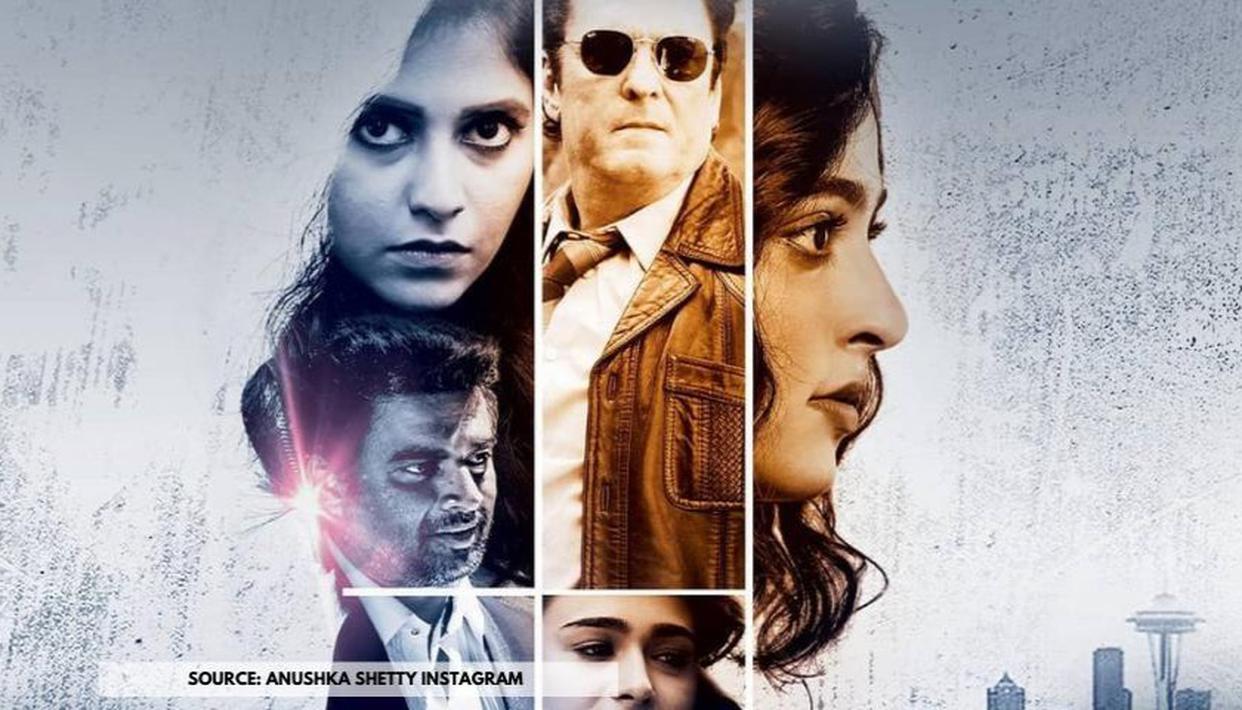 Nishabdham cast with Anushka Shetty, R Madhavan and Hollywood star Michael Madsen (Reservoir Dogs Pulp Fiction fame), among others. The film tells the story of a world-renowned cellist who is found dead in a house believed to be inhabited by a supernatural being. Due to the unfortunate incident, judicial authorities are launching an investigation into various aspects of the tragedy and the house. This article features the actors who made up the cast Nishabdham and the respective Nishabdham characters they played.

R Madhavan plays Anthony Gonsalves, the world-renowned cellist whose tragic death is witnessed in the first moments of the film. The death in question is what leads to the investigation of the house and the possible reasons behind what appears to be suicide. Madhavan portrays Anthony as a tragic character with a tumultuous marriage past. It can be seen that, right up to his last moments, the actor channels his pain into his art.

Baahubali star Anushka Shetty plays the deaf-mute artist Sakshi in the film. Through Sakshi, Anushka Shetty fills the part of the archetypal believer in the unexplained and paranormal that is a prerequisite for a film that dwells on such matters. Her belief that Anthony and his wife were murdered by the ghost of the previous owner of the house appears to play an important role in the start of the investigation. For most of the film, she can be seen with her fiancé, Madhavan’s Anthony Gonsalves.

Michael Madsen, who has collaborated with Quentin Tarantino several times, joins the Nishabdham cast as Captain Richard Dickens. Dickens is portrayed as a no-nonsense police force responsible for most of the twists and turns. Madsen’s Dickens is also unwittingly responsible for certain discoveries in the film. Dickens can also be seen as one of those characters who is skeptical about the happenings in the house.

Sakalakala Vallavan actor Anjali can be seen in the movie as detective Maha, who is the non-believer or debunker of the movie. Anjali’s Maha is portrayed by the actor as a person who believes in hard evidence and facts, but occasionally shows her soft side. Maha, as it turns out during the run of the film, is responsible for making a significant number of discoveries on purpose.

Arjun Reddy Actor Shalini Pandey can be seen as Sonali’s character in the film, Anushka Shetty’s best friend on screen. Very early on in the film, it is noted that Sonali is missing. The disappearance leads to a secondary storyline that relates to the determination of Sonali’s last whereabouts. Shalini’s case also comes to an end in the final moments of the film.

Also read: Varun Dhawan takes a look at the wedding after party; Sings ‘That Thing You Do’