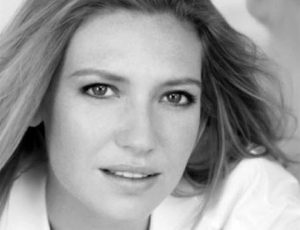 Entertainment One (eOne) has acquired international distribution rights to The newsreader, the one-hour drama series that airs on the ABC in Australia.

The six-part show, which recently started filming in Melbourne, is from Werner Film Productions and is produced by Joanna Werner (Clickbait, Secret City) with creator Michael Lucas. Executive producers include Werner and Stuart Menzies (The crying

The show, with Anna Torv (Mindhunter, Fringe) and Sam Reid (Prime Suspect 1973, Lambs of God), set in the 1980s, follows the relationship between an ambitious young TV reporter and the female news anchor in an newsroom.

Noel Hedges, eOne’s EVP of acquisitions who closed the deal, said the show “offers fiery drama, emotion and suspense every week, populated by such beautifully written, nuanced characters and layered with sharp humor, warmth and complexity.”

The show, by Héctor Lozano (Merlí. Sapere Aude), follows a group of European and Latin American cleaners as they live and love while working in a hotel on the Spanish coast.

Laura Abril, SVP of VIS EMEA & Asia, said the show offered “great international potential” and would explore the lives of “strong women” while “touching universal themes such as personal and work worth, and love in the midst of hardship.”

Fort Puleyne was written and created by Thomas Middleditch (Silicon Valley, B Positive) and Humphrey Ker (Mythic Quest: Raven’s BanquetSet in 1812, it follows a carelessly optimistic young officer who leaves the life he knows for Upper Canada behind to lead an outsider militia serving in the British Army.

Shawn Williamson, president of Brightlight Pictures, is attached to the production, along with Brightlight’s director of development, Jameson Parker.

US-based OTT.Studio has picked up four shows from distributor Cosmos-Maya, which will be available on the service via Roku and Amazon Fire TV.

Vir the robot boy Motu Patlu Tik Tak stares and Chacha Bhatija will be on OTT.Studio’s Cartoon Plus channel, while Cost-Maya has also entered into a far-reaching agreement with Binge! Networks for the same four titles.

With that deal, the shows will be available on more than 100 platforms around the world, including North America but excluding India and the Indian subcontinent.

Science Channel, owned by Discovery, has ordered a new 10-part factual series exploring some of the world’s most enduring mysteries with new forensic techniques.

Conspiracies decrypted premieres December 3, and goes back to some of history’s most persistent and unexplainable crimes and conspiracies, including the bizarre sinking of the USS Scorpion submarine in 1968 and a possible conclusion to the decades-long mystery behind Kite’s disappearance Amelia Earhart.

The series was produced for Science Channel by Bigger Bang and distributed worldwide by Fremantle, with Iain Riddick, Tom Adams and Wyatt Channell as executive producers. Andrew Barron is a serial producer.