Mahesh Narayanan’s See you soon, released directly on Amazon Prime Video, received rave reviews from viewers. Of particular note is the fact that the film was shot in less than 20 days with an iPhone camera and the whole story is told through screens. These factors have piqued viewers’ curiosity and as a result the film has attracted several people who may not have watched a South Indian – let alone Malayalam – movie before.

Even film critics who don’t usually review South Indian films have been praised See you soonAlthough there are four major film industries in the south, Indian cinema is often equated with Bollywood. There is a perception among those who have not seen South Indian films that “in the south” the films made are all noisy, unrealistic and grossly exaggerated. The public outside of South India has at most heard or watched Rajinikanth Baahubali or KGF

For example in Dil Bechara, where Sushant Singh Rajput plays a Rajinikanth fan, his character says he wants to be just like Rajinikanth. “I want to be like Rajini, sir. I want to beat up the bad guy, save the heroine, die for her,” he says. However, this is not at all typical of a Rajinikanth movie, as veteran viewers would know. Of course bad movies are made in the south just like in Bollywood, but several beautiful movies are also being made.

If you are new to South Indian movies and need some recommendations, here’s a list of 20 to get you started. All of these movies are fairly new and available online with subtitles. This is by no means an exhaustive list and is just a starter pack!

A Nigerian football player comes to play at a local sevens club in Malappuram. But he breaks his leg and ends up in his manager’s house. While much is lost in translation between him and the family, both parties also find new meanings. Directed by Zakariya Mohammed and starring Soubin Shahir, Samuel Abiola Robinson, Savitri Sreedharan and Sarasa Balussery, this is a heartwarming drama not to be missed.

A coming-of-age story from a girl’s perspective, this honest film is both funny and moving, taking us through the various episodes that impact the protagonist. First love, exam stress, adolescent confusions, relationships with parents … the movie has it all. The film, directed by Roopa Rao, stars Teju Belawadi and Nischith Korodi.

This little movie with a big heart takes us through four different love stories, from a schoolboy’s crush to an office romance. The small town atmosphere is wonderful, the humor organic and the people so believable. Directed by Venkatesh Maha, the film features several newcomers to the cast.

Celebrate brothers, their loves and lives. And another man obsessed with controlling the women in his household. What happens when these incomplete men and The Complete Man shrug? Directed by Madhu C Narayanan, this is a clever and hilarious take on patriarchy with a host of talented actors in the cast, including Fahadh Faasil, Soubin Shahir, Anna Ben, Shane Nigam, Sreenath Bhasi and others. 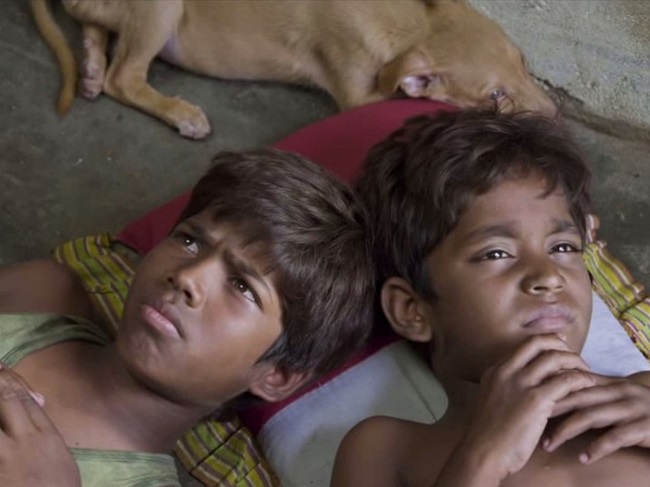 Two young brothers living in a slum would like to eat pizza, but the restaurant won’t let them in. It’s a real life story and the movie could have been a tear-jerk, but director M Manikandan enters the story instead. with a lot of humor and spunk. Watch out for Aishwarya Rajesh who plays the mother of the two boys (J Vignesh and V Ramesh).

Desperate to change his rhythm, a traffic cop decides to investigate an old missing persons case, which leads him to uncover several secrets. With an intriguing plot and great performances, anyone who loves a good thriller will appreciate this film directed by Hemanth Rao and starring Rishi, Ananth Nag and Achyuth Kumar.

Remake of a South Korean movie Miss grandma, this film is about a whimsical older woman who gets into the body of her 20-year-old self and rediscovers the joys of youth. Directed by Nandini Reddy, starring Samantha and Lakshmi, this movie puts you in the side. 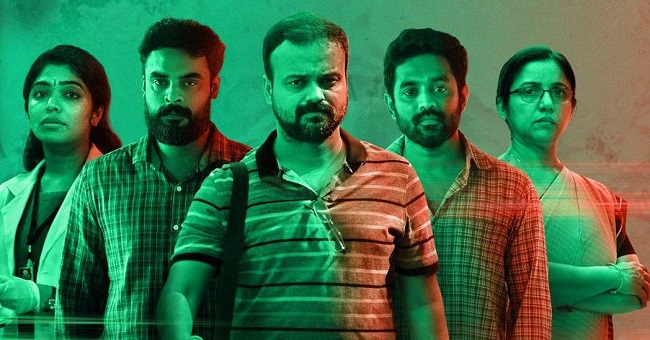 Even as the world grapples with the coronavirus pandemic, this film tells the real life story of how Kerala fought the Nipah virus. Carefully researched and with a lot of inspiration from real characters, this director of Aashiq Abu has several big stars in the cast, including Parvathy, Kunchacko Boban, Tovino, Asif Ali, Revathy, Rima Kallingal and many more.

There’s nothing like first love, with all its intoxication and crazy energy, isn’t it? And what if you could have it again? This deeply moving and intensely romantic film features two high school sweethearts who meet again at a school reunion. Life has changed, one has moved on and the other has not. This film, directed by C Prem Kumar, stars Trisha and Vijay Sethupathi. Govind Vasantha’s divine music deserves special mention.

A bald man is desperate for love and romance in his life, but he is constantly rejected because of his appearance. But then he meets an obese woman and finds her flawed. This funny movie directed by Raj B Shetty also features him in the lead role. Shailashree plays the female lead. 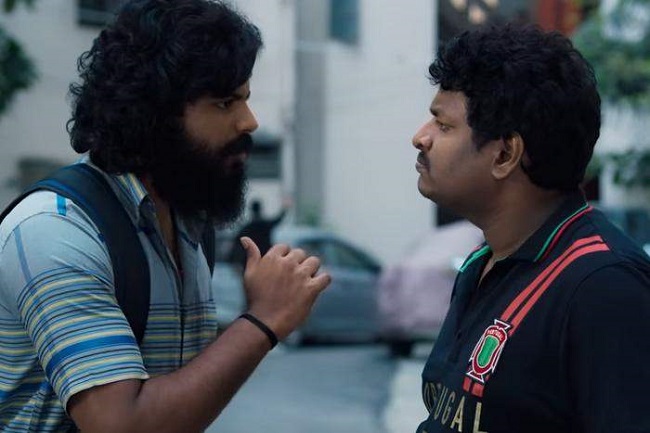 A delivery person decides to follow his colleague’s advice and cheat customers. But it’s no fun when he ends up with a dead body in his hand. This quirky film has a lot of situational comedy and takes unexpected turns. Directed by Ritesh Rana, the film features Sri Simha and Satya in the lead roles.

Two men, one an underdog and another a privileged brat, find themselves in a massive ego battle that shows no sign of ending. This honest saga of a cop versus an ex-serviceman would have been like just another mass hero movie were it not for the story refusing to classify as hero or villain. The film also manages to weave caste discrimination, patriarchy and toxic masculinity into the script. Directed by Sachy, the film stars Prithviraj and Biju Menon.

If you are a fan of the serial killer genre, this is a thriller not to be missed. A layered story with believable red herrings and surprising twists, this movie features a reluctant cop who goes on a hunt for a clever killer. Directed by Ram Kumar, the film stars Vishnu Vishal and Amala Paul.

A comedy set in the background of a 101-year-old man’s funeral, this film set in a village brings three stories together. With its credible characters, humorous situations and realistic dilemmas, this film directed by Raam Reddy has a large number of non-professional actors in the cast, which makes it all the more special.

This psychological drama has so many bizarre twists and turns and shows bizarre situations and crazy characters that you wonder if there is a point for the chaos. But rest assured, there is. Directed by Prasanth Varma, the film features several household names in the cast, including Nithya Menen, Regina Cassandra, Kajal Aggarwal, Priyadarshi Pullikonda, and others.

An intercaste couple marries despite family opposition. While on a bus, a thief steals it from the woman thaali chain and eventually swallows it to avoid getting caught. What follows is a laugh that also evokes some profound insights. Directed by Dileesh Pothan (his Maheshinte Prathikaraam is also a must-watch), this film stars Suraj Venjaramoodu, Nimisha Sajayan and Fahadh Faasil.

A Dalit-caste law student falls in love with a dominant-caste woman. Unaware of the violence her family is unleashing on him, the young man fights back. The film also sheds light on the systemic discrimination in educational settings. Directed by Mari Selvaraj, this hard-hitting film that generated much discussion and debate features Kathir, Anandi and Yogi Babu in key roles.

A young widow wants to explore her physical desires, but is faced with social limitations and compulsions. A subject considered taboo, the film looks at the lives of women living under an overbearing patriarchy. Directed by Mansore, the movie stars Sruthi Hariharan.

A gripping sports drama about a cricketer who has to give up his dreams, but is later determined to make a comeback for the sake of his son. Directed by Gowtam Tinnanuri, the film stars Nani and Shraddha Srinath.