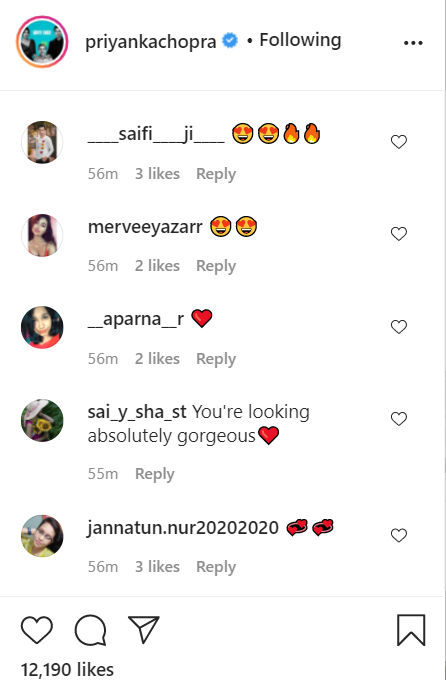 After seducing fans with her role in the latest movie The white tiger, actor Priyanka Chopra Jonas is all set to start working on her upcoming miniseries entitled CitadelPriyanka Chopra took to Instagram on Monday to share a photo of her looking gorgeous as she embarks on her new day. Along with the photo, the actor also wrote a note in the caption to reveal the details.

Priyanka Chopra Jonas stuck to her Instagram account and shared a photo of her going to work to shoot her upcoming series. In the photo, the actor can be seen sitting in a vehicle resting her head on her palm while taking a candid pose. Priyanka can be seen in a gray sweater and completed her look with a pair of earrings and sunglasses. She also opted for a fringed hairstyle with glossy lips and minimal makeup.

Also read | Priyanka Chopra Jonas thanks fans for their love of ‘The White Tiger’; Fans call it ‘great movie’

Once Priyanka Chopra shared the post online, fans went all out to praise the actor. The post received likes and many comments from netizens. Some users wished her luck, while some praised the actor for her upcoming ventures. One of the users wrote: “You look absolutely gorgeous”. While the other wrote, “woohooo! I have them Priii ”. Apart from this, fans also responded with a lot of emojis. Check out a few more comments below.

Also read | What is the ONLY important question Priyanka Chopra asks before approaching a role?

About The White Tiger

The white tiger plot follows the story of a poor man who works as a driver and later becomes a successful entrepreneur. In the latter part of the film, while experiencing betrayal despite being a faithful servant of his master, he decides to fight the social system. The white tiger cast includes Rajkummar Rao as Ashok, Priyanka Chopra Jonas as Pinky, Adarsh ​​Gourav as Balram Halwai, Nalneesh Neel as Vitiligo Lips. The film premiered on January 22, 2021 and garnered high praise from the public.